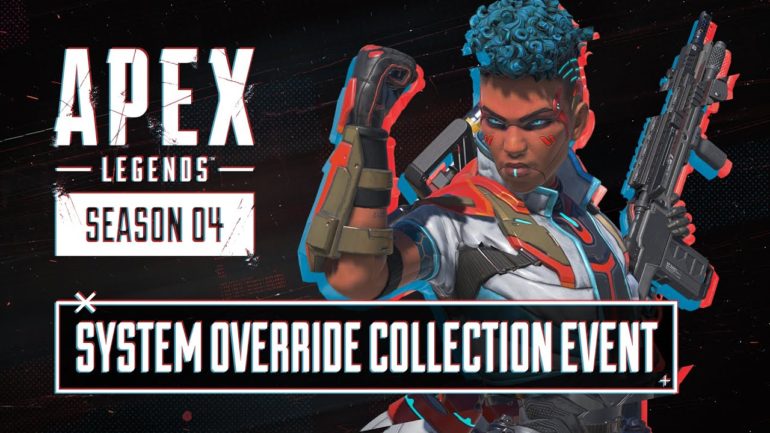 Cyberpunk seems to be a popular theme for 2020. Next week in Apex Legends, the event System Override comes into play, and it brings a couple of new things with it. Besides new Cyberpunk themed cosmetics, the new EVO Shield is finally coming to Apex. An armor that upgrades itself the more you hurt other players. Unlike before, EVO Shield can be potentially stronger than the Legendary Gold Armor and has five bars instead of four. The catch is it starts of relatively weaker than even Level 1 Shield Armor.

For the first week of System Override, the battle royale event will take place in World’s Edge. This time, with a twist. Everybody knows where the circle is heading as there will be one ring pattern per day. And loot equipment found all around doesn’t change per game anymore in the limited time-mode Deja Loot. This makes it a fight for knowledge as players will memorize where certain advantageous items are at the start of the match. Expect brutal drop zones. The second place of System Override will take place in King’s Canyon.

Of course as expected, new cosmetics are coming to us this event. With the main theme being Cyberpunk. The heirloom everybody is dying to get their hands on is the Butterfly Knife, which may be Octane’s heirloom.

System Override is coming to Apex Legends this March 3rd. Don’t miss out on this one-time Apex event.