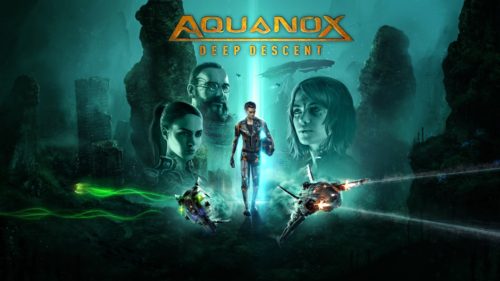 Aquanox: Deep Descent is an action RPG first person shooter set in a “Waterworld” but only this time everyone on the planet lives underwater and the mode of transport and warfare is with submarines.

Humans have fled dry land due to the fall out of nuclear war (and something else) and call this The Last Day. They now live under the ocean inside big underwater habitats and traverse with underwater ships and mini-submarines called DSFs. In this game, players will take on the roles of four characters that have been frozen before The Last Day. They are woken by a mysterious man named Ishmael and are guided to another person, ship captain named Okabe and his crew. Together you journey the seas to find clues as to what has happened to the world, the memories you lost, and the mission you are supposed to complete after waking up from cryostasis.

One of the best parts of Aquanox: Deep Descent is its story, which got me hooked. It had a good premise, the goal was clear, and the characters were very interesting. Each member of the “Cryos”, the guys under cryostasis, had their own personalities and did not stand out too much, but also supported each other. If this game was a book, I would have had a good time and would be in my bookshelf so I can read it again another time.

Aquanox: Deep Descent’s gameplay has its good parts and faults at the same time. The battles were good and it felt like it was a submarine battle, adding some realism to it. RPG elements were present as well, allowing players to repair your DSFs and recharge shields. You can even create bullets and items for recovery in the middle of battle, but the DSFs will be vulnerable to enemy fire. The nature of the submarines had realistic elements as well. Larger subs had tougher armor and bigger life points, making it harder to destroy, but it with the cost of agility. Smaller subs were lighter, faster, quicker in battles, but getting hit would mean half, nay, even three-fourths of the life bar.

Exploration was both a thrill and dizzying at the same time. You get to explore different parts of the ocean and jump through portals that connect different ones from all over the world, meet different factions, make deals with them, and sometimes hunt for bounties to gain some extra cash. Missions and sidequests were not that complex as they are straightforward. You got to one point, explore that certain area, hunt your targets, extract needed items, and just come back. There is no complicated step to follow, which is a good point in my book. Finding your treasures can be confusing at first, but once you get the gimmick, you can easily find your targets.

Battles can be interesting and at the same time make me cross-eyed. Fighting against other ships can be challenging at first, but once you get their strengths and weaknesses, you can easily win your fights and complete your missions. While it is fun to have targets come to you from all angles, it also made me feel sick. It is just hard to keep up with the camera that swerves around too quickly, which made me a bit dizzy. I had to rest my eyes a bit before I could continue. Other gamers might be able to keep up though, if they are familiar with this type of camera speed.

The game physics were realistic, which was both good and bad for me. The good news was that I could take advantage of getting around underwater just like in the real world: everyone is not as agile as they think they are. They will have to abide to the laws of physics, which meant it was not easy to turn around or make sharp turns. And so this was also the bad news: it is not easy to dodge enemy fire. Yes, you have pressure boosters to jettison your DSFs out of the way, but that was only limited to five (default and not yet upgraded). So your only choice is to drive your subs sideways as hard as you can and hope that the homing missiles will miss the target. What I am trying to say is that this game’s underwater physics is as realistic as it gets when it comes to underwater navigation, but it is not fun in terms of gameplay.

Aquanox: Deep Descent has some solid voice acting, which made the story telling more interesting to follow. It did not try too hard with its drama and their dialogue felt genuine and real compared to a few games out there. The music track is also not that bad, but not that good either. It just makes you feel you are in a world where people are living underwater. It just had that kind of vibe.

In terms of bugs, I did experience some here and there when it came to some cutscenes. For some reason, the audio just cuts out. It happened on more than one occasion.

Aquanox: Deep Descent’s graphics are just average, in my opinion. It is not that visually over-the-top like any other triple A games out there, but at the same time it is not that ugly. It has some appeal like you feel you are inside a submarine, but the environments look somewhat dull or not exciting for some reason. The characters in dialogue are in 2D, which is a great touch. If it worked for the previous versions of the series, then it definitely worked here. Even the cutscenes worked well in 2D.

Aquanox: Deep Descent has good replayability since it has an online multiplayer feature, which offer players the option to play against each other in dogfights or cooperatively during the campaign. There was no new game plus feature (a shame), but the ending was satisfying and did not really “need” a post-game mode. It would have been great though if there was, but not required. (In a future patch? Maybe?)

Aquanox: Deep Descent is a decent game to play from start to finish. A dystopian world where the surface is uninhabitable and the only choice is to live under the sea is not quite believable, but also possible. The characters were quite relatable and pair that with great voice-acting, the dialogues were not boring at all. I can replay it in the near future, but I would not do so religiously. 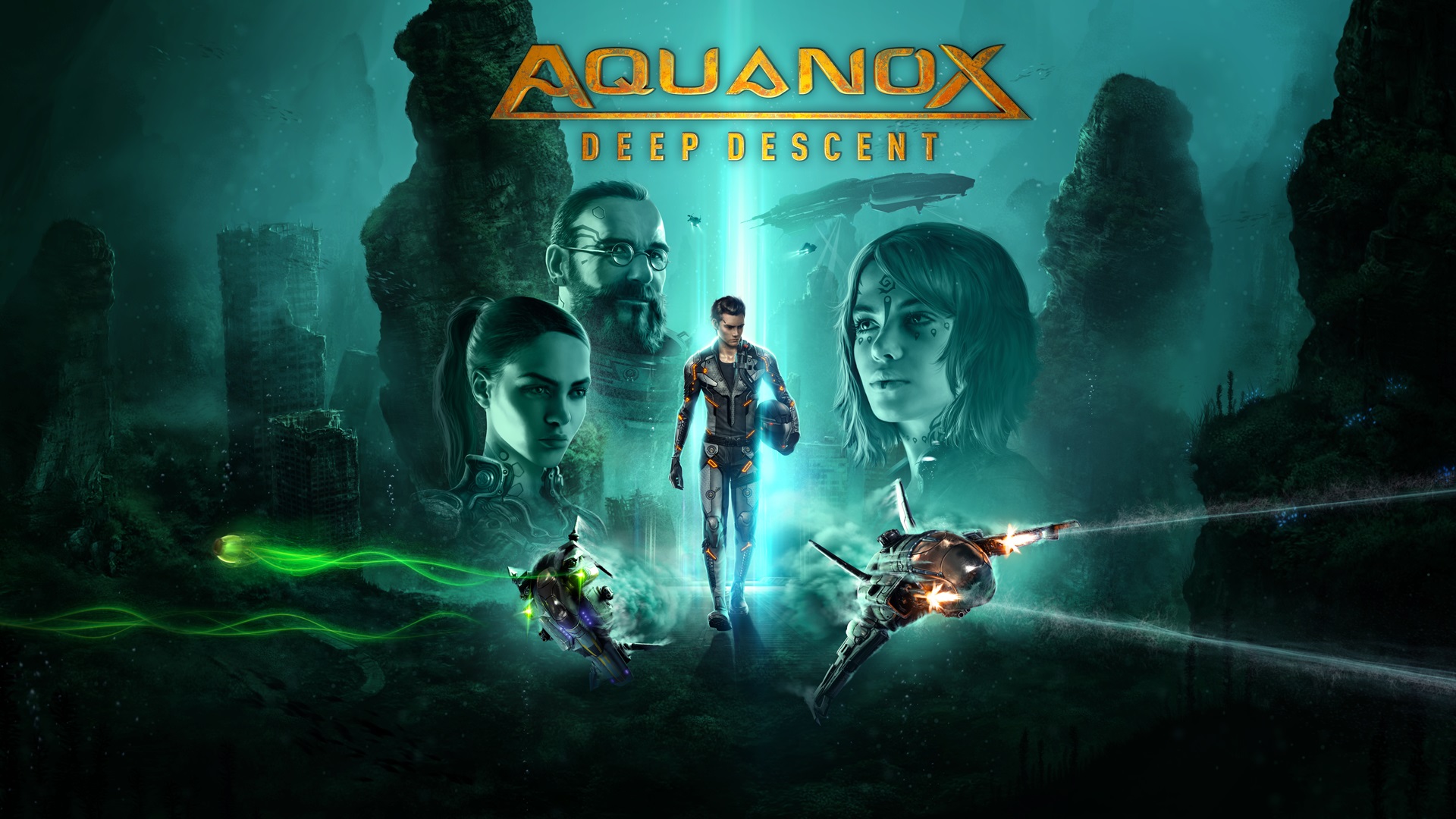 Aquanox: Deep Descent – Review
Score Definition
We tell you, it’s a good game! It’s not average! It might have some problems here and there, but you have to admit it is a “Good” game.
Pros
Interesting story
Good underwater submarine combat
Great, believable voice acting
Realistic underwater physics
Beautiful 2D portraits instead of trying hard 3D models
Straightforward missions
Cons
Dull environments for some reason
Underwater battles and navigation is not that fun
Camera in combat makes you dizzy
7
Good