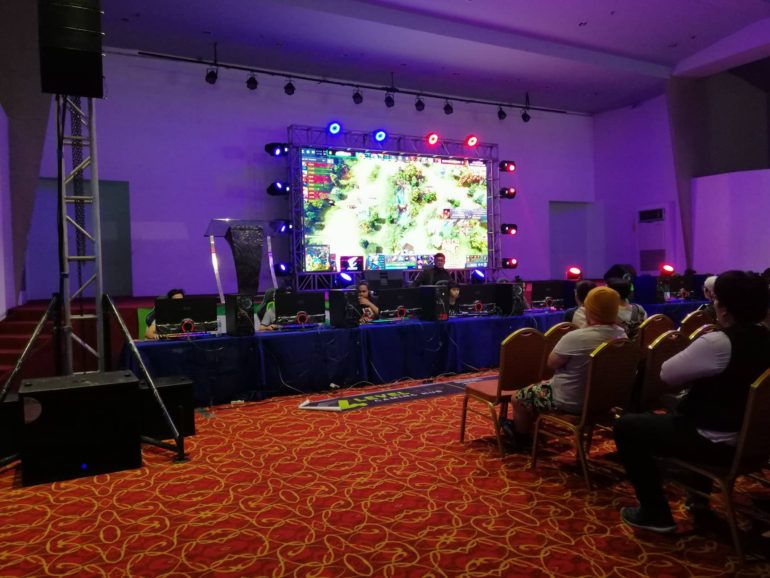 The sight of people dressed up in their favorite characters flooding up the JCenter Mall might be something odd to the commoners. But for those in the know, this only means one thing. It’s the start of ArchCon 2019. A day that gamers, hobbyists, otakus and the like have all been waiting for.

It is not hard to locate where the event is being held. Just follow the flock of cosplayers who come in packs and they will point you to the right direction. The event was held in the JCenter Mall Conference Hall and the sight that greets you when you get there is something to behold. If you wanted to get in on the action right away, you might want to come very early or you will have to wait in long lines. I did notice there were several counters for walkins, for those who reserved online and a different counter for media, event participants and sponsors. If you just happened to stumble upon this event, the ticket price is 200 pesos.

Once you get to the event floor, You will be greeted by the sights, the sounds and the chaos that is ArchCon 2019. The mood it creates is very contagious and you can’t help but smile and be happy with everything in sight. I went straight to the booths that were selling anime stuff. One couldn’t resist but get tempted to buy off one or two keychains. I mean how could I not? They were selling them cheap. Posters were being sold for 20 pesos while keychains were sold for 70 pesos or more depending on the quality. Some booths were selling made to order artwork from artists who are manning the booth. Some booths had promotions, buy 3 and get free 1 item. Or buy an item and get your picture taken with a famous cosplayer. Every booth had something for everyone. There was this one stall that was also selling shirts which I bought one from. I just had to, they were selling a tshirt with Morgana from Persona 5 on it. At the price of 400 pesos the quality of the print and the shirt was worth it.

But what really was the highlight of ArchCon 2019 Day 1 was none other than a simple game of rock paper scissors. Why you say? Well let me tell you why. It is all thanks to Royal Rumble. A production company that took care of the shoutcasters and the overall production of the event. They came up with the RPS Battle Royale. The game was open to all participants in the event and it’s for free. All you needed to do was sign up and they will give you 3 tokens that you have to wear all the time in the event area. Whenever you see someone wearing those tokens, you can come up to them and challenge them to a round of Rock, Paper, Scissors. Whoever wins, gets a token from the loser and then you can go on your merry way and challenge someone else. Whoever had the most tokens at the end of the day will win the mystery prize. The prize for Day 1 was a PS4 Pro, Day 2 will most likely going to be a Nintendo Switch.

I think the game was ingenious. It allowed you to interact with the people around you. Strangers and friends alike. It gives a whole new meaning to the convention. It gives you the opportunity to strike conversations with people or you know just challenge them straight out. Kids, teens, adults were all playing the game and it was so fun to see how people came together and participated all for the glory of being number one.

Overall, I would say ArchCon 2019 Day 1 was a huge success. I can’t wait what Day 2 brings and what else will be in store for me. To see more of what the event has to offer check out the gallery below: