Ary and The Secret of Seasons – Review 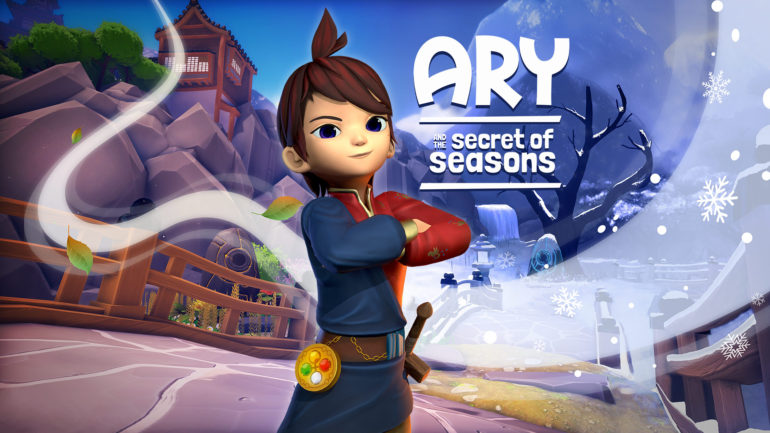 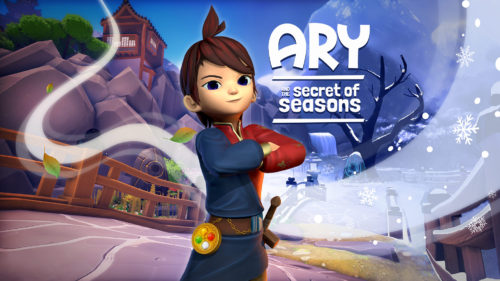 Ary and The Secret Of Seasons is an adventure game by indie studio Exiin. It tells the story of Ary, a young girl with a proclivity to adventure. When her brother goes missing, her father–the Guardian of Winter–becomes too incapacitated to answer the call of the land which has become mystified by a mysterious power that has caused the seasons to be disarrayed. Ary must step up and take her father’s place, journeying all over the land of Valdi to restore the seasons, discover the secrets of her homeland, and search for her brother’s whereabouts.

I covered this game a while back after getting the chance to play the preview version. Right after I played that, I was immediately hooked. I wanted more of the game. I wanted to know more about the world and the main character. And now, after having played the full game, I have to say I was very dissatisfied.

Ary and The Secret of Seasons has a very ambitious vision. It promises a story of grandeur, an epic adventure, overwhelming battles, and so on. It takes heavy inspiration from the Legend of Zelda games, known for their epic storylines and fun gameplay. At the surface, Ary and The Secret of Seasons is able to capture that essence of fun and splendor, but sadly that is where it all remains: at the surface.

As a game that takes inspiration from Legend of Zelda, it was able to capture that perfect mix of playfulness and enigma this kind of art direction can provide if done right. Unfortunately, as great as the game looks at still, it is hindered by waves and waves of glitches and bugs. Textures won’t render properly, the framerate is incredibly inconsistent, the transition between cutscenes and gameplay is laggy, and the screen can be overpopulated with the quest HUD and you don’t even get the option to turn that off.

I found one bug to be so game-breaking, I almost stopped playing the game entirely. There was one main quest I had already finished, but the game’s quest HUD would not acknowledge it. This means the waypoint on the map would still point towards this area even though I was done with it, and I had to push the game forward on my own initiative. This went on until the credits rolled.

For a game that is so heavily centered around its setting and world history, the areas itself feel very… dead. The NPCs you interact with don’t feel real. And while I’m not saying that this game should aim for realism, there’s a fine line between artificial and proper immersion and the game fails to cross that line. Everything feels very artificial. And the fact that a lot of these NPCs bug out in the middle of a conversation by disappearing or by halting talking altogether does not help at all.

Most of the dialogues in the game are done via texts. Voice overs are only ever done in cutscenes and talking to other characters during actual gameplay will only be done through reading. This is fine. A lot of games do this well. Ary and the Secret of Seasons attempt to add emotions to these interactions by having the NPCs make these different kinds of noises, which I have to say works well when the interaction is humorous and not so much in serious conversations. I found myself giggling at these most of the time, even when the situation calls for a much serious emotion.

Speaking of humor, the game provides a lot of laughs through its cutesy dialogue and silly interactions. A lot of the characters in the game are mainly just for comic relief, even though they matter in the overarching narrative or they actually do serve a purpose in the gameplay as a whole. Ary herself is a quick-witted little fella and its fun to see her interact with some of these characters through humorous banter.

It’s also fun to see just how “self-aware” this game can be. One character in particular constantly makes meta jokes and poke fun at the game itself. At one point, you’re given the objective of “borrowing” something instead of “stealing” it, which is what you’re actually doing. I like how this is staying true to the character of Ary, in the mind of a child, she’s just “borrowing” this item and not taking or stealing it. The way Ary reacts to the world and everything around her is also very loyal to her character.

The game as a 3D platformer works very well most of the time. The puzzles in the game are well-done and levels are crafted in a way that forces you to make use of everything in your arsenal to get from point A to point B. A lot of these puzzles are very intelligent in nature and require proper analysis to solve. There are a few times where the puzzles can become repetitive and tedious, though, such as the dragging of massive spheres to a corresponding spot to gain access to the next area.

Where the game’s traversal aspect succeeds, its combat mechanic fails miserably. The combat in the game is so sloppy. Often times, you’ll just end up mashing your attack button hoping it will do the job as there’s no other way of fighting the enemies. You get the chance to make use of your season manipulation sometimes but it is so lackluster that it’s forgettable. This is one aspect of the game that could have been improved upon and it would have made this game so much better. The potential here is enormous and it’s sadly not utilized. The parry timing in the game is also very sloppy and unfulfilling. Every time you’re forced to fight someone, you just want it to end so you can get to solving the next puzzle.

Finally, the game’s story. The story is fairly decent… right up to the end. The game has a narrative that’s presented with a cutesy exterior, but it does have a level of tragedy if you look at it closer. The story also uses a couple of twists and turns to steer away from linearity every once in a while. There’s one level in particular which I found to be darker than others. This part of the game, which involves kidnapping, could have added depth to the overall story. Sadly, it is never explored again once you’re through it.

The game’s ending will perhaps become infamous in time for being one of the most “bizarre” game endings of all time. I won’t spoil it here for you, but the ending is so out-of-nowhere that it’s almost ridiculous and laughable. Not much more can be said about the ending, aside from the fact that it possibly sets up a sequel.

All-in-all, this could have been a game that you can just have fun with and not take seriously. It’s unfortunately riddled with a ton of game-breaking bugs that you’ll spend more time being frustrated and disappointed rather than actually having fun. It feels like a beta version, almost. These bugs can very well be fixed in the future and maybe the experience will be more enjoyable then. For now, however, this game feels like an unfinished product that was pushed forcibly towards release. The game’s combat is so unfurnished and unexciting. The story feels… rushed. All of these aspects are such a shame because I feel like the game has a lot of potential and the main character is really likable. Sadly, that potential is far from attained. 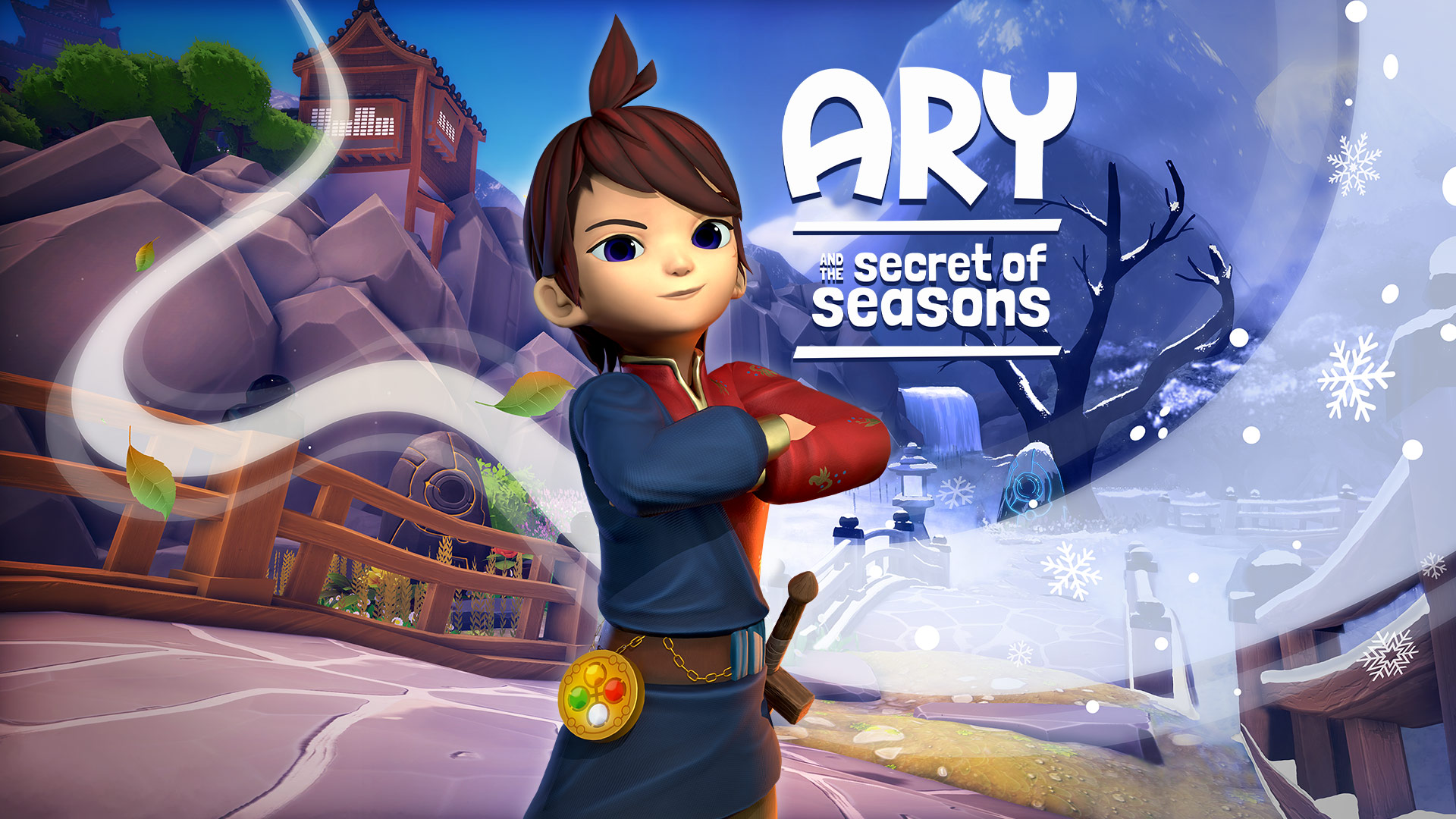 Ary and The Secret of Seasons – Review
Score Definition
You’ll be left out with a “meh” after finishing the game. What game did we just play?
Pros
Fun puzzles
Likable main character
Cons
Game-breaking bugs
Sloppy combat
Lackluster story
Ridiculous ending
4
Below Average