Lots of leaks, lots of deleted. 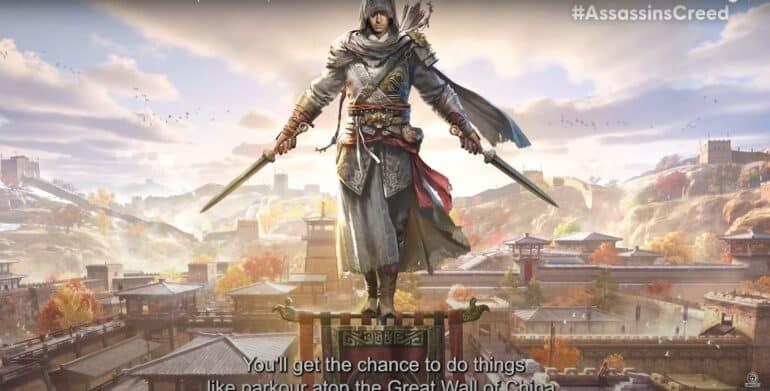 Update: New leaked gameplay video shared. Check it out below:

Later, more footage was supposedly leaked online. It showed more gameplay, which focused on stealth and combat. Unfortunately, the video got deleted right away. Ubisoft is now on fierce watch for leaks, quickly deleting them as soon as they are uploaded.

According to witnesses who already saw the videos, the gameplay looks similar to Assassin’s Creed Odyssey with damage numbers and Ultimate power moves. Players can parkour on rooftops and once again can hide in haystacks.

The main theme music got leaked too, but again, got deleted a few hours later. It was a “China-fied” version of Ezio’s theme music, which made some fans emotional for a bit.

It was revealed that these leaks actually come from beta testers who are uploading a few clips here and there online.

No official details yet. Assassin’s Creed Jade is coming to mobile devices in the future.