The labels are gone now to clear up the confusion. 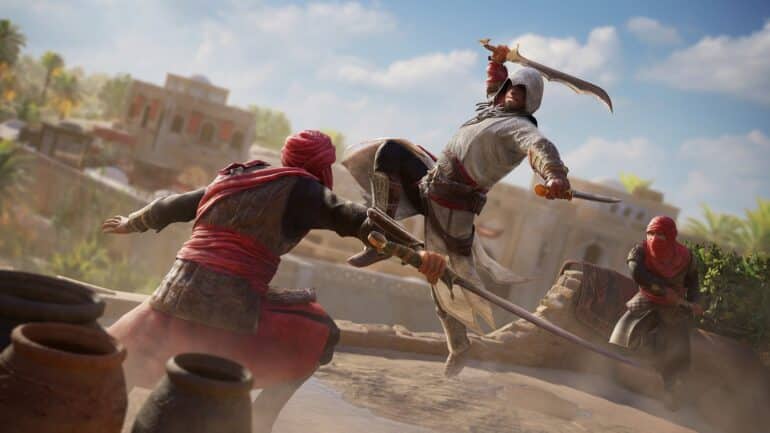 Ubisoft has recently released a statement to assure fans of the concerns about the listings for Assassin’s Creed Mirage.

The game company has recently shared a statement after fans were concerned about the listings for the AC Mirage. The listings included Real Gambling, as part of Adults Only and 18+ ratings for the title.

It was revealed that the US Xbox store listing had warnings that says “Intense Violence, Blood and Gore, Sexual Themes, Partial Nudity, Real Gambling”. It was listed as having a rating an Adults Only 18+ from the ESRB. Today, it has changed to Rating Pending Likely 17+.  The UK listing has Extreme Violence but Real Gambling is gone.

The Real Gambling label was concerning because it meant the game might have a feature that would make players spend actual money on gambling in the game like in an online casino. Simulated Gambling would not involve real money and would only simulate gambling, for example in the past.

Media outlet Eurogamer received a statement from Ubisoft to clear up the misunderstanding. It was clarified that the mentions are an error and that no gambling or lootbox-style mechanics will be present.

“Following the announcement of Assassin’s Creed Mirage during Ubisoft Forward, some store pages mistakenly displayed the game for preorders with an Adults Only ESRB rating,” a Ubisoft spokesperson told Eurogamer. “While Assassin’s Creed Mirage is still pending rating, Ubisoft wants to reassure players that no real gambling or lootboxes are present in the game.”

Assassin’s Creed Mirage will be released in 2023. It will be available on PC, PS4, PS5, Xbox One, and Xbox Series X/S.