Nothing is true! Everything is permitted! Every leak just got confirmed! 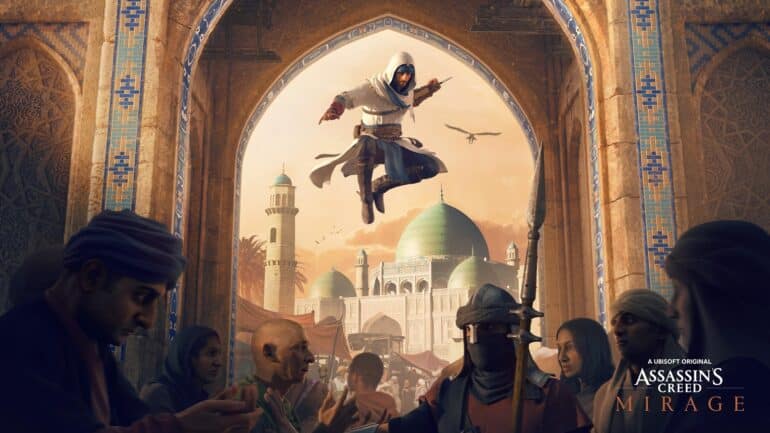 Update: Confirmed! Ubisoft has now confirmed the next entry to the Assassin’s Creed series, Assassin’s Creed Mirage. The new artwork uploaded by the developer confirms that it is Basim and the timeline will be in his younger years set in Baghdad. More news will be shared during Ubisoft Forward Livestream on September 10, 2022.

A new leak online has revealed the possibly next entry Assassin’s Creed Mirage and its pre-order bonus.

Yesterday, a new rumor was circling around online talking about the new entry to the Assassin’s Creed series, Assassin’s Creed Mirage. Today, a new leak that includes images might have just given fans the first look at the game’s main character and the pre-order bonus.

Twitter user @ScriptLeaksR6 leaked two images online that show the name of the title, Assassin’s Creed Mirage, and the assassin centered in it. The other image has a subtitle saying “The Forty Thieves Quest” which could possibly mean a pre-order DLC mission, a common gimmick done by Ubisoft to give exclusive content for those who pre-ordered the game. It has not been verified if these images are legit, but some fans have confirmed that this has appeared on the Ubisoft store for a quick moment.

Also, The Forty Thieves Quest is something very related to the theme of the next entry of Assassin’s Creed. The “DLC mission” references the popular tale Ali Baba and the Forty Thieves, which is from Iraqi folklore. Since the next entry is going to be set in Baghdad, this could be the connection if this leak is true.

The assassin featured in the image looks like the assassin Basim from Assassin’s Creed Valhalla. This could be in his time. The next entry could be his story.

The Ubisoft Forward Livestream will be held on September 10, 2022, and could reveal Assassin’s Creed Mirage during that time.