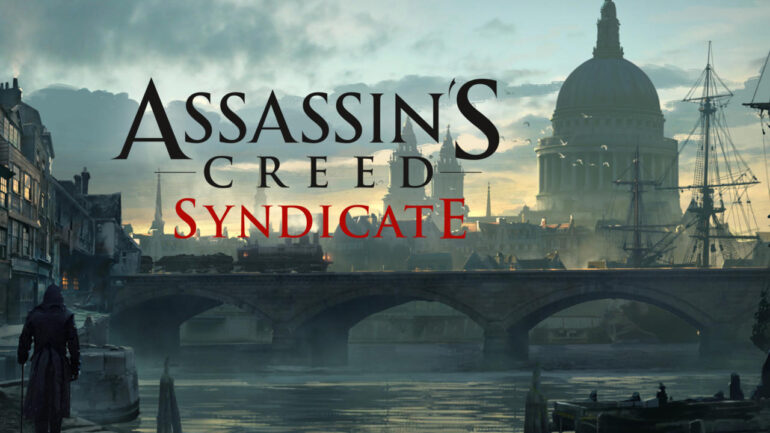 The story revolves around you. You are an Abstergo subject-turned-Assassin initiate who is out there using the Animus to locate the Pieces of Eden through the eyes of two Assassins, Jacob and Evie Frye. Assassin’s Creed: Syndicate is set in 1868 and presents us one story through the eyes of 2 Assassins and their efforts in freeing London from the grip of the Templars who’re lead by Crawford Starrick. Jacob’s story revolves around him forming a gang called the Rooks in order to overthrow the Templar,  controlled rival gang called the Blighters, all because Jacob believes that taking London through overthrowing the Templars’ control on mercantilism and crime is the key to defeating them. Evie’s story on the other hand focuses more on the locating and the retrieval of the pieces of Eden as she believes that it is the most effective way of defeating the Templar threat in London. 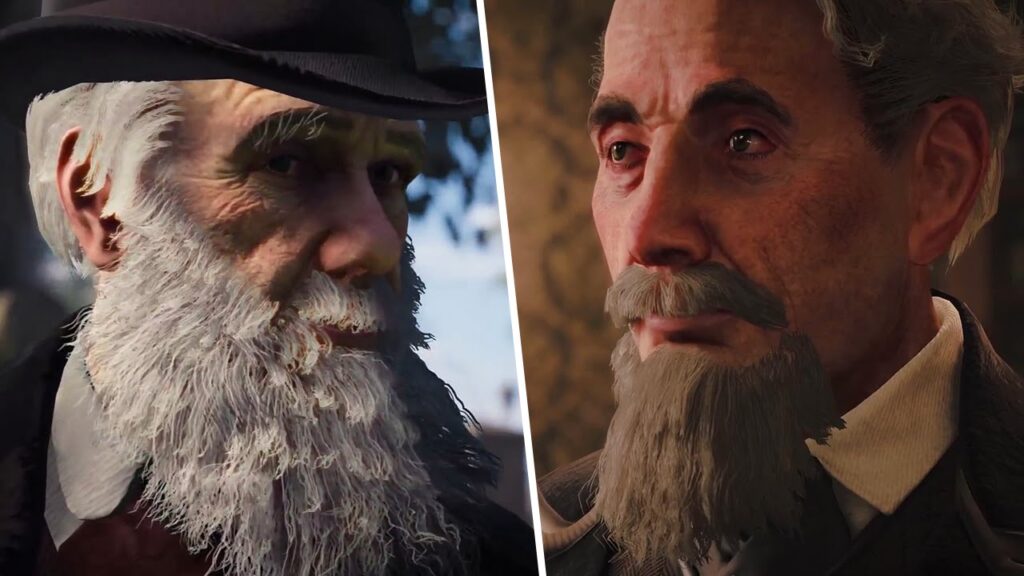 Of course, along with every Assassin’s Creed installment, you’d expect to see iconic people in those respective eras. In  this installment, we get to see people like Alexander Graham Bell, Charles Darwin, Charles Dickens, a young Arthur Conan Doyle and of course, Queen Victoria herself. While I personally would enjoy these people’s appearances, I kind of have a bit of a problem with how, specifically the character of  Charles Darwin was utilized. In the game he appeared to be a weirdo who seemed to have made it his goal to stalk and take down Starrick’s business which made Darwin feel like a complete comic relief. I felt that he could’ve been utilized other than a comic relief.

The game’s setting does a great job on setting the mood for everything, most especially the gameplay. Being set in the industrial age, carrying weapons like swords are banned. It’s because of this historical setting that Assassin’s Creed Syndicate, utilizes a fast paced style of fighting, utilizing small arms weapons like brass knuckles and pistols and concealed weapons like the cane sword. You can say the the game’s fighting mechanics became “button mashy” as opposed to its slow to medium paced fighting system before in which counterattacking would do the job perfectly. 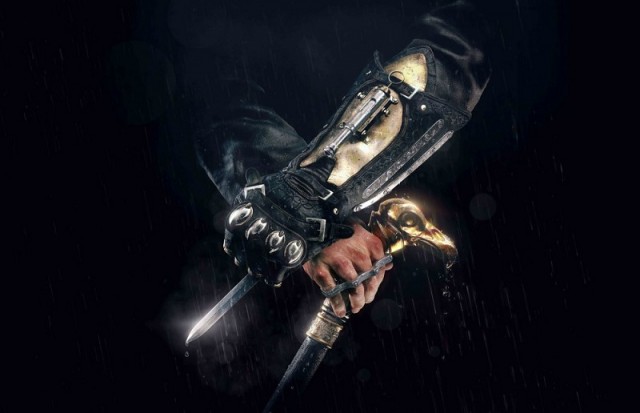 Also because of the era’s utilization of carriages, this opens up faster means of traversing the city of London, but this isn’t the only way to use the carriages. The game allows us players to use the carriages to ram over opposing carriages or run over unfortunate grunts and bring about a destructive chase scenario throughout the streets of London. Though there are other means of travelling London like the steamboat and the Assassin’s train hideout, however one of the game changing additions that changes the player’s mobility is the rope launcher in which you can use to zipline across buildings and perform zipline assassinations reminiscent of one of the hook blade’s uses which was introduced in Assassin’s Creed: Revelations.

The graphics are great. Something easily expected from  Assassin’s Creed. I loved how they constructed the Victorian era England. Down to its smallest slums to the grand display of business and innovation in the boroughs, to the classic sights of steam engine trains travelling from station to station and carriages filling the streets which give off a bustling and busy feels to the streets of London. It would be silly if I’d say that I didn’t find the landscape and our characters visually stunning. There is just one small problem though:

The rendering, and for the PC version, it’s the cloth physics that just stands out the most.

Rendering was primarily one of the problems that gave its predecessor, Assassin’s Creed Unity, problems. Though the rendering isn’t as much of a colossal problem compared to Unity, you’d have thought by now that Ubisoft had learned their lesson. The rendering on the cloth physics of Jacob and Evie’s coats are just weird to look at, being more noticeable on Evie. However this problem isn’t just limited on the cloth physics, other things such as the stagecoach-wheel effect of the wheels of the carriages are also locked at 30 frames which makes you wonder if the 60 frames was just an illusion. Setting the frame limit with the help of a third-party program like MSI Afterburner will help solve this problem. This huge eyesore of a problem could’ve been easily fixed if Ubisoft just included in an option to change your games refresh rate to 30 frames, which I found completely dumbfounding.

Perhaps I can argue for the franchise when I say that its audio is what helps bring each of the franchise’s installment’s set environments. Certainly, Ubisoft has done a great job in Assassin’s Creed: Syndicate too for bringing the bustling industrial revolution era to life. Each of the character’s actors did a great job in putting personality in their characters, and along with the audio effects brought in with the game, makes us live the industrial revolution, completing the circle on bringing in the era, right in the player’s desk/screen. 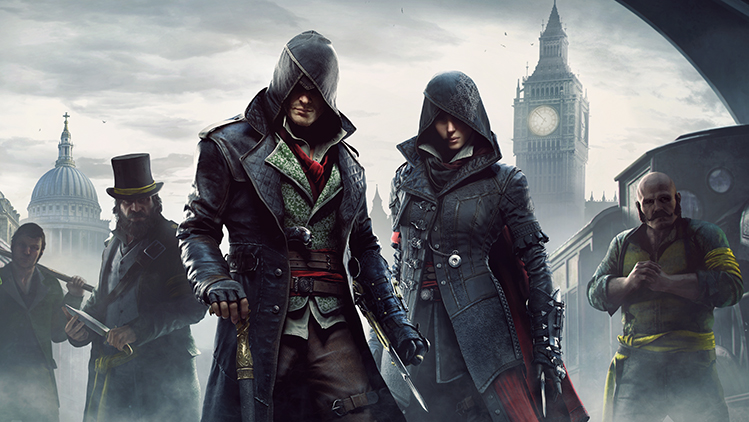 The game certainly has improved itself vastly from its previous installation. Though I enjoyed the new environment and the new features that went along with it, I felt, as I was playing the game, that little has changed at all. While the twins supposedly featured different play styles, it’s only till you’ve learned their exclusive set of skills that you’ll be able to feel their difference. Throughout perhaps 80% of the game, you can literally play the two the same way making us question on their intended goal for the Frye twins.  Perhaps my main complaint on the game or perhaps on the franchise on a whole, is on how stagnant the franchise has become. It feels like the game is franchise is struggling to bring about something new to the plate but this is perfectly up to preference and opinions. While the game is certainly an improvement from Unity, it feels like as a whole, the franchise’s settlement has done little to get out from the shadow it has cast on itself since Assassin’s Creed 2 and Brotherhood which are arguably, fan favorites due to its story-telling which is what the franchise seems to be lacking recently, but looking at the game in general and what it has to offer, I would give the game an 8/10. It’s an okay Assassin’s Creed game. You can get everything you expect from an Assassin’s Creed game.

The environment, the gameplay, the characters, this game has certainly enough assets to present that would make this game a good purchase. It’s problems aren’t that much of a problem, in fact they aren’t game-breaking at all. The game does reward you, especially with a certain secret area that takes you in for a spin on World War I, putting you in the shoes of Jacob’s granddaughter, Lydia Frye, which fans could take as a hint towards the franchise’s future direction. Definitely this game is one that you can buy and add to your collection or not but the experience would still be that of what you can expect from an Assassin’s Creed game.

This review is based on a retail copy that was purchased by the author.