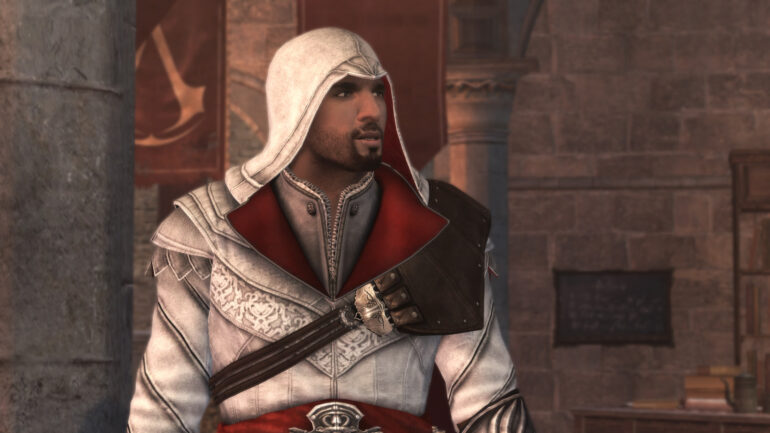 Ubisoft recently launched The Ezio Collection. A trilogy of games that is comprised of Assassin’s Creed II, Assassin’s Creed Brotherhood, and Assassin’s Creed Revelations. It also includes the prequel movie to Ezio’s storyline Bloodlines and the epilogue movie Embers. What’s missing though is the multiplayer gameplay for Brotherhood and Revelations which would have been a fun addition. For those who are new to the game, Ezio’s story was one of the best story in the Assassin’s Creed timeline. It also paved the way for future titles and became a benchmark as to what is good when it comes to stealthy action games.

Launched back in the days of PS3, this remaster of the three games on the PS4 is a great throwback to the good old days of PS3 gaming. While to some who may find this an annoyance and might feel like this is a move going backwards for Ubisoft, it is actually a great way to see the origins of the mechanics that is now central to every Assassin’s Creed game. The storytelling in this one was also superb in a sense that it really gets you attached to the character. This was also the part of Desmond’s journey where you get to see him become a full-fledged assassin with all the moves that he learned through reliving the lives of his ancestors. 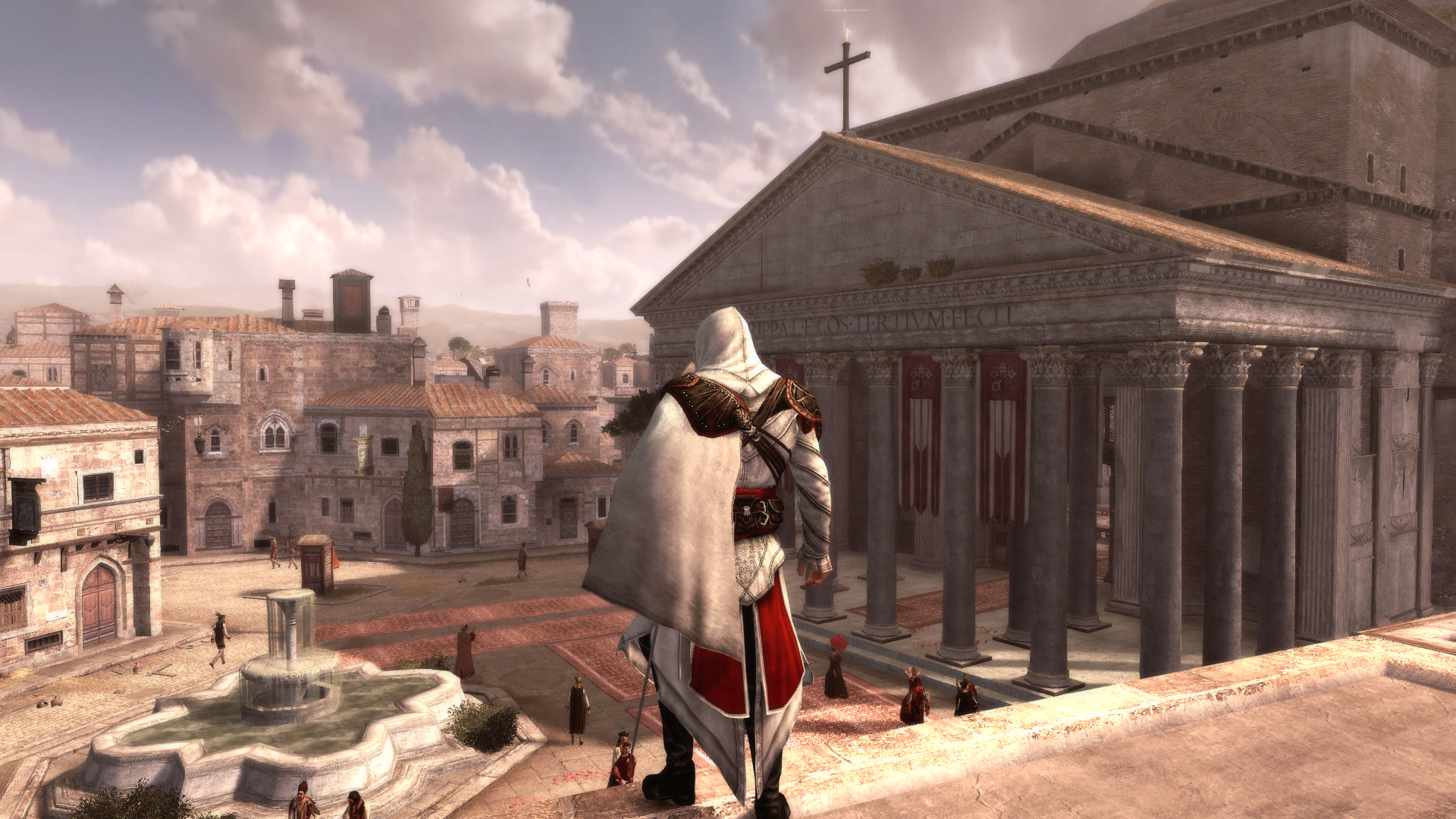 Even if you already played the game back then, it is still worth getting for those who are hardcore fans of the series or for those who just wants to go for the nostalgia factor. Plus, you get to play it on current-gen consoles. The graphics has also been up-scaled to up to 1080p. I haven’t noticed any drop of frame rate in any of the three games so it plays really smoothly on the PS4. Due to the fact that this is a remaster, you can really notice the outdated graphics especially on Assassin’s Creed II. This makes the faces of some characters like Lucy look really flat and funny but this shouldn’t take away from how good this game is.

There aren’t really any changes to the gameplay as well. It plays the same way as it was when the games’ first launched but since the DS4 is being used as a controller, there are certain controls that were changed to include the functionality of the touchpad. You would hope they would fix the bugs that were present in the original games but they are still present in this one and although they can be annoying at times, it doesn’t really impact the game that much. Just be on the lookout for when your character suddenly tries to jump involuntarily when you meant for them to scale up a tower. 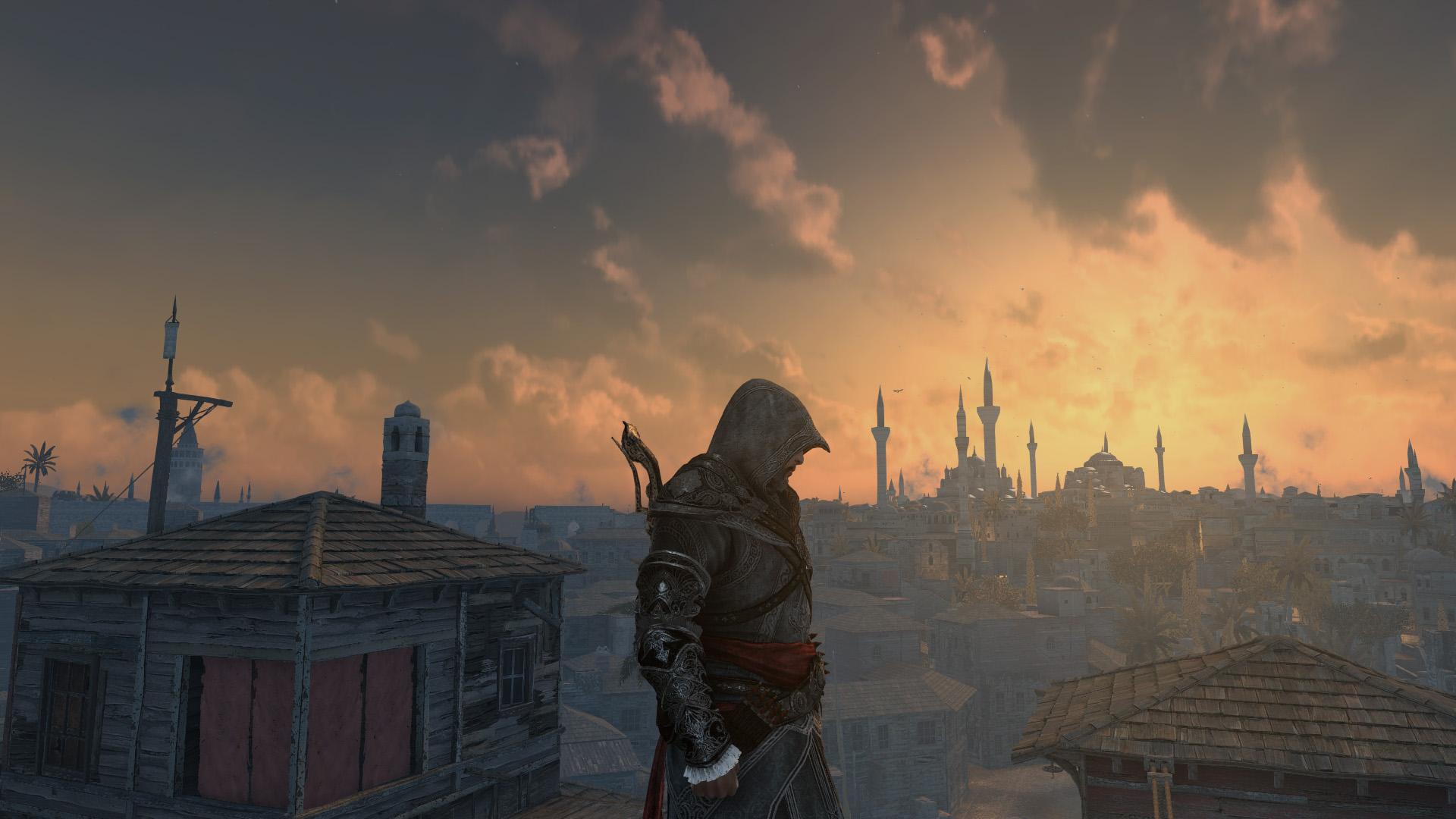 Assassin’s Creed: The Ezio Collection is best suited for the newcomers who are just dipping their toes into the vast waters of the Assassin’s Creed franchise. You will appreciate how the game has evolved once you’ve gone through all three games and what it has to offer. Plus you will definitely get lost in the intertwined stories of Desmond and his ancestor Ezio. This is also recommended for those who just wants to dive back into Animus 2.0 tagging along with Rebecca, Shaun, and Lucy. I definitely still had a blast playing it even thought I have already played this game back then.