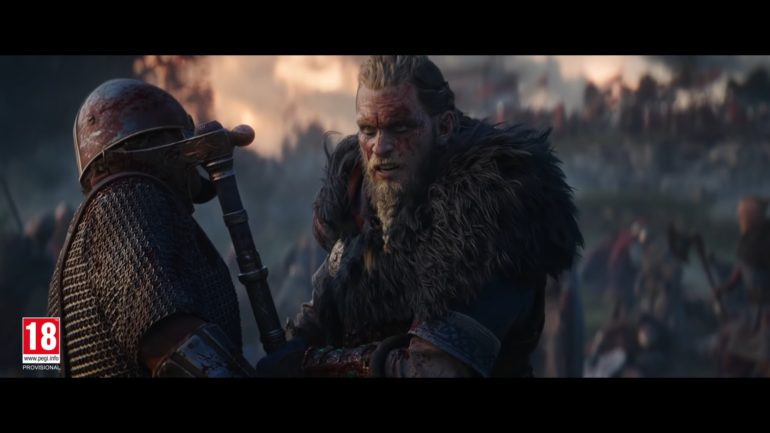 A leaked gameplay video of upcoming video game Assassin’s Creed Valhalla was leaked recently online and game company Ubisoft is trying their best to remove any trace of it.

The leaked gameplay video is actually from a work-in-progress build of the upcoming game. No one knows where it comes from, but there should be a better footage later on that will be showed on the upcoming Ubisoft Forward livestream later this weekend.

The footage shows the first look of what the gameplay looks like in game, journeying towards a destination on horseback then getting ambushed by wolves. Later it shows fort invasions with longboats used. It also shows how Eivor looks like as a female.

The skill tree was also shown, which kind of looks like the constellations in the night sky. Raven Sight was shown, which is Eivor’s ability to highlight objects and enemies.

Several uploads of the video were seen recently on YouTube, but were promptly removed by Ubisoft as soon as they noticed them. There were clips from the gameplay videos uploaded on Streamable, but were also deleted.

From what I can see, the gameplay strongly resembles The Witcher 3 gameplay with Red Dead Redemption 2 elements added in.

The game will launch on PlayStation 4, PlayStation 5, Xbox One, Xbox Series X, Google Stadia, and PC.