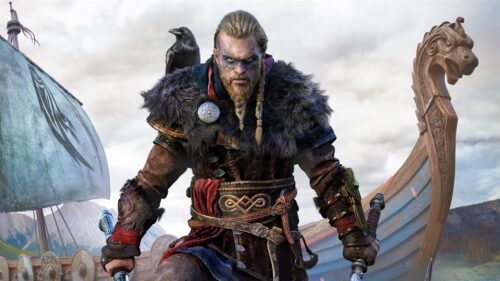 I felt a thrill as my boots sunk into the water. My crew jumping off with me from the ship and into the shores, prepared to raid a small but guarded town for its resources. I had done this many times in the past, but the invasion of different settlements never got boring. My axe, bloodied from splitting skull after skull, was ready to clash against the skin of my enemies once more. My shield, as sturdy as ever, protects me from powerful blows and incoming arrows. Get ready to experience the rush of combat in a way that I can only describe as a storm hitting a town. Get ready for Assassin’s Creed Valhalla.

Valhalla is one of those games that can’t be helped but be compared to its predecessor. When your mechanics, gameplay, and fluidity of movement are all similar in comparison that cannot be avoided. But as to where I felt Odyssey was lacking in many ways and its delivery felt flat, Valhalla is what Odyssey could’ve been had it been done right.

So don’t worry if you didn’t like Odyssey, because Valhalla does plenty of things to win you over.

In comparison to the Spartan adventure of Greek origins, this Viking themed historical fantasy is a family affair. Unlike its predecessor, Valhalla immerses you into its interesting story before giving you free reign to do as you see fit. And the game benefits greatly from it, as you feel more connected to the character you control, Eivor.

Eivor initially worried me at first glance. Initial impressions can be deceiving as he has far more depth than his appearance beckons. You can choose to play him as male or female at any time of your choosing without it affecting the story. And unlike Kassandra or Alexios whose positions are swapped in Odyssey, there doesn’t seem to be any noticeable consequence except for a change in appearance and voice actors. Despite this, Eivor manages to remain interesting as his loyalty to his clan is met through many challenges that he has to overcome.

Due to loyalty to his foster brother and conflicting ideologies with his foster father, Eivor follows the former into England to form their own clan free from the latter. But because this is ninth-century England, a time when it was heavily disputed, Eivor is forced to find allies for his clan to ensure survival against larger groups that would prey upon them.

One of the best parts of Valhalla is the raids. When you approach a settlement with your ship and sound the horn, your naval vessel crushes the shore as you and your Viking crew jump into the water to battle the resisting town for its resources.

A bit morally grey, considering they never did you any wrong. But this is how you gain materials in large quantities in order to improve Ravensthorpe. At least the game insists that you spare the non-combatants, take what you need, and leave. So even with Eivor’s misdeeds, you’re never truly playing a flat-out villain.

But all this is useless without an enticing combat system. So the question becomes: is Valhalla’s combat any good?

Unlike Odyssey, which many have complained to have had enemies soaking up damage like sponges, Valhalla offers a more lenient but fairly challenging combat system. Enemies, even on harder difficulties, no longer feel like stabbing an armored tank with a fork. While they do have health, armor, and pre-determined levels they’re much fairer and less frustrating to fight against.

The combat, at a glance, can seem like a carbon copy-and-paste from its predecessor. While there’s some truth to that, there are also significant improvements that provide a more visceral experience than Odyssey. While I can’t quite narrow down what it does right, I can say that the former’s combat is more preferable to that of the latter, which I got bored of quickly after so much repetition.

Despite its name, implying stealthy endeavors, Valhalla is an RPG that gives you quite a bit of freedom to choose your engagements. Hide from the shadows and take out strong enemies or fight them headfirst like a warrior--the choice is left up to you. What’s particularly refreshing is your ability to mix formulas. Want to scout out a town before raiding? You can disguise yourself and take out particularly strong enemies while hidden before sounding your horn and signaling your men to attack from the inside. Or attack with them but stay behind to pick off your enemies one-by-one with your bow. It truly does feel you have control of the battlefield to an extent, as you can pick and choose how you handle certain battlefields.

Eivor can be improved for dynamic survivability. Invest in skills depending on your play style to make him either the best assassin, warrior, or archer you wish him to be. In particular, you can mix and match stats to whatever you feel gives you the best version of him. If you make a mistake and invest in a skill you don’t like, you can freely re-adjust your skills any time you wish at no cost.

Investing in these skills brings up Eivor’s power, which allows him to take on higher-level raids that would otherwise prove difficult to an inexperienced protagonist. You gain skill points by completing quests and combat. And though the materials you find from your fights and raids, you can use that to improve Eivor’s equipment, which can also be equipped with runes which give them certain useful buffs.

Unlike Odyssey, there’s no level requirement for equipment and you’re free to put whatever you have on your inventory. However, your equipment does have stats that can be improved upon so it’s always wise to upgrade when you have the chance. If you find a weapon or an armor piece that particularly strikes your fancy, it’s possible to keep using those weapons till the end of the game provided you’re willing to invest in it.

Interestingly enough, Valhalla gives you an abundance of freedom to use whatever weapons you see fit. You can dual wield two axes. You can go for the typical axe and shield. You can even go for the unorthodox and fight with two shields. Again this is in stark contrast to Odyssey, where you’re forced to fight with Leonidas’ spear regardless of what weapon you equip.

You might be glad to hear that the iconic hidden blade is back. However, for those hoping for a return to the franchise’s original roots, you might be disappointed to hear that Valhalla strays quite far from the likes of Unity or Black Flag.

Despite elements such as blending in crowds and hiding in bushes being present, the game’s environment favors open combat with the enemy. I found myself more drawn to fighting head-on than stealthily attacking from the shadows. That’s not to say here that stealth options are not viable, but they feel almost discouraged with the majority of your skills and abilities lean towards bashing someone’s skull open than quietly slicing their throat.

Speaking of stealth and combat, each of them has its own set of difficulties separate from each other. You’ll be able to pick your poison before you start the game. If you want a harder combat experience but an easier time sneaking around, the option is always available to you. If you want it backward, then the game also allows for that kind of configuration.

For the most part, I recommend going on harder difficulties for an optimal experience. I already had a breeze of a time going through Valhalla’s second hardest difficulty, and I can’t imagine the more lenient options offering much of a challenge. Harder difficulties offer a more balanced experience with enemies being able to damage you significantly without being damage sponges themselves.

Valhalla is a gorgeous game.

Unlike Odyssey, where the graphics and environment felt much too cartoonish and fantasy-like, Valhalla manages to be colorful but closer to earth than its predecessor. Particularly, my compliments go to the game’s amazing lighting which had a significant visual effect on the landscapes I visited.

The voice acting is better delivered than ever. Eivor and other characters can communicate with each other in a believable fashion without being grating on the ears. A far cry from what Odyssey was when its characters delivered their lines in a flat tone.

That’s not to say the game is without any noticeable flaws. There are a few criticisms to be had with Valhalla. For one, there were quite a few overhauls from the previous two games that were carried over. Animations for instance felt too similar in Ajay, Kassandra or Alexios, and Eivor. Even the mounts in the game feel the same way.

The game also lacks a bit on the innovation side. Instead of being a great game on its own right, Valhalla feels like a much better version of Origins and Odyssey. If you played any of the previous two titles, you’ll be hard-pressed not to compare.

There was also an instance where my saved file got corrupted for an unknown reason. While this sounds alarming, it can be forgiven that it only ever got corrupted when I saved a game instead of loading into it. So I was able to quickly save on a new file without losing hours of progress. And even if I didn’t, I have Valhalla’s generous auto-save system to fall back into. This feels like an isolated case, but one that I should no doubt mention.

Despite this, all these issues feel relatively minor. I had a challenging time getting bored with so many side activities and things to explore as I set foot in ninth-century England.

So should you get Assassin’s Creed Valhalla? The answer is a resounding yes.

Even if you didn’t fancy Odyssey, then Valhalla might just be the game to change your mind.

Eivor’s tale is an interesting story to experience and the gameplay that comes along the journey is liberating without being repetitive. With that, we recommend the game fully. It’s not without its flaws. Even under the shadow of its predecessors, Valhalla is certainly a game that stands on its own. 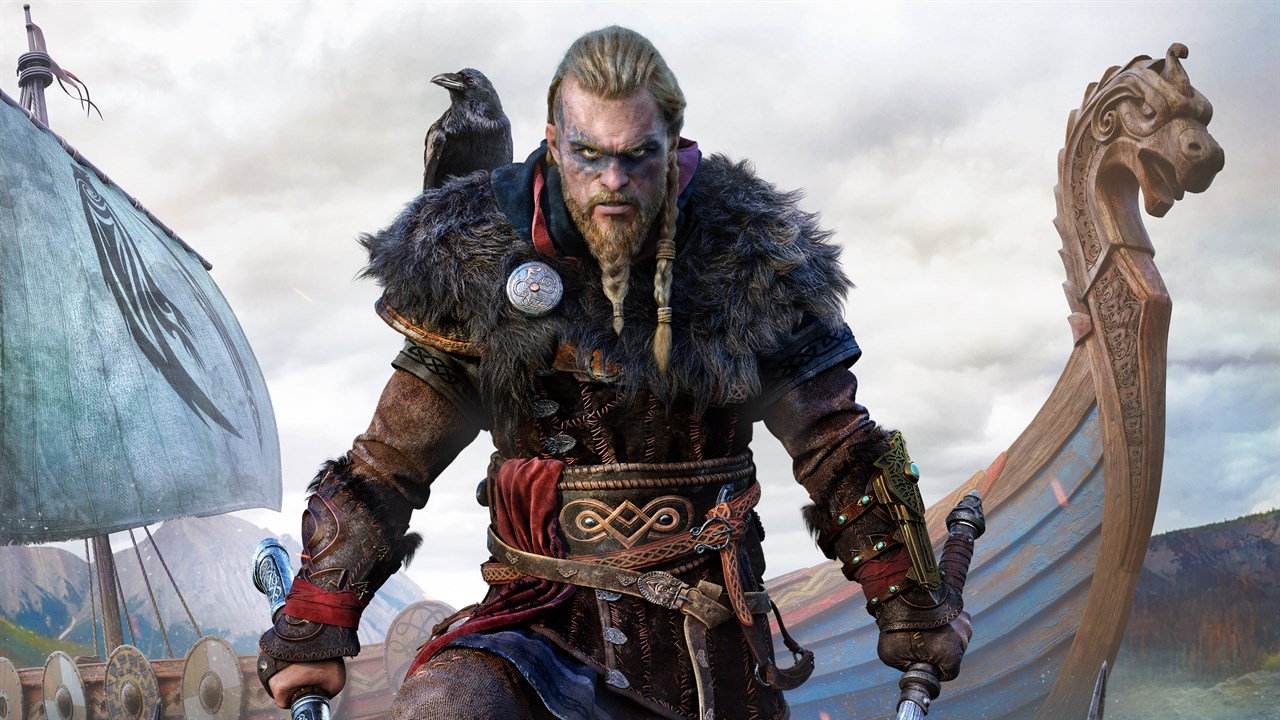 Assassin’s Creed Valhalla – Review
Score Definition
When the issues of a game are rolled and stomped by its greatness, then it’s something to invest on if you have some spare.
Pros
Fun Combat
Interesting Story
Raids
Fun Side Activities
Gorgeous Graphics and Lighting
Cons
Some Animation Overhauled From Previous Games
Lack of Innovation
Doesn't Differentiate Itself From Predecessors
8.5
Great