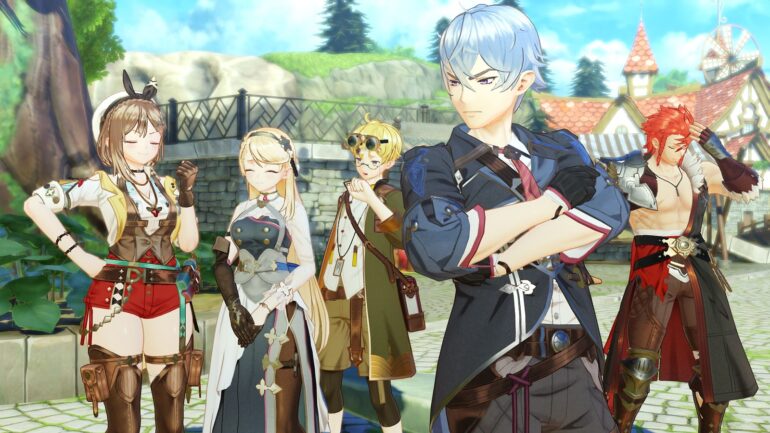 Koei Tecmo America and GUST Studios have revealed the new Atelier Ryza 3 Alchemist of the End and the Secret Key characters.

The upcoming video game will launch on February 24, 2023 on Nintendo Switch, PS5, PS4, and PC via Steam. This will follow the story of fan-favorite alchemist Reisalin Stout and her friends on their third summer adventure as they set off to investigate a group of mysterious islands that appeared suddenly, which has now affected the stability of their hometown, Kurken Island.

Ryza and her friends will meet various exciting characters along the way and help them with their adventures. The first new character to meet them will be Federica Lamberti, a strong-minded and persistent woman who wears a pendant that looks similar to a giant gate Ryza encountered at the start of the game. She comes from the crafting city of Sardonica where she is the deputy union head of the craftsman union.

When Ryza and the party arrive in the remote village of Faurre, they meet a boy named Dian Farrell, a member of the militia group known as the Gleaner. Gleaner is a term for warriors who collect Seeds of Light, the power source for the tools used in the village. Dian is actually disgusted with the Gleaner and their ways of digging up the ruins of other people’s past so he sets off by joining Ryza on her journey.

Another companion that joins her adventure is Ryza’s childhood friend Bos. He is the heir to the Brunnen family and has grown into a dignified figure. He used to have a strained relationship with Ryza and others due to a slight misunderstanding, but now they have reconciled. It was actually his secret wish to go on an adventure with his childhood friends and now that has come true.

The half animal half human Kala Ideas joins the party as well. She appears to be a little girl but is actually a great elder who is already over a thousand years old. She is a legend among the Oren clan and knows a lot of things.