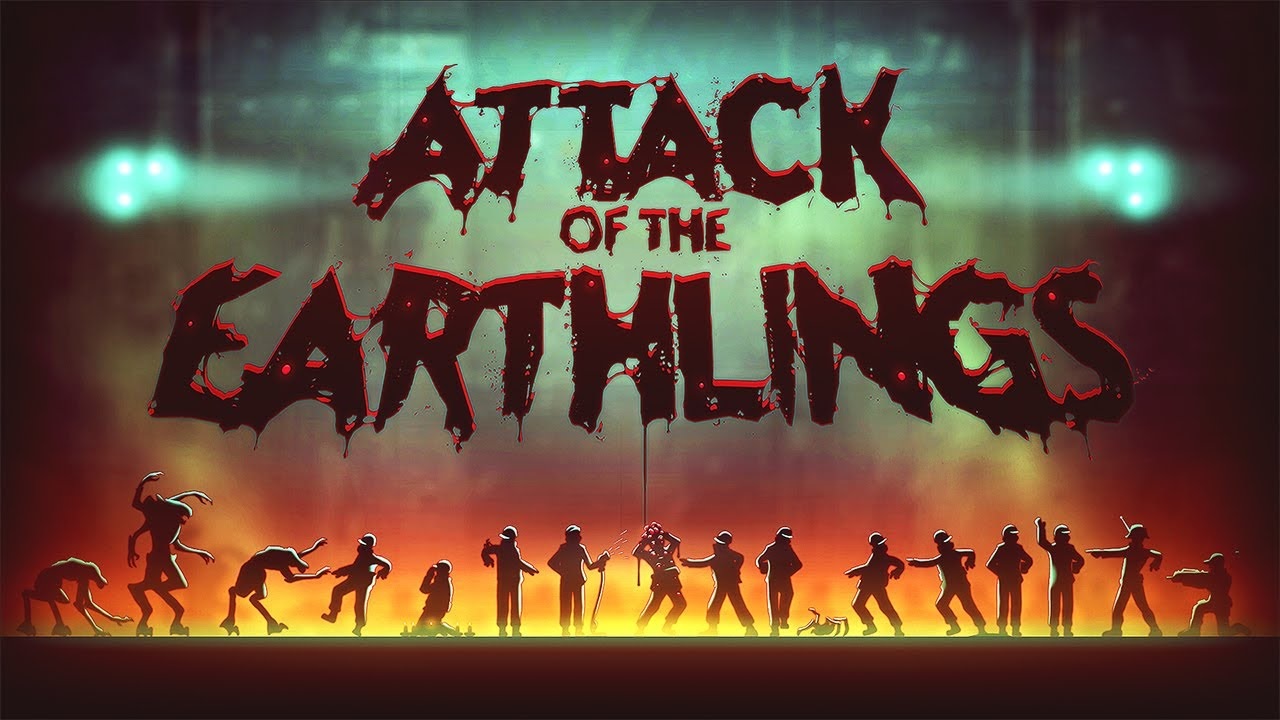 Attack Of The Earthlings – Review

What if your home planet was invaded by something foreign and killed most of your brethren? What if that foreign object would be… humans? This is the premise of Attack of the Earthlings, which lets you take control of a Matriarch alien trying to get rid of these greedy humans who are invading their planet’s resources.

It is a pretty interesting mechanic to use as it makes the Matriarch a mobile base creating units as they move towards the goal. Creating and upgrading such units can be done on the fly too, as long as you have enough Biomass resource for the purchase. It is a pretty convenient mechanic for this game, and also strategic especially on certain missions.

Attack of the Earthlings has some funny dialogues as you progress through the missions, and the bickering of the human executives can always give you a laugh or two. The story is pretty straightforward as well. At least the goal of the protagonist is clear: Kill all of the invaders so they could live happily ever after.

As one side of the coin is good, the other side is bad and this is the same for the game’s story. Since it is straightforward, I had no attachments to the characters and they were not memorable at all. The aliens did not talk or almost did not show emotion, the humans were jerks, and the executives died so quickly with little resistance.

The visuals are not that exciting, but not bad, only on the borderline. It is the usual under-budgeted indie game that you see or play from time to time, but with a little polish it would have been a good one. The alien and human designs are not that shabby, and it reminds me of the old American cartoons I watched in the past.

At the start of my gameplay of Attack of the Earthlings, I encountered a game breaking bug right away with the auto-save and continue feature. I would get a black screen instead of the whole level after loading an auto-save file. This only happened on the tutorial level, but the others were fine after I loaded an auto-save file.

The animation of the characters when they attack is too slow. When an enemy unit is turning around after getting alerted from a sneak attack from my units takes at least 3-5 seconds before it does a whole 180-degree turn. It is super annoying to watch and I would have to be stealthy all the time, so that annoying slowdown will not occur.

The whole game is too short in one playthrough. It only took me two days to finish the game from start to finish with breaks and sleep in between. There is no sequel bait, which is good, but it could also mean that this is the end of the game’s story without any ambition of making future DLCs or sequels.

The levels are enjoyable for its tactical stealth mechanics, but it also makes the difficulty rather too easy. Enemies can be killed by one hit with a certain type of unit, which also means that the others become obsolete to play. I ended up using this type of unit so I could breeze through the levels easily.

There is no replayability value in this game too since the upgrades can be grinded for one or two missions. After grinding, there is no need to gain more experience since the skills are all maxed out. There is also no new game plus with any other difficulties to choose from. After playing one playthrough, I felt there was no need to touch this game again and just put it back on the shelf or delete it from my PlayStation 4 hard disk.

All in all, Attack of the Earthlings was just a good game to play for one playthrough and be done with it afterward. It is still buggy, straightforward but uninteresting plot, good character models but the turnaround animations are way too slow, the characters are not memorable, visuals common for indie games, and have funny jokes.

Disclosure: This review is based on a review code provided by Wales Interactive. Read our review policy to know how we go with our game reviews.
Tested on: PS4

Attack Of The Earthlings – Review
Score Definition
We want to emphasize that 5 will always be the “average” number, not 7. So by far, it’s 50% great and it’s also 50% bad.
Pros
Funny Jokes
On the fly unit production
Variety of units with unique abilities
Funny villains
Cons
Game breaking bugs
No replay value
Slow turning animation
Certain unit too overpowered
Characters not memorable
5.5
Average