The series returns on January 9th 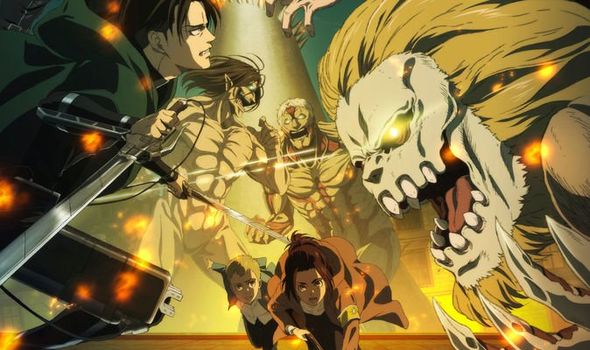 A future episode title for the fourth season of Attacks on Titan gives us something to look forward past the first episode of the returning anime. While fans might have their eyes fixed on the midseason premiere, a title card suggests something unexpected could be happening.

Thanks to the sharp eyes of @AoTWiki on Twitter, a TV listing confirms that the 77th episode of Attack on Titan is titled, “Sneak Attack”.

While there are no other details have been uncovered. The confirmation does shine some light as to the pacing of the show. Something fans all over are concerned with.

The concerns stems from the fact that the second half has yet to confirm how many episodes are going to be part of its run. Considering the first part had 16 episodes, anything less could be seen as a slap on the face to the fans. Some fans are speculating that the “end” of the epic story involving having a movie. While others figure that the increased pace is to give way for side stories.

Until Attack on Titan Season 4 Part 2 is done and over with, we won’t quite know for sure.

Attack on Titan Season 4 Part 2 releases on Sunday January 9th, 2022 with episode 76 officially titled as, “Judgement”. The description of the episode reads, “In the pouring rain, a soldier is lying on the ground. Beside him, a man crawls out from the steam of a mysterious Titan. At the same time, Marley makes a surprise attack in Shiganshina District, the place where everything began, and the Titans begin to move. The Founding Titan and the Armored Titan face off once more.”

Where to watch Attack on Titan Season 4 Part 2?

The episodes will be streamed on Crunchyroll, Funimation, and Hulu internationally. NHK TV channel will handle the local broadcast in Japan.