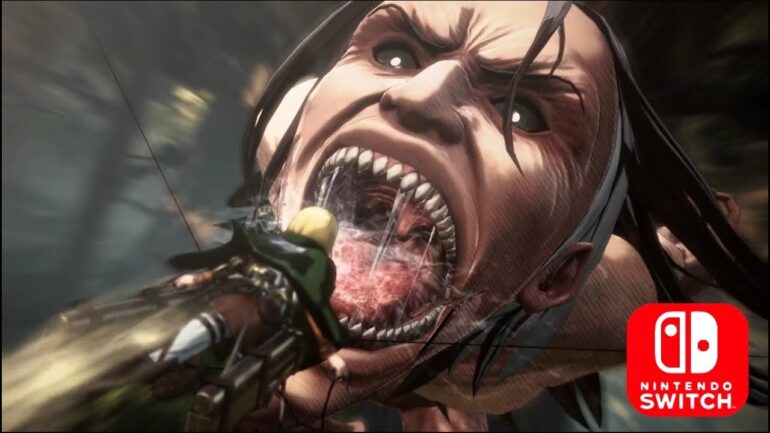 Back in 2013, everyone was talking about Attack on Titan. Everyone loved the anime. All the cosplays for that year were the short military jacket which had the Survey Corps insignia. Alas, it took them five years to grant the wishes and dreams of these fans; a game which allows them to play as a member of the Survey Corps.

Enter Attack on Titan 2. In this game, you’re from the Shigansha district, just like Eren, Mikasa, and Armin. You bear witness to the fall of Wall Maria and much like them, you are now an orphan as both your parents got squished by a boulder. Along with the other survivors, you all ride the same boat in order to flee towards safety while at the same time overhearing Eren’s vow to avenge his mother. 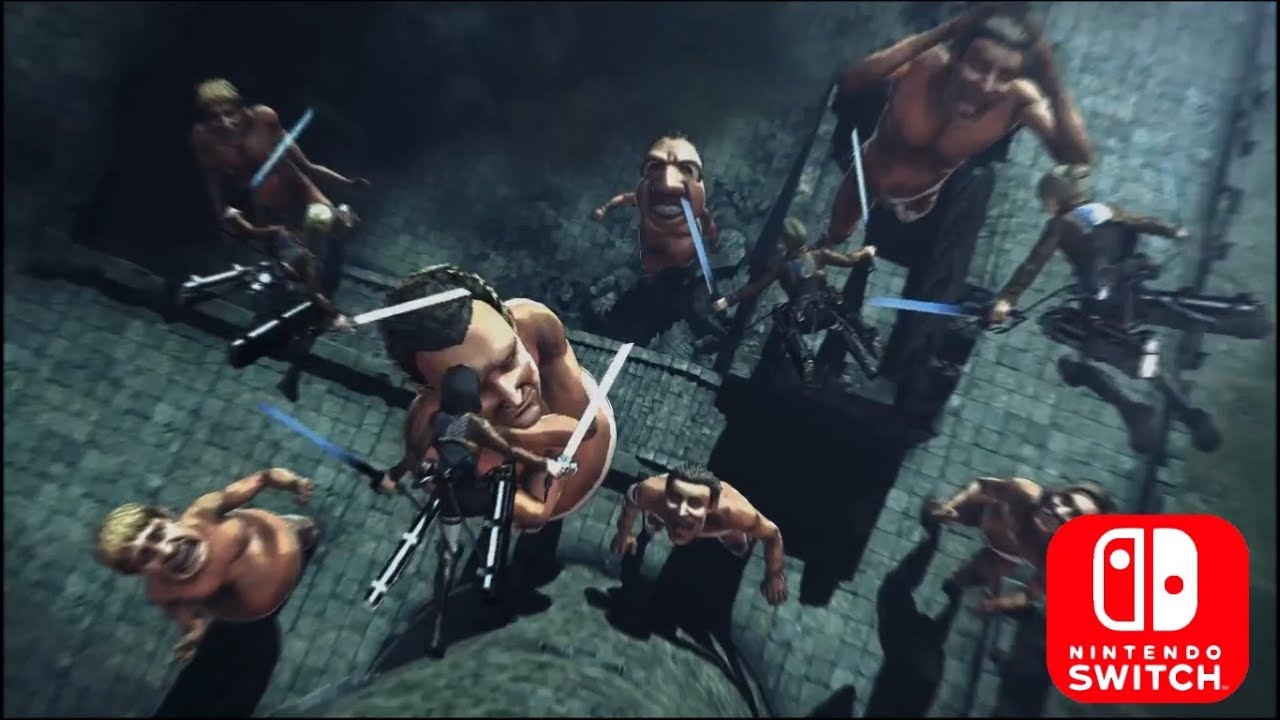 The game allows you to choose your reason for fighting the Titans. You go through the same training course as every other person does. You also get to pick your own first and last name. While comparing this title to Attack on Titan 1, the first game only allows you to play as someone from the anime. In the beginning, it was Eren. There are several people who usually dislike playing the main character of an anime. This game gives you the freedom to be your own man or woman.

Another thing that I like about it is how the character customization can be very extensive. I took a while perfecting the right color to go with my short military jacket as well as picking which undershirt to use. You can even have your own Mikasa scarf if that’s what you prefer.

One mistake I made was related to the height of the characters. They made their characters too short so I was the giant in the room. Luckily, you are given the chance to customize your character again after the Barracks section is unlocked.

What’s interesting about the voice packs in the game is that your character’s disposition is closely tied to whichever option you choose; although they could have named it appropriately like, tsundere, cheerful, serious, etc. This would have made it easier when you were creating your character. 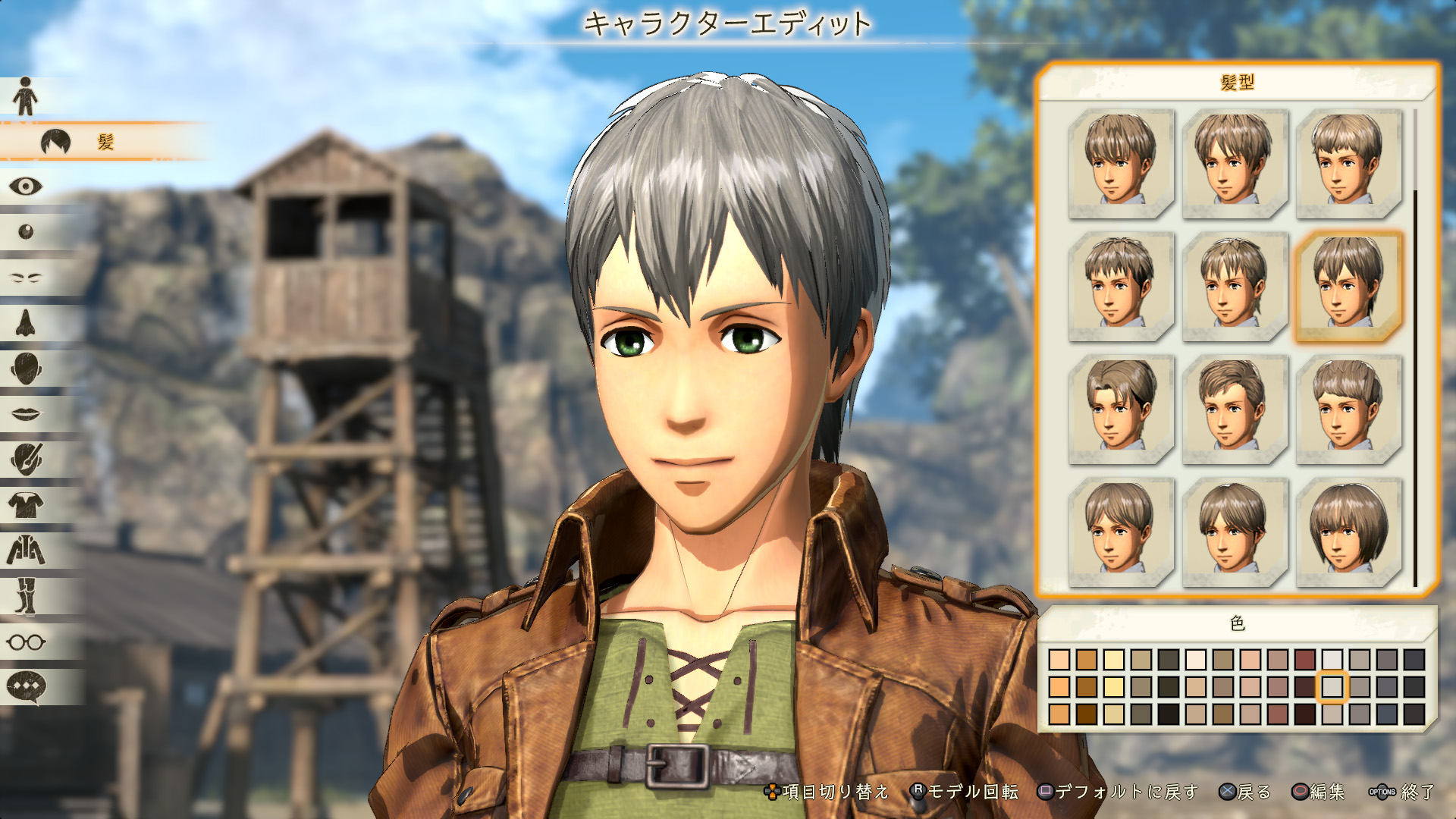 Although the tutorial mode looks the same as the previous Attack on Titan, it actually has very notable differences. Comparing it to most hack and slash games, the omnidirectional mobility gear or ODM, makes the game very unusual. Unfortunately, it also gives you crazy camera angles. There were many times that it looked as if I was shifting through walls.

There is a high learning curve when mastering maneuverability using the ODM and I’m sure it will frustrate a couple of people. You have to swing your character forward, just like Spiderman, but with the added difficulty of having the structure or target moving a lot. Once you get used to it though, it makes for a very thrilling and satisfying combat experience. There are times when I swing myself into the welcome arms of another Titan that’s reaching out to eat me.

There is a big emphasis on the game’s story mode. You can interact with the different characters of the series, have special moments with them and create an actual bond. There is so much emphasis on the story that you can have other people online join you as you go through the quests.

Communicating with other people online is done mostly through in-game emotes; it would be wise to set them up ahead of time. For the most part, I just got carried through the quests as there are a lot of geared online players. 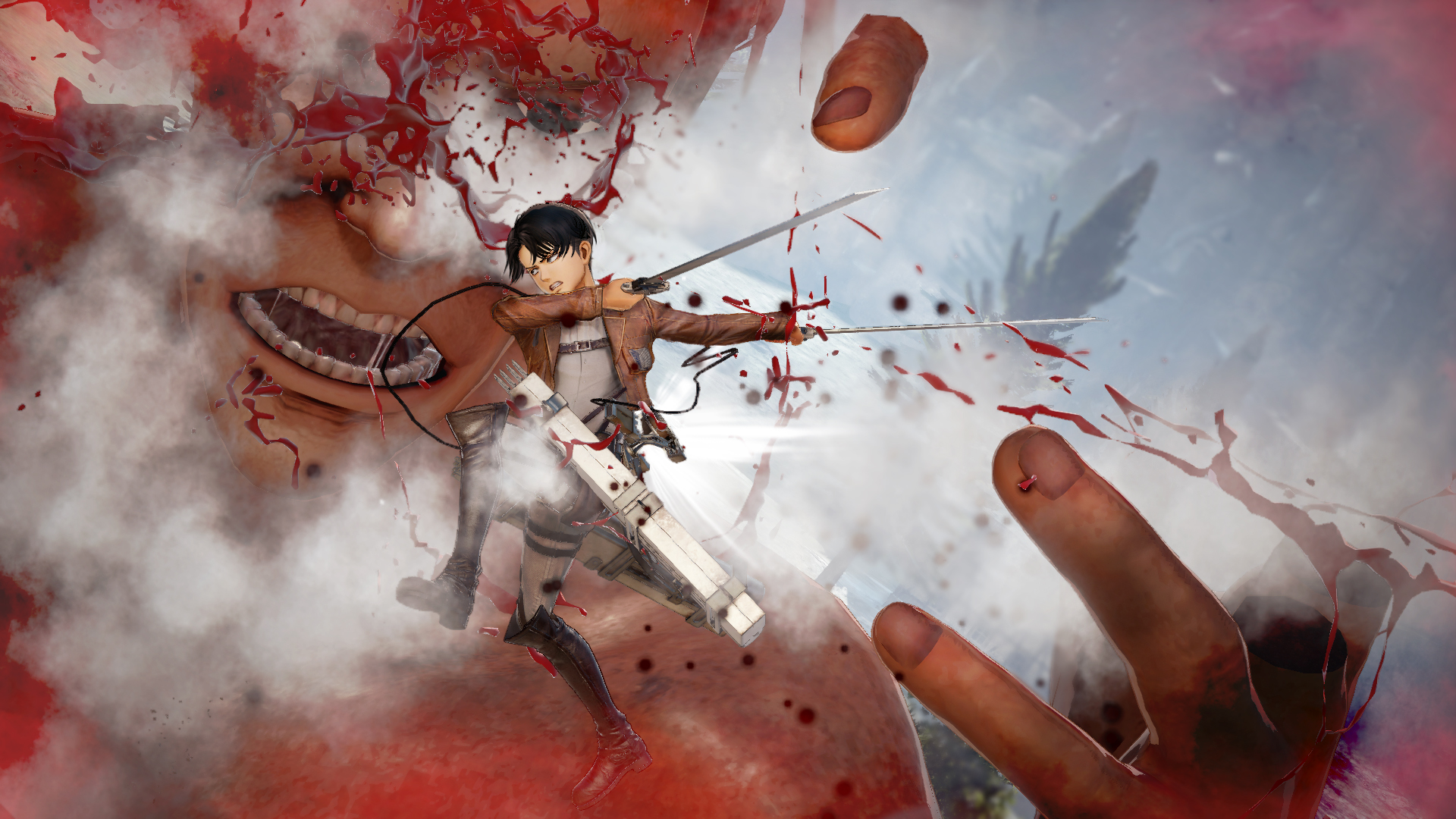 There are times when the frame rate drops whether you’re using the Switch on either handheld or docked mode. It’s much of a big deal for me, but it somewhat breaks the immersion when you’re whizzing by trying to kill Titans left and right.

They tried to make the system customizable by having different kinds of blades, sheaths and ODM gear. This is where the grind comes in. They even brought back the Duster to fulfill your need to clean up just like Levi.

Eventually, the gameplay can be a bit repetitive but the urgency of the quests and making sure the other NPCs don’t die keeps you on your feet. It also helps that the original score of the series is really good and that it was brought over to the game.

The good part about this title being on the Switch is that it’s one that I can play on the go. If you stop in the middle of a mission where you have to pause for a good amount of time, it’s not disorienting to resume where you left off.

The price point is something to think about because it’s quite steep. However, this is indeed the game that fans deserved when Attack on Titan came out. So, if you want to be the better Ackerman, then this is a must buy. 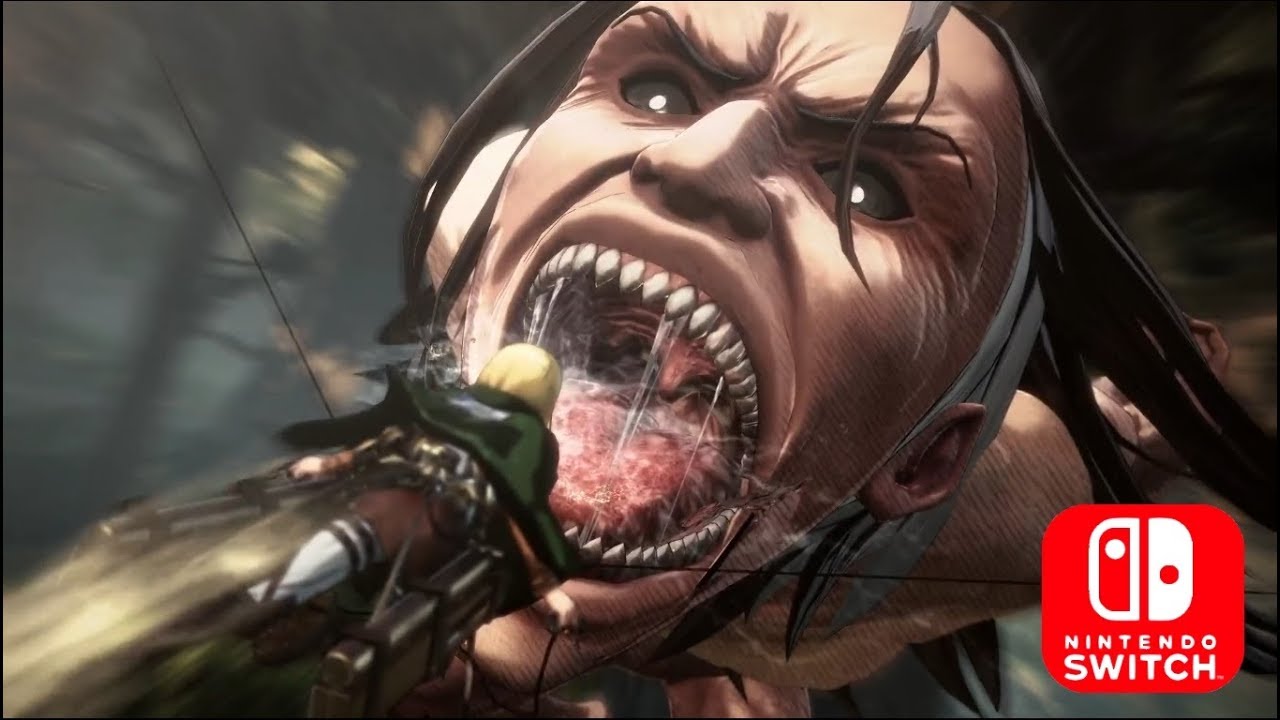 Attack on Titan 2 Review
Score Definition
We tell you, it’s a good game! It’s not average! It might have some problems here and there, but you have to admit it is a “Good” game.
Pros
Online play
Exciting combat
Good character customization
Cons
Frame rate drops
Camera issues
7
Good