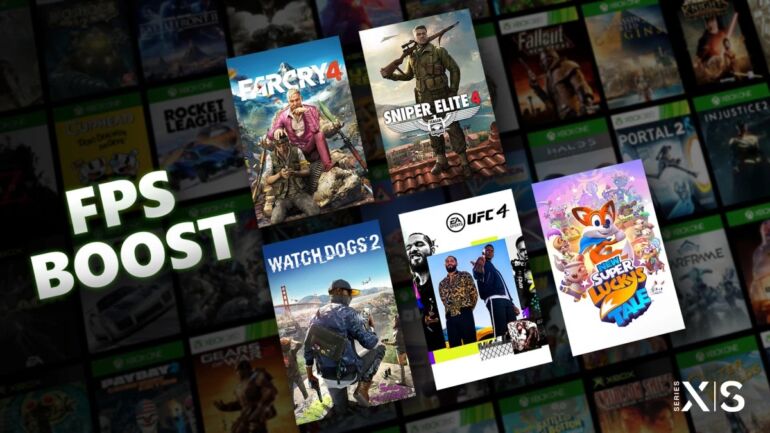 Game company Microsoft recently announced that the backward compatibility of the new-gen consoles will have a new feature called the FPS Boost.

Back in October 2020, Microsoft detailed that the new-gen consoles had increased CPU, GPU, and memory, which meant all existing games will look and play better on them. The new FPS Boost does that without making the developers do work on a new update for it and it will only be on Microsoft’s end since the Xbox Series X/S will do it. It nearly doubles and sometimes quadruples the original framerate on select titles.

Microsoft has partnered with the developers to make this all possible. Currently, there are a few titles that benefit the boost. These are:

According to the game company, there will be more titles in the future. Some of these titles have better framerates like New Super Lucky’s Tale that goes up to 120 frames per second and UFC 4 delivers improved framerate performance specifically on the Xbox Series S and can now run at 60fps.

Microsoft will be rolling out new menu icons and system settings in the upcoming system update. This will start this Spring 2021. Players will be able to go into the Manage Game section for any title and there they will see the new Compatibility Options button that will allow them to toggle FPS Boost and also Auto HDR on or off. There will be an indicator as well if a game is running with the boost whenever they hit the Xbox Button on the controller.