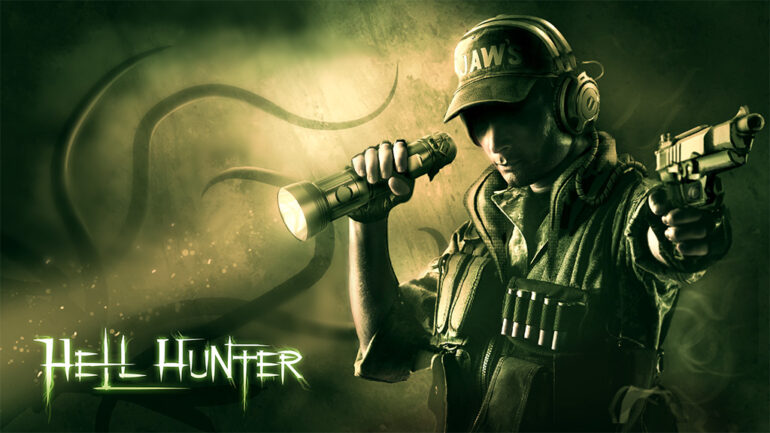 Australian indie developers Ballistic Interactive have today announced via a new trailer that, due to a trademarking issue, their supernatural roleplaying game Hellhunter will now be known as HellSign.

An investigative action RPG that pits you against the horrors of the afterlife in smalltown Australia, the game has engendered a dedicated community of eager fans since it was unveiled in 2016 – and has been placed on almost 10,000 whislists since its Steam page launched last year.

The name change comes after the studio discovered that their childhood heroes Rebellion Developments – creators of Alien vs Predator and Sniper Elite – had trademarked the phrase ‘hell hunter’ in January 2017.

Ballistic Interactive’s Pete Skyking said: “We looked into trademarks early in development. But as we were on a small indie budget, and found that many successful indie games didn’t have a trademark on launch, we decided to take the risk and instead put the money toward making a better game. Unfortunately, when we finally did decide to trademark, we found that ‘hell hunter’ had been trademarked by Rebellion. We took legal advice and were told this would be a problem.”

However, despite being forced into a name change, Skyking is keen to sing Rebellion’s praises – after their small team reached out to Rebellion, and ended up talking to Rebellion CEO Jason Kingsley directly about the matter.

Skyking said: “Given the sticky situation, Jason was awesome. He not only personally replied to us, but handled it like a boss! He was open to working something out and helping us through the situation – but unfortunately, at the end of the day, as indies operating out of our savings our only two options were to change our name, or cut content. Needless to say, we had to change the name.”

Alex Tutty, head of the Computer Games Department at London law firm Sheridans, said: “My advice to indies would be to perform a search on the trademark registers – they’re all online. Do it as soon as you think of a name. Then do it before you release. If you’ve got a really good name, and you want a line in the sand, look at getting a registered trademark in a respected but cheap territory – we’ve done it for lots of studios in the UK, and you can go through the whole process for around £500 including legal fees.”

With this episode behind them, Ballistic Interactive are now focused on finishing development on HellSign, which is due to release via Steam later in 2018. “Most of all, we want to thank our community for the constant support and kind words,” he added. “You are the reason we are still moving forward towards making the best game we can – and we can’t wait for you to enjoy it!”