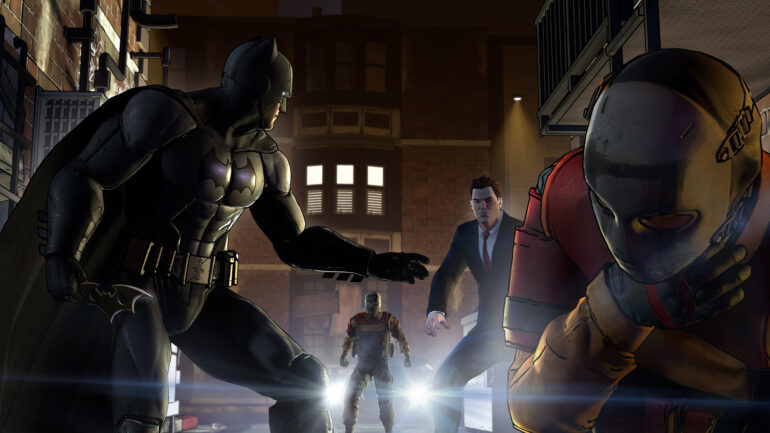 Watching Gotham from Season 1 to Season 3, the story just keeps getting interesting especially with Penguin as the Mayor of Gotham City. Telltale Games’ Batman Season One keeps the tabs on what they call innovative story-telling. Episode 3: New World Order just came out for download, and since I’m preparing for Electronic Sport and Gaming Summit (ESGS) on Friday, I had to take this one on.

Decisions play an important part in all Telltale’s episodic games. In this new episode of their Batman vision, you get to see how they craft a really enticing story to keep you going and leave you hanging at the end of every episode. This is what I feel every time I watch Gotham, and hell, I just want to have all the episodes just come out in one day. But where’s the thrill in that? 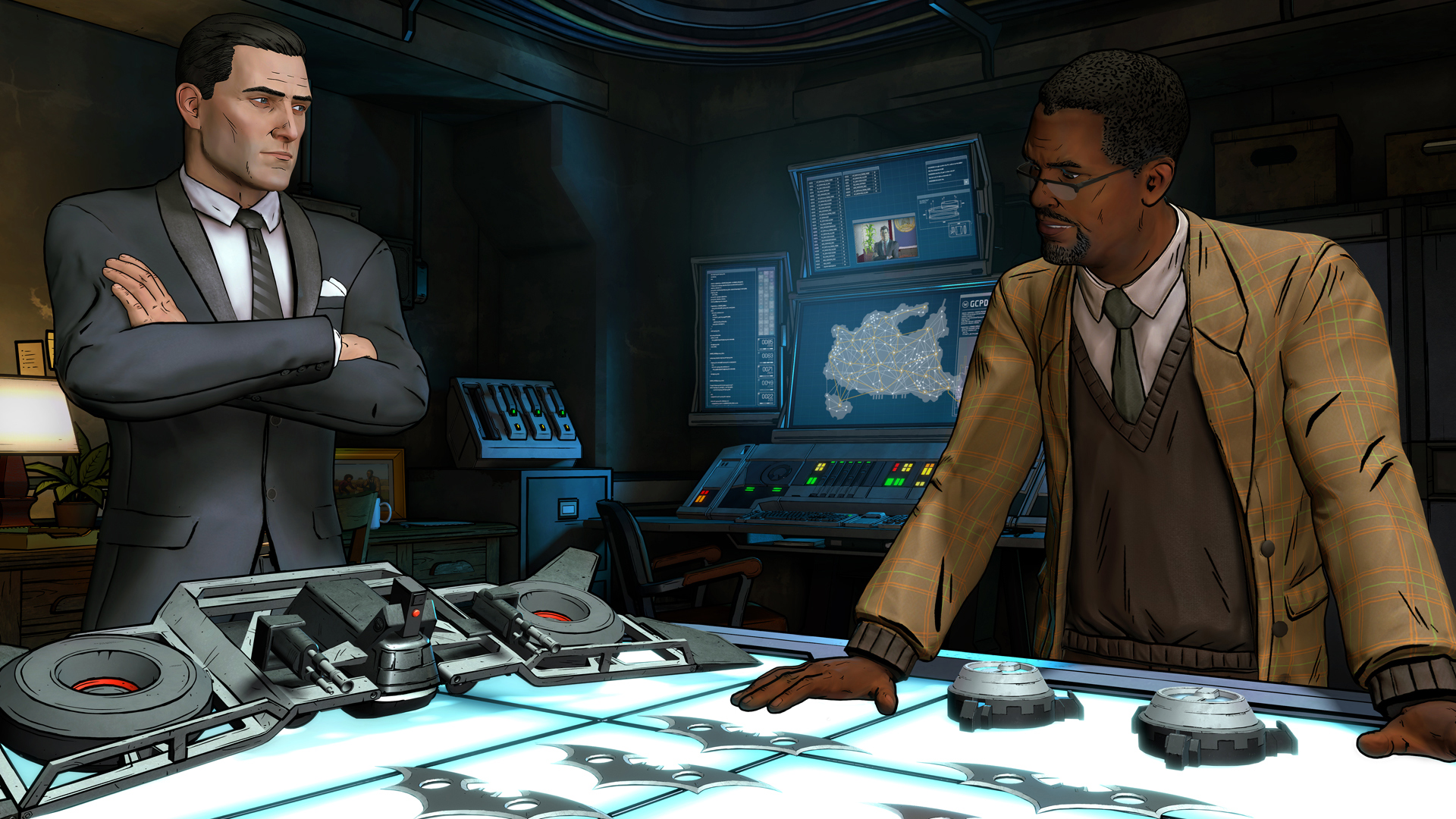 At the beginning of the New World Order, I wasn’t too impressed with the intro on how they started off the episode. It didn’t give out the “thrill” that I expected from the launch trailer. You get to a pace of where all pep-talks are and be-there-for-your-friend kind of discussion. But you either get to decide to be a non-understanding prick or just play as “Bruce” throughout the whole part. It never gets old on what may come to your decisions in the game. Turn off the TV or just let Harvey vent out his frustration and his mere lack of confidence of himself showing. And now, you get to see the first ever bat-signal built by Captain Gordon.

The story follows where Bruce gets to be trapped in every decision he makes. And with a lot of truths unraveling, New World Order gave an interesting twist than the first two episode gave. I don’t want to spoil anyone in this review, but this episode reveals one of the key characters who you might find interesting. And aside from this, you get to see the playboy Bruce in action – if you know what I mean. And aside from spoiling stuff, Harvey Dent’s character is well portrayed! You get to see a much mentally ill and confused Harvey rather than a psycho-killer who always base his decision on a coin. In Telltale’s Batman, he’s deadlier, smarter, and can trick you by letting him show you that he’s helpless. 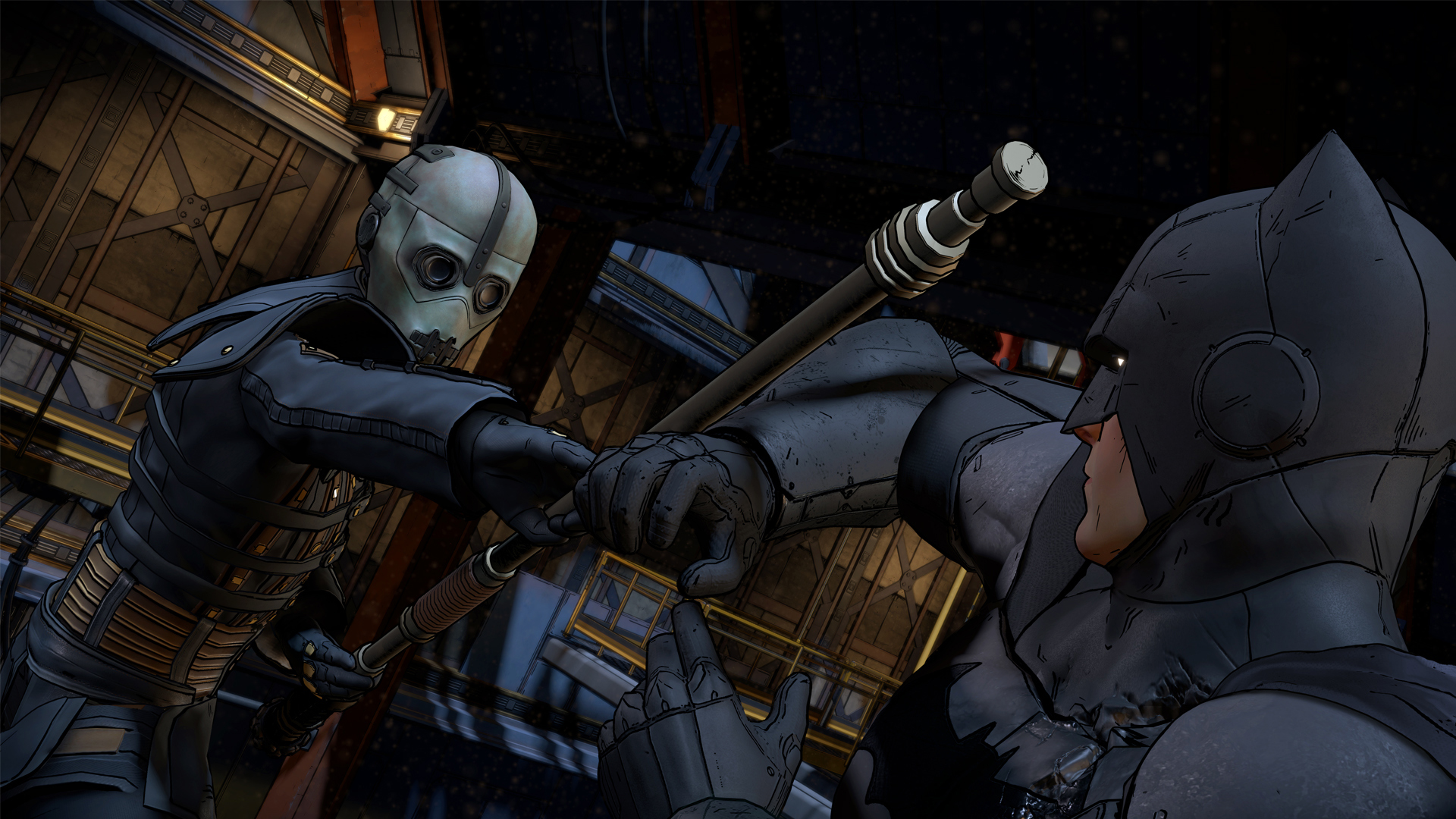 I’m not too fond of experiments as I don’t to ruin my progress and experience of the story that I’ve driven. Sticking to my decisions all throughout and let the story flow on its own way. This is one of the things I love about playing episodic games from Telltale – take for example, The Walking Dead: Season One.

Having the liberty to choose either to help Harvey or Montoya felt that it was already a big choice to make. It does have a lot of that “big” decisions in the New World Order unlike the previous episodes. Everything that you choose in this game brings a lot more of that heavy impact that can steer the story.  And with those decisions, Telltale also made one by letting us see that signature disappearing act by Batman after his conversation with Gordon – kudos to Telltale for not forgetting this.

The New World Order at the beginning can be uninteresting and dull without any flavor because of the poor intro sequence; this, however, changes along the way. The episode starts to be engaging at the first few acts slowly, and leaves you at a very interesting cliffhanger that makes you want Episode 4: Guardian of Gotham to come out sooner.