The game is a turn-based strategy game and it does pretty much alright in terms of its genre. The sad part is that it nearly does everything else horrendously and in terms of it being fun? Well, it’s not.

I won’t even get too into the plot as there’s barely any; all you need to know is that it’s set in World War 2 and that the cut-scenes (if you can even call them that) are so poorly made. So instead let’s start with how the game looks. 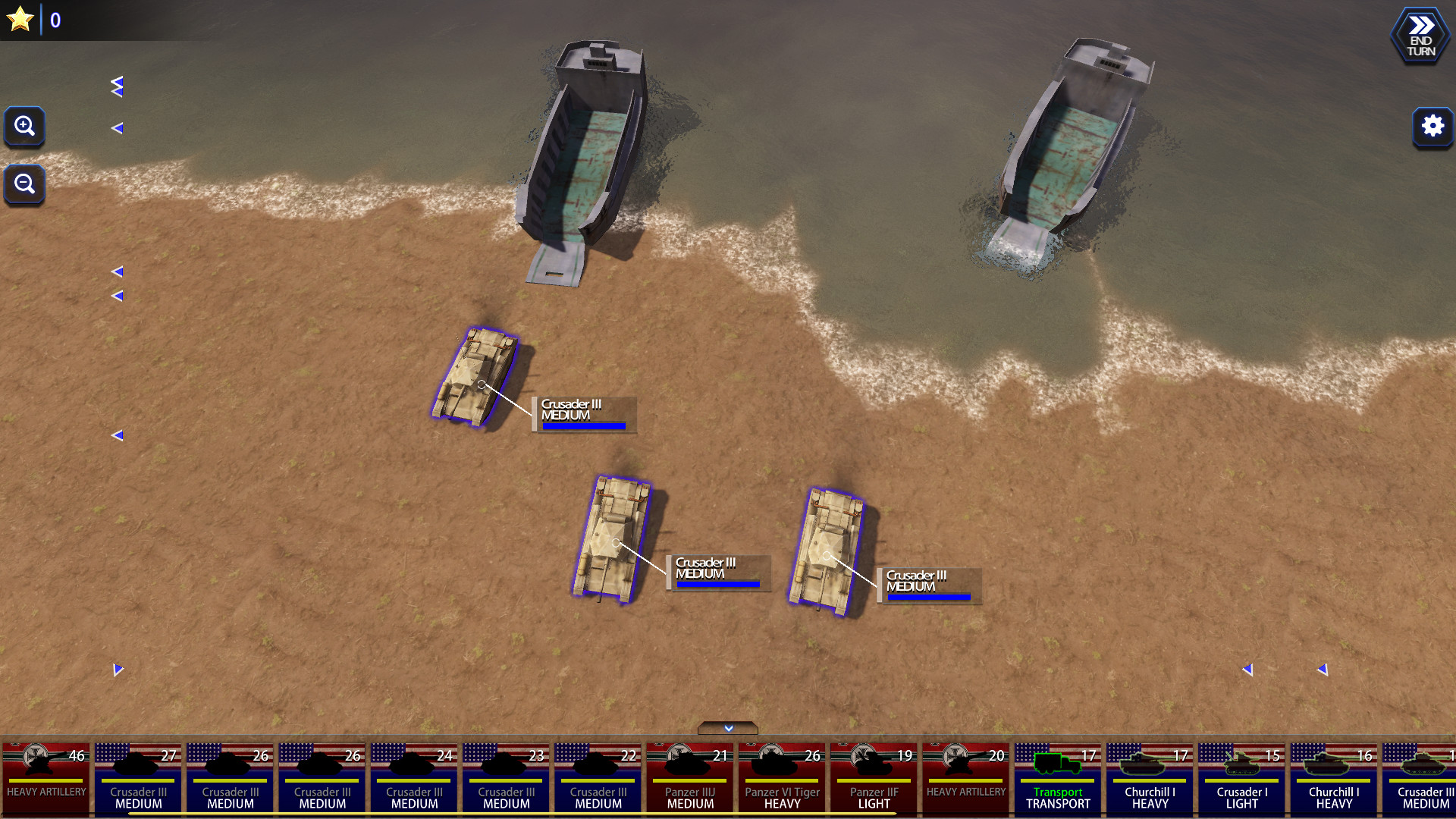 In terms of UI, it just feels all over the place. Simple acts such as choosing your units or even firing attacks can get very frustrating as the button layouts are all over the place. There are elements of the game that are hidden and the controls aren’t user-friendly. Everything was just haphazardly thrown together and it’s one big mess.

Graphically, it’s bad. This is a 2018 title and it looks like something you’d have played around the early 2000’s. Despite this being a game set in World War 2, you won’t see any human models at all. Imagine that, a war game without people, doesn’t that set you off a bit?

It would have been nice if the tanks at least looked somewhat decent. Sadly, that isn’t the case as all of them have that look where the developers just tried to rush whatever they were making.

And no, the game environments and level design don’t save it as they’re just as horrid. Most strategy games put you in places where you feel as if everything were alive and that there’s always danger lurking in every corner. In Battle Fleet: Ground Assault, it’s like a barren wasteland with a couple of tanks spersed here and there. 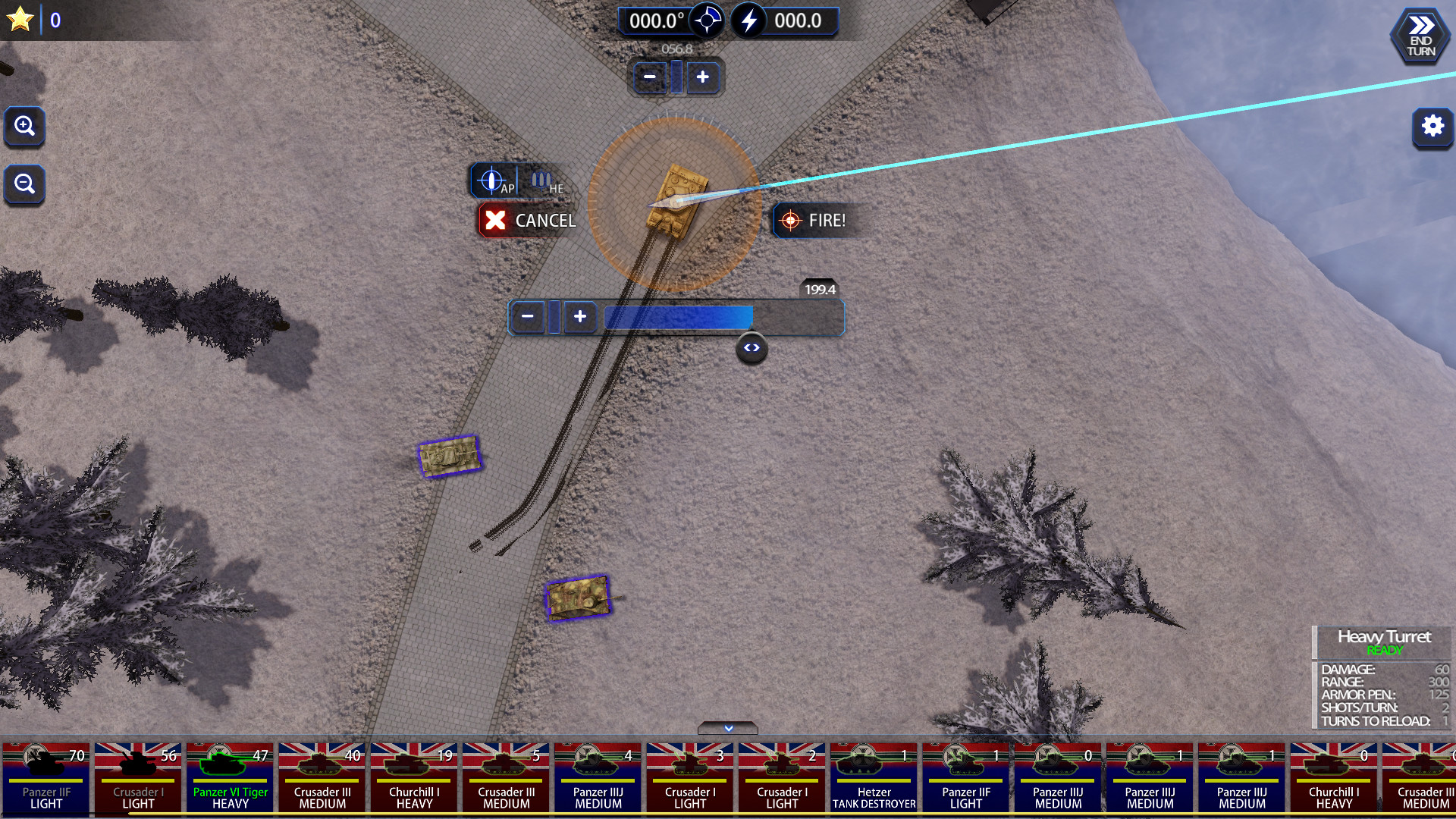 As for the gameplay, it’s confusing, unintelligible, and boring. For something that places you in a series of to-the-death tank battles across Norway, Denmark, Germany, Italy, Austria and France, it’s not enjoyable at all. You’re first presented with a world map that’s divided into different territories.  You can choose to train and create new tanks or select certain territories that you can fight for and possibly take over. The game doesn’t even tell you how to do this and you’re forced to learn all on your own.

The combat is pretty standard wherein you position your units at the right spots and open fire. Take note that it’s a turn-based game so you can only move and attack a limited number of times every turn. The fog that obstructs your vision does force you to position your tanks well, but it’s not like it really gives off that tense feeling of now knowing what’s out there.

Once you’ve situated them to where they need to be, then you can manually aim each round that each tank fires from each of its weapons. This is one of the only aspects of the game that I appreciated as it feels like there was a bit of love put into it; not enough to make it great, but the right amount to make it work. The fact that you have to make your shots land exactly where your opponents are give it that realistic feel. If you think that all of this takes too long, then thankfully the menu has a fast forward option which speeds up the game.

While you have off-map abilities such as having a carpet bomb drop all over your enemies, it’s no fun using them. Instead of a cursor, you get a target reticle in the middle of the screen and you just have to aim. The problem is that the reticle wrestles with the camera as it makes it impossible to land these off-map abilities near the edge of the map. This would have been a much more enjoyable mechanic if it was polished well, but alas that’s not the case. 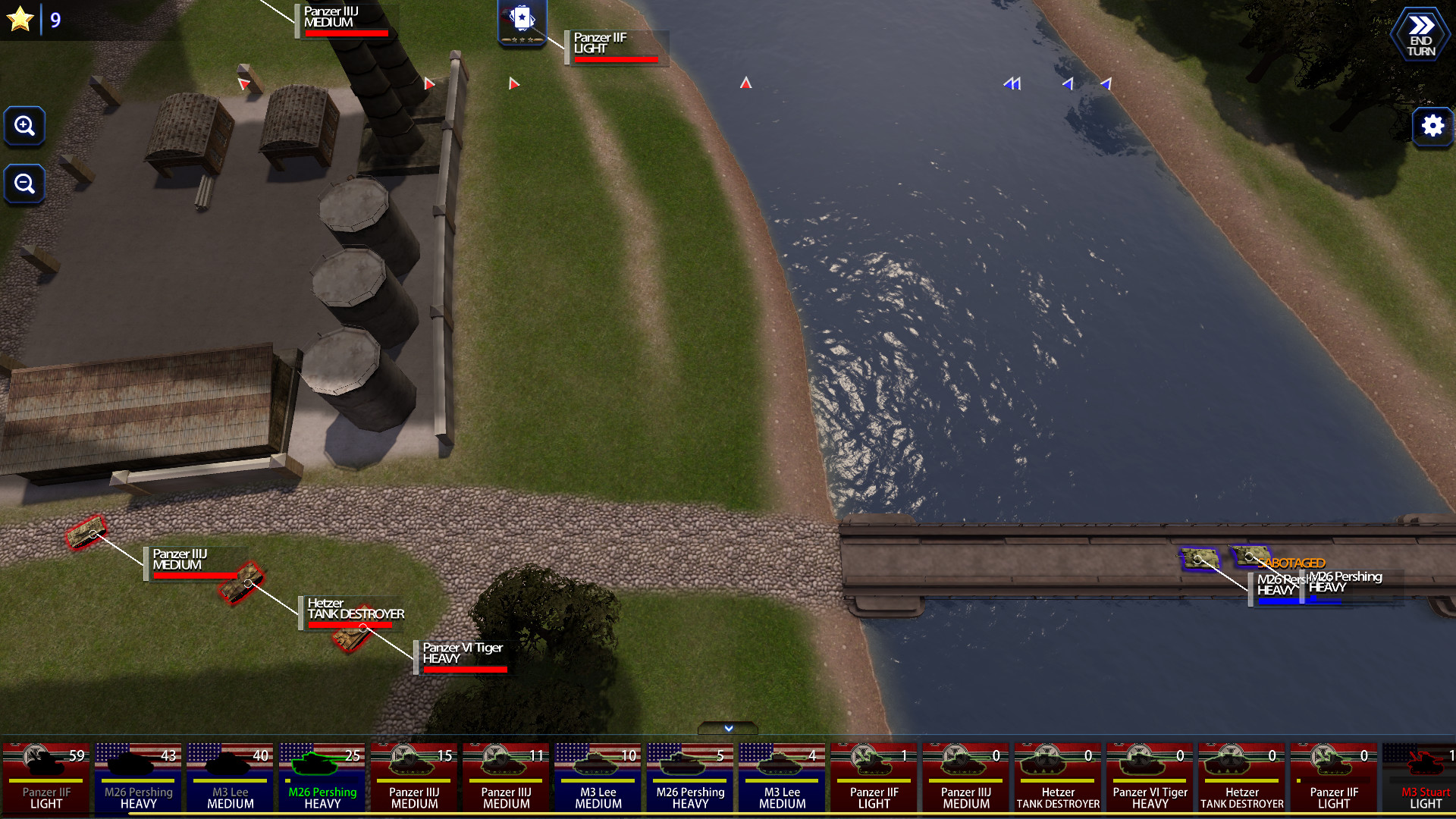 What’s funny is that there’s a multiplayer option. It’s as if the developers thought that anyone would want to play their game with a friend despite how poorly it was made. And as I checked how many were actually playing the mode, there was none. There were was literally nobody in multiplayer, proving that there weren’t any willing to put themselves and another person through an awful experience.

Overall, don’t bother buying this game. It’s clunky, its U.I is terrible, there’s no tutorial and there was clearly no effort put into it. You’re better off playing just about any other turn-based strategy game out there rather than this. 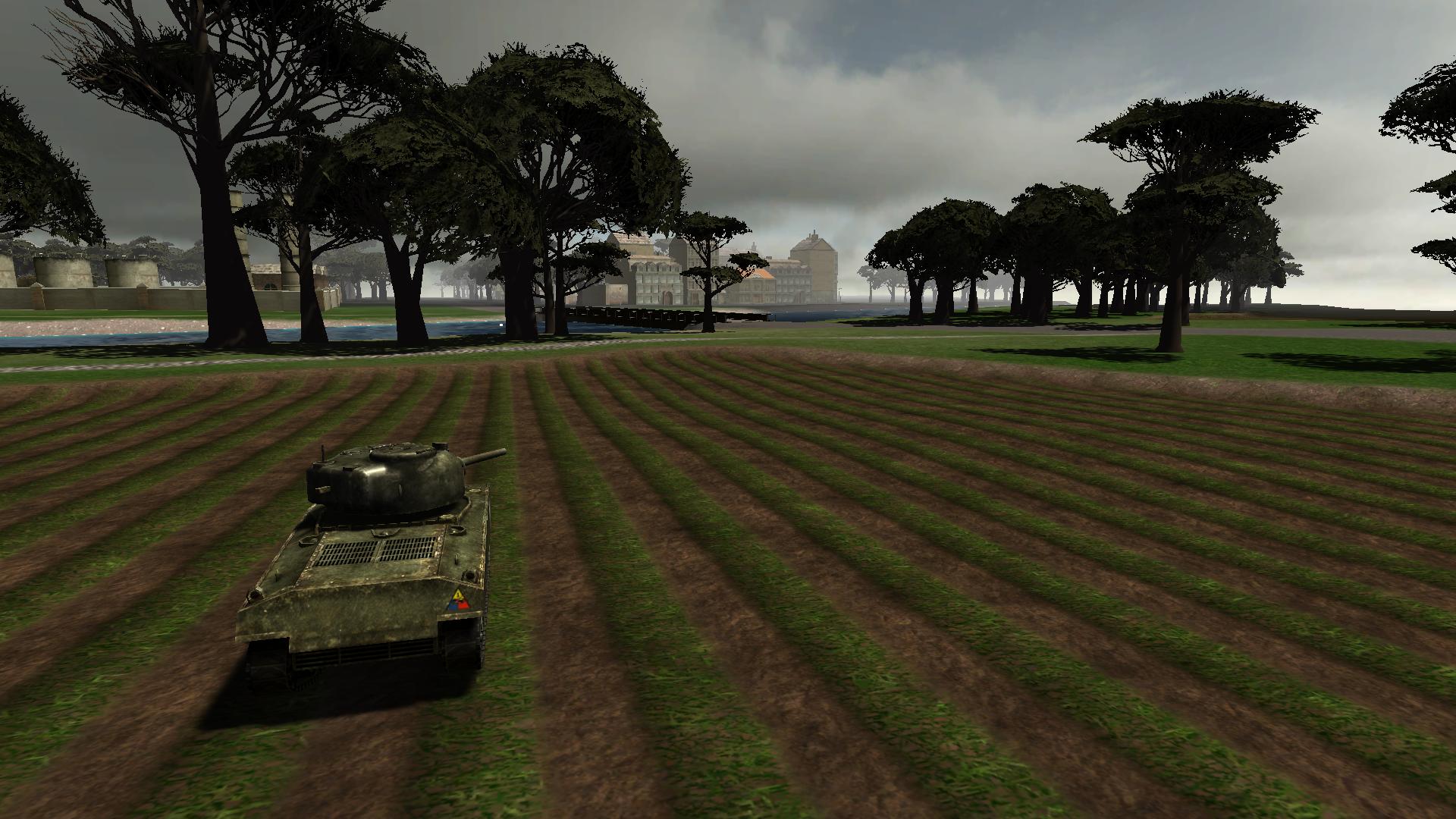