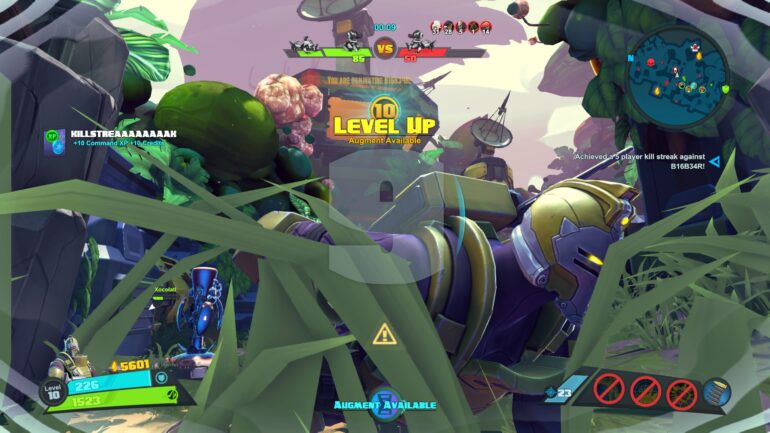 It’s the last star in the universe and everyone is fighting to take control of that sector. What will you do? Do you want to be part of the Peacekeepers faction to protect the last star, Solus? Or are you for taking control of the last star by force and to value power above all else like the Jennerits? The survival of the universe rests in your hands, Battleborn hero. Now choose your side!

Gearbox Software, people behind Borderlands, is taking a route for their latest IP – BATTLEBORN – in an online-only road. With other game competitors who have pioneered the genre like SMITE (Third-Person MOBA), Titanfall (FPS), and the upcoming Blizzard’s online first-person shooter Overwatch, can BATTLEBORN standout in this strong lineup?

BATTLEBORN is your online competitive first-person hero shooter from Gearbox Software. The game is set in a distant future where most of the stars in the universe has gone dark or destroyed by a mysterious enemy. Stuck with only one star left in the galaxy, Solus, is the last hope for the whole universe to survive. Now, all factions are fighting to take control of Solus. 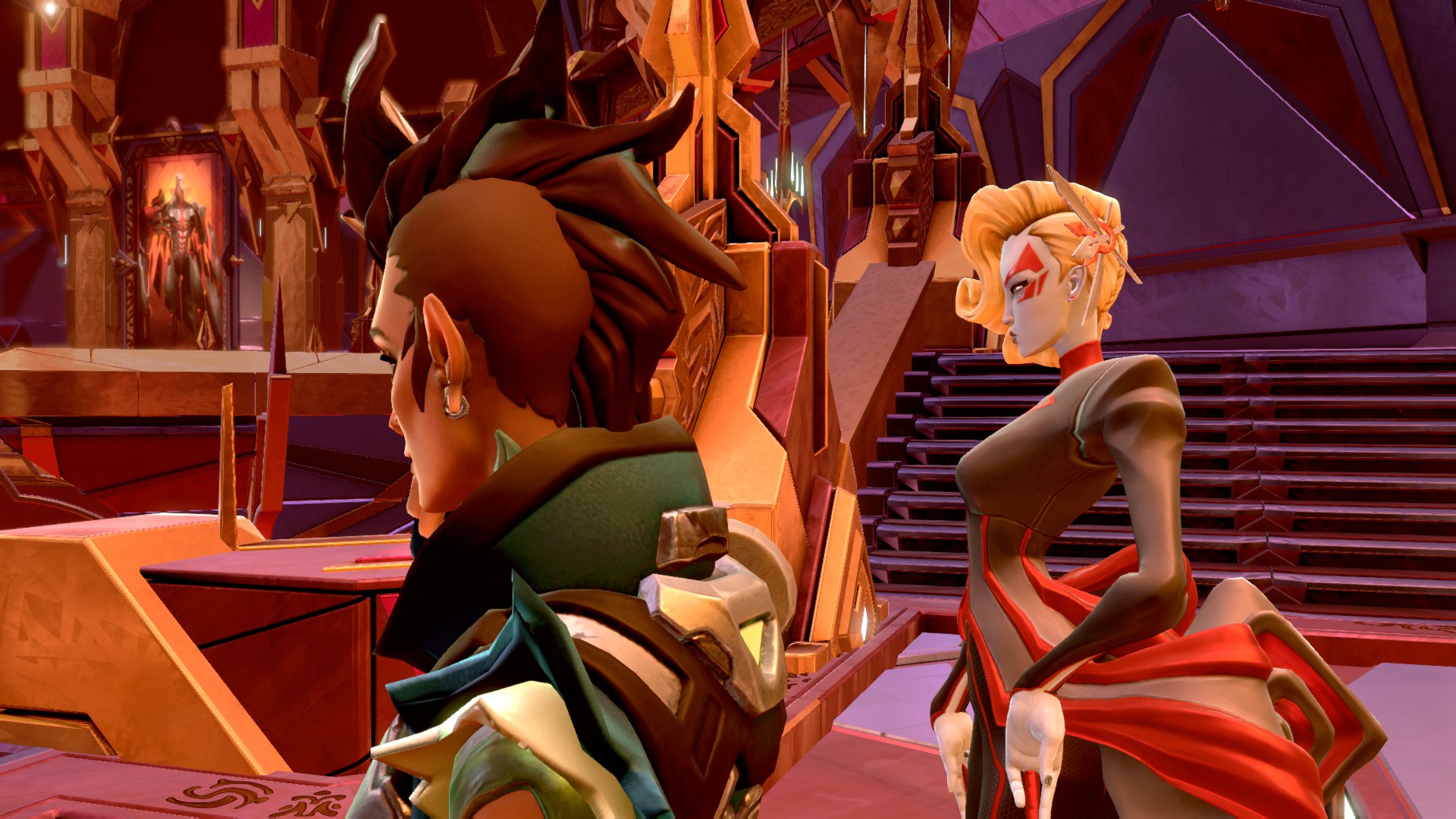 The game starts with a prologue that shows a brief story of a battle in a planet where you play as Melka, one of the Peacekeeper heroes, to save the undercover Jennerit – Deande. The prologue also serves as a tutorial, it doesn’t explain each mode but pretty much gives you an idea on the basics of the game. However, the game gives you some helpful information/brief details when you go over the menu for its other features like Gears, Loadouts, and also in every beginning of each mode in Multiplayer. It’s actually good because the game really encourages you to explore every feature than spoon-feed everything in one tutorial – which can be a little bit taxing for some players.

BATTLEBORN features a Story Mode. There is a total of 8 chapters or episodes, each episode gives you that television show intro where you see a brief cartoon/anime scene. What can be a slight bummer is that you are still required to play the game’s Story Mode online. Gearbox wants to encourage players to play the Story Mode with random players or in a party cooperatively, but you can still play the Story Mode alone by playing it privately. What’s annoying is that the Story Mode doesn’t offer any “Save” feature if you play the mission in single-player. If you quit your progress from one episode it will bump you back to square one where you play that episode again even on single-player mode. However, in a surprisingly good way, having latency issues won’t affect your single player experience unlike some other online-only titles. It can also be really enjoyable and at the same time challenging when you play the Story Mode as the bosses and minions are hard to kill especially when you’re using a melee character. 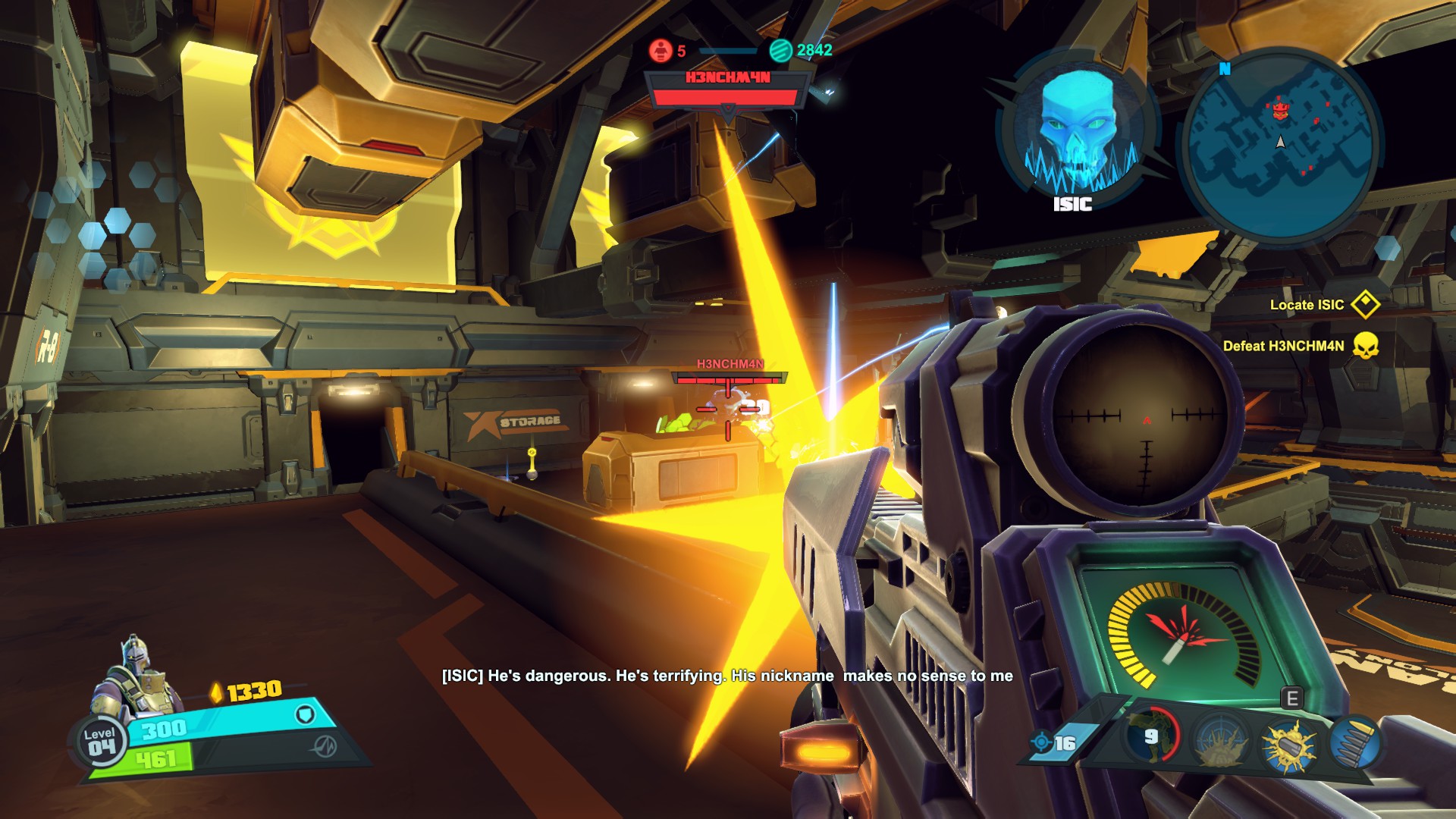 What really stands out in BATTLEBORN is its multiplayer – this is quite true. There are 3 modes in BATTLEBORN and has 2 unique maps on each mode. One of these modes is really popular in Asia and might also be the main highlight of its multiplayer – the Incursion mode. Incursion is your MOBA-like gameplay in a 5v5 setting to destroy 2 main sentry bots from each team. There’s only 1 lane that your team’s minions travel, it’s exciting and quite interesting to see all players gather in one location where all those explosive actions and battles are all around the place. There are also certain areas in the map that can be strategic shortcuts. Incursion runs 30 minutes per match. No doubt that the gameplay element of Incursion is what everyone is familiar with, and it’s very simple to understand because of games like DOTA and League of Legends. But after playing Incursion 6-7 times, it can become boring for casual players where the same objective/goal is repetitive.

Another mode is called Meltdown. I personally love Meltdown as it does have 2 lanes where your minions travel and fight to sacrifice themselves to be shredded in the enemy’s incinerator that gives your team points. This mode actually lets the player showcase their play style in every situation especially how the maps are well-structured that’s offered in Meltdown. There are greatly placed vantage points that encourages sniper-based players to support their minions and team members; and there are some not-too-confusing tight corners that lets brawler players surprise enemies with their melee attacks and abilities.

Capture Mode is something that’s really left out in BATTLEBORN. I mean, there are long wait times in the lobby which can really be disappointing. This mode is what we call the “classic” mode in every first-person shooter multiplayer. You capture Point A, B, and C, and hold those points while your team’s score increases. It’s still fun as it’s one of the core elements in shooter games, but in BATTLEBORN, it tells us otherwise. Perhaps, additional maps can make Capture mode more appealing to BATTLEBORN players. 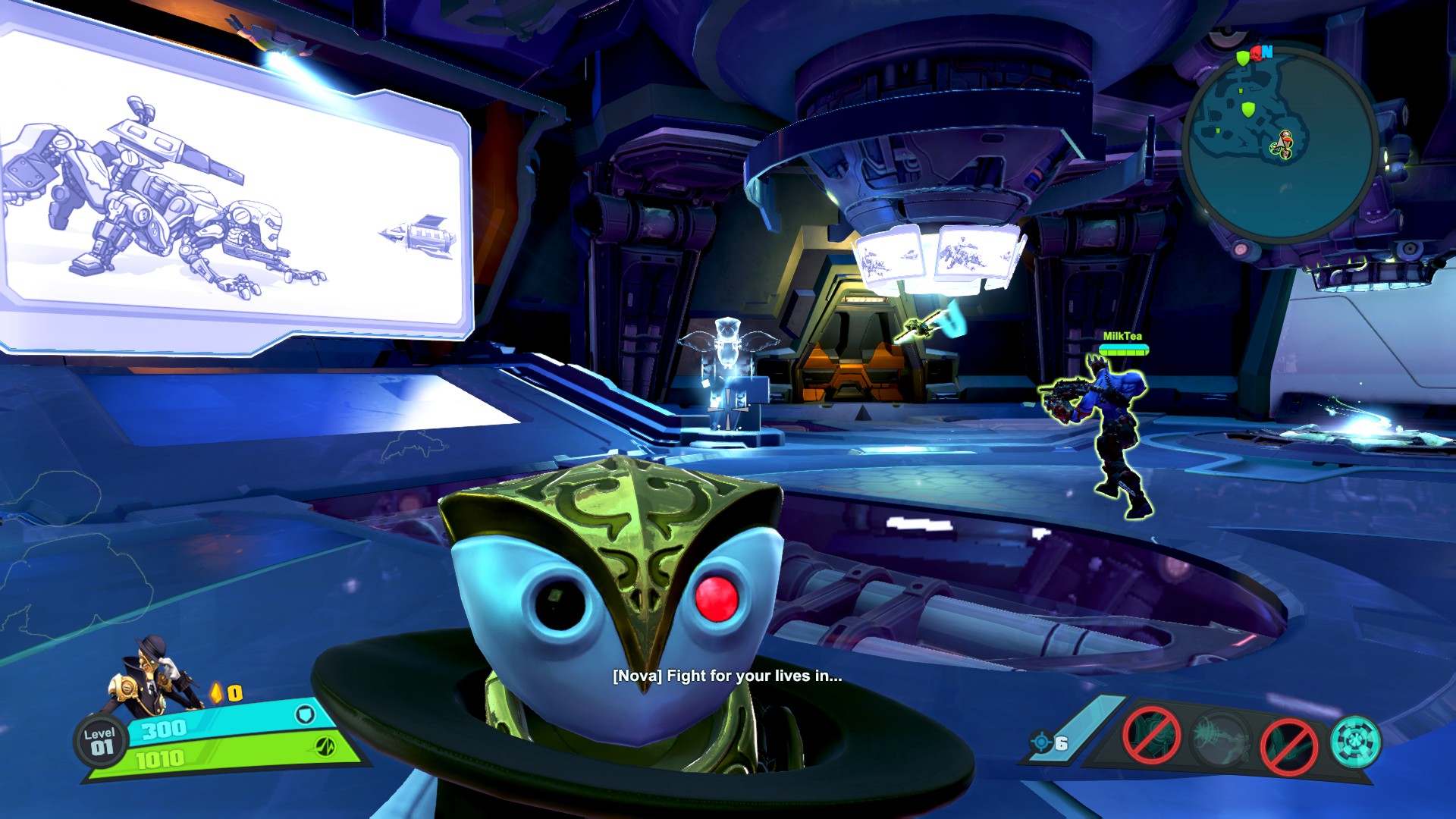 There’s a struggle when you play in the Asian continent. The player-base in Asia is really low. There are longer wait times in the weekdays for Incursion mode, and don’t even get me started to say how long you have to wait for a game in Capture Mode and Meltdown in the Asian server. You might wonder why your hair already grew white strands. This, however, might be different from the console versions as it can be possible that there are more players in the PS4/Xbox One platforms compared to PC.

BATTLEBORN showcases 25 playable heroes. Some heroes you need to unlock while other heroes like Oscar Mike, Rath, Miko, Marquis, and Boldur are provided as your first playable heroes. Each hero has unique abilities and skillset, what makes them interesting as well is that each of them has their own “Lore”. What’s good about BATTLEBORN’s list of heroes is that every character has their own play-style, which makes players have the option to choose what hero matches their preferred play-style. Don’t get fooled by how the hero looks as it can be a real surprise how a thin-robot like Marquis can really be a deadly sniper.

What the game also offers in every mode are Mercenary camps and also buildables. If you played Heroes of the Storm, then it’s quite easy for you to understand that you can capture Mercenary camps by taking them down and capture their area to hire them to aid your team and minions. These Mercenaries are quite deadly, in my opinion, and is somewhat a bit overpowered that a team can totally abuse to hire mercs and making the opposing team have a really hard time defending against those waves of mercs; sometimes killing the fun by forcing the team members to cast a Surrender vote. But aside from these overpowered mercs, there are also buildable turrets, healing wards, etc. that can also help defend the area or give some boosts to your minions, teammates, and yourself – but then again those overpowered mercs still kills the fun in some way. 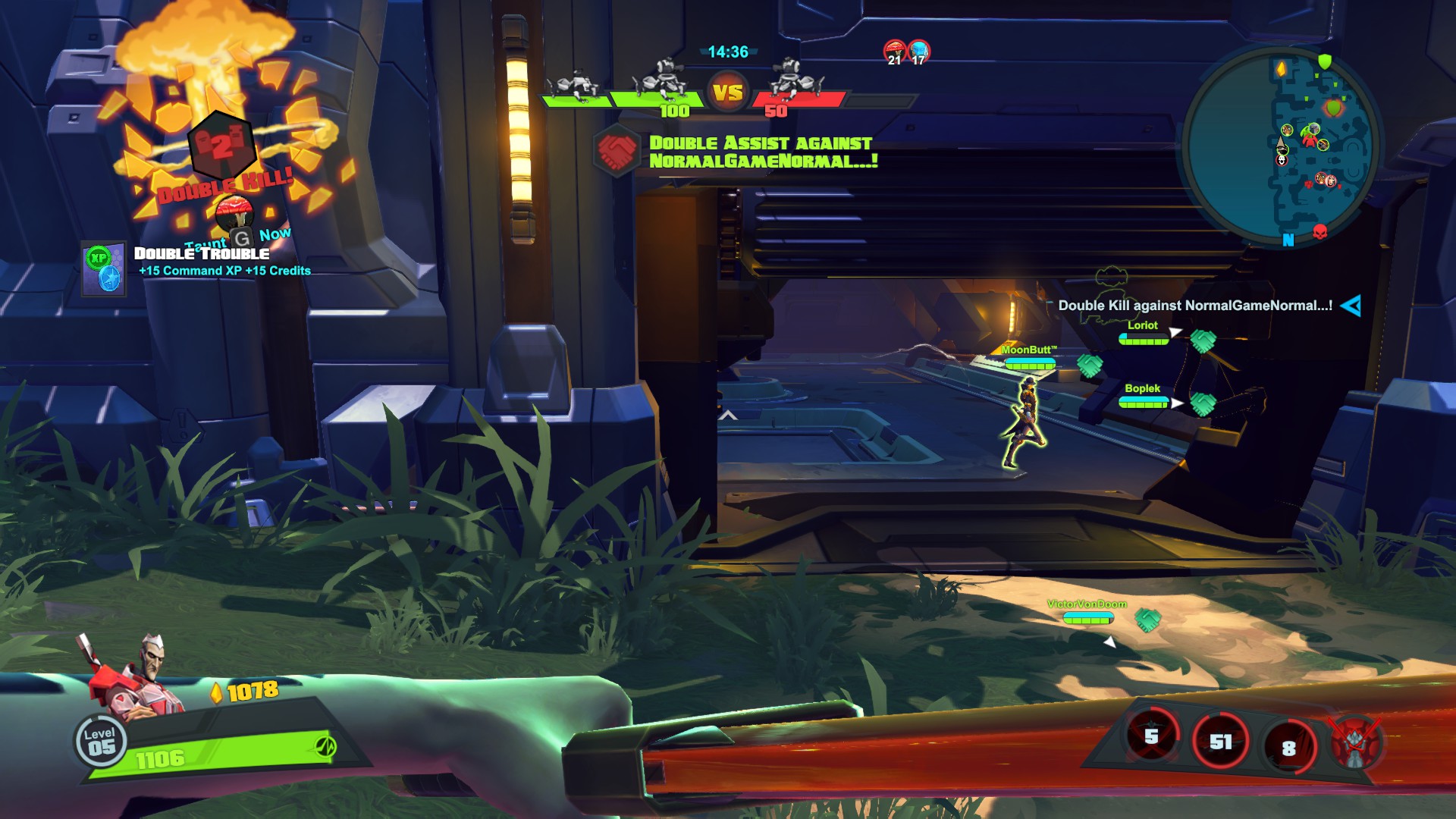 You can also purchase Loot Packs that can be bought using in-game credits – at first I really did think that the game involved micro-transactions, fortunately it didn’t! You can carry 3 Gears max in every loadout. With these loot packs, it gives you Gears that you can equip in your matches or missions on Story Mode by ironically purchasing them again to activate your Gear using shards. It feels a bit redundant in a way you have to pay using shards to activate your Gear.

There is also what we call the Helix System. The Helix System is your in-game level progression whenever your character levels up in a match similar to other MOBA titles. Every character can reach up to Level 10 where each level offers two augmentation choices for your character’s abilities or skills. This feature is relatively easy to understand by reading its advantages.

BATTLEBORN is also great when it comes to humor. There are times when I just laugh in certain character quotes like how Oscar Mike says “Deploying explosive thingy” when you use the grenade launcher. And also how this one crazy A.I, Nova, says “haul-ass and nuke newbs in… 3… 2… 1…” at the beginning of the match. The dialogue in this game is quite mature but badass funny. There are just jokes that sounds too corny, but it’s not all that bad.

Let’s go with how the graphics of the game is. Its visuals are pretty much comparable to Heroes of the Storm, which is cartoon-ish or based from a Pixar animated movie almost similar to Blizzard’s upcoming shooter, Overwatch. To say it in two words, it’s “visually attractive”.

BATTLEBORN delivers the fun factor and all-around humor that you can get from a game. You can ditch the Story Mode and hop on the multiplayer side as that’s where the game really shines. Despite its lack of a better narrative, the stability of the game’s server, and its fun multiplayer concept can surely reel you in to get the game. Are you now ready to haul-ass and nuke some newbs?

This review is based on a physical copy provided by 2K Games.