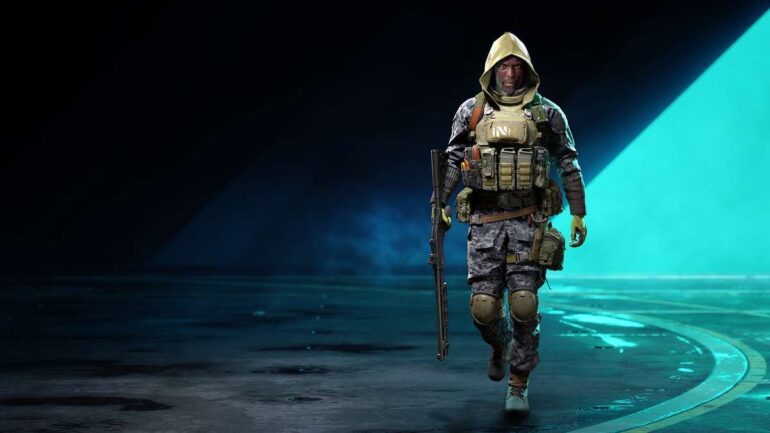 Game company Electronic Arts has recently announced that getting the pre-order of Battlefield 2042 will net players an exclusive skin.

With the release of the short film Exodus yesterday, EA has something special for those who will be pre-ordering the game. Aside from securing the early open beta access, players can get the exclusive Irish Battle Hardened legendary skin as showcased in the film.

Here’s the description of Irish from Xbox Wire:

In the near-future world of 2042, a combination of geopolitical distrust, resource scarcity, and violently unpredictable weather have created the perfect storm, leading to the fall of entire nations and the displacement of millions. These displaced souls struggling to survive have been dubbed the Non-Patriated – but they refer to themselves as the No-Pats. You can take a deeper dive into the No-Pats, who they are, and what they’re fighting for in the multi-chapter story, Journey of the No-Pats.

Voiced by the original actor, Michael K. Williams, Irish is now one of the prominent leaders of the multi-factioned No-Pats and a playable Specialist in the game. He has only one goal – lead his people to safety. But that’s becoming an increasingly tricky proposition with both the U.S. and Russia on the brink of war, and the enigmatic No-Pat leader Oz stoking the flames.

Irish is just one of the many Specialists that will be introduced in the coming weeks. Battlefield 2042 will get the pre-order bonus of exclusive Irish skin and the early open beta access. It will launch on October 22, 2021 for PlayStation 4, PS5, Xbox One, Xbox Series X/S, and PC.