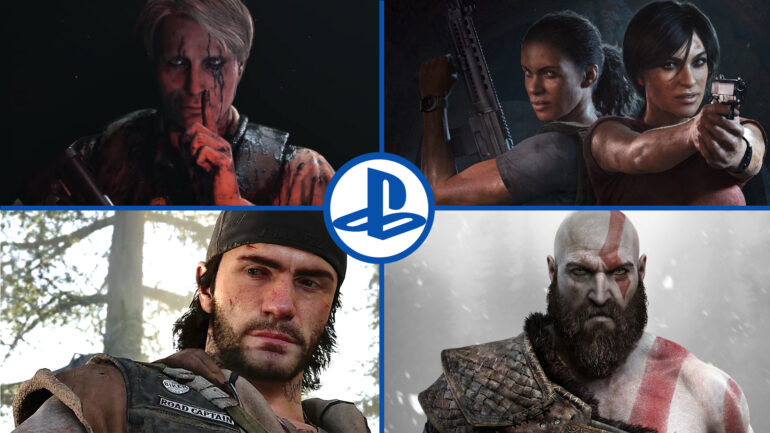 A month from now, we’re heading so close to E3 (Electronic Entertainment Expo), which will be on June 13 to 15 at the Los Angeles Convention Center, and there are already hype trains going back and forth from across all platforms – Sony’s PS4 and PS4 Pro, Microsoft’s Xbox One & Scorpio, and Nintendo’s Switch. It’s an exciting moment for gamers and companies altogether; as PR tries to impress the media and the gaming community with aspiring talks and excite everyone with the game they represent, it still boils down to the overall quality of their product.

Sony delivered in many aspects. They proved that a new intellectual property (IP) from their well-trusted and talented first-party developers like Guerrilla Games can make a huge change. The freedom in which Sony first-party teams can do, they are not afraid taking things beyond what everyone can possibly imagine.

Walking mechanical animals and dinosaurs in an RPG direction from a team of developers who only made shooters managed to captivate people. How much more other studios like Santa Monica and Bend Studios? If they get out from their comfort zone, there’s no doubt that these developers can still deliver innovative titles from their sleeves especially that Sony will surely back them up without a doubt.

Naughty Dog’s final chapter of Nathan Drake doesn’t end there, Chloe and Nadine are still in for another exciting adventure in Uncharted: The Lost Legacy. Even Ellie and Joel’s journey still lingers across the whole seas and it’s time for The Last of Us Part II to emerge. Bend Studios’ post-apocalyptic survival-zombie game, Days Gone, is a sight for lovers of the latter, and it will no doubt succeed what Naughty Dog has created. Don’t also forget that Kratos is back, and he’s in a state that no powers can save him this time, not even the power of the God of War.

Hideo Kojima’s unorthodox way of creating video-games is a thing that every gamer loves. The rise of Metal Gear Solid proved that the imagination of Kojima is priceless in all accord which continues in this new world of Death Stranding. Heavy Rain and Beyond: Two Souls’ creative team is going to release a new neo-noir thriller that involves androids that became more aware of the things they do in their daily tasks — Detroit: Become Human.

Don’t forget our friendly neighborhood Spider-Man, the team behind Ratchet & Clank – Insomniac Games – will be making their first run with an established name. But don’t get too excited for Spider-Man as there is this rumor that a new Resistance game is on the way. A reboot perhaps or will it continue the story between humanity against the Chimera?

It’s a pretty exciting press conference for Sony at E3 this year, and we are all psyched about the new updates of their upcoming exclusives and hopefully a set-in-stone release date this time!

And let’s not forget, GameSpot released a list of possible games that might show up at E3 in Sony’s press conference: Project Oscar, Bloodborne 2, and Resistance 4.