10 Best Horror Games That You Should Be Playing 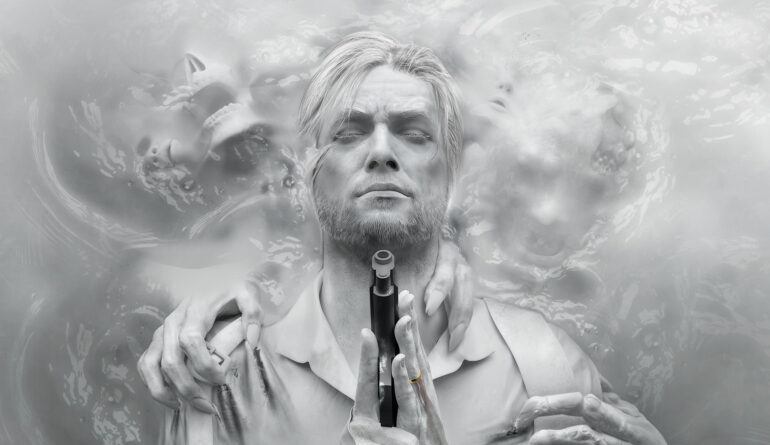 October is just around the corner and there couldn’t be a better time to whip up some of the best horror games to play for the month of Halloween. Have any ideas on what horror game to play? If you’re having trouble, we’re here to help you out. Take a look at our best horror games list and see what best intrigues you.

To make the best horror games list more intriguing, I decided to not include mainstream popular games like Resident Evil 4 or the Silent Hill franchise since you’ve probably already heard of it.

Best Horror Games That You Should Be Playing

Even after decades that this series faded into the darkness, I still can’t forget that cool opening intro music of Parasite Eve. The world it presented was just so intriguing yet grotesque. I started with Parasite Eve 2 and the moment I saw the first monster transformation in the game, I couldn’t help but be squeamish. For a game running PlayStation One graphics, it was insanely grotesque and contrasted well with the protagonist’s beautiful appearance.

Play as a police officer and FBI Agent, Aya Brea, as she fights against a primordial horror. Unlike the average joe, Aya has mysterious supernatural abilities that give her an edge in combat against the mitochondria horrors of the game.

Parasite Eve went through a number of reconfigurations after each installment. The first game was an interesting blend of survival horror and JRPG elements while the second was more inspired by Resident Evil’s fixed camera action while retaining some elements from its predecessor. Both installments have their own fans that get into heated arguments on which game was better.

The 3rd Birthday completely forgoed the horror elements of the franchise and turned it into a third-person shooter action game which was probably the final nail in the coffin for the franchise.

Alone in the Dark: The New Nightmare

An old-school survival horror that long faded into obscurity. Alone in the Dark: The New Nightmare is very much similar to the older installments of Resident Evil complete with fixed camera angles and tank controls.

You get to pick between two characters, Edward Carnby and Aline Cedrac. The former has you battling monsters in classic survival horror style while the latter is more centered around the game’s puzzles. Unlike Resident Evil that has you facing biological horrors, Alone in the Dark is more faithful to the Lovecraftian themes. Explore Shadow Island and uncover the mystery behind it and its inhabitants.

I remember playing this back all the way during the PlayStation One era, and even today I still can’t forget how dreadful it was facing invisible enemies. If you can forgive the old school graphics and have been yearning for the old school classic survival horror then Alone in the Dark: The New Nightmare is a great place to start. Although I’d advise against trying out the other installments of the franchise. While I’ve never played them myself, I have heard that they’re not really too good which probably contributed a lot to the fact that this game never reached the heights Resident Evil did.

A bit more recent than the others on this best horror games list, The Evil Within isn’t exactly obscure. And chances are you’ve probably heard of it. But it’s done relatively poorly despite the initial enthusiasm of the first game that it’s probably never going to be seeing the third installment. And that’s a shame since it’s completely worth trying out if you haven’t already.

The Evil Within is a third-person survival horror game where you play as Sebastian Castellanos, a detective for the fictional Krimson City, responding to what should be an average case for him only to wind up being trapped in a hellhole with grotesque creatures trying to kill him.

Created by the father of survival horror, Shinji Mikami, there was a lot of expectation for this game. And unfortunately, there were a lot of problems both gameplay-wise and performance-wise during the game’s initial release. The first game lacked a bit of originality as it borrowed one too many times from popular horror works. It also featured a confusing story that didn’t have the impactful ending it should’ve had.

The Evil Within 2 fared much better, improving upon many of its predecessors’ questionable game mechanics and more original and creative monster designs. Unfortunately, The Evil Within 2 didn’t have as strong of marketing as the first one as Shinji Mikami was no longer the director of this sequel. As of yet, there is no third game announced.

Deviating a bit from survival horror, the gothic RPG horror of Vampire The Masquerade: Bloodlines made our best horror games list because it’s a great game to play this October. If you’re sick of being the prey and want to be a hunter then this game is one of the best ways to fulfill that desire.

Vampire The Masquerade: Bloodlines offers an interesting narrative with multiple branching paths. Create your own vampire, forge allies, and make enemies at your own choosing. The character creation of this game is extensive and offers a lot of replayability value. Each character in the game all has their own interesting dialogue, reaction, and background that exploring what the world has to offer is never boring.

If you can forgive it for its dated graphics, then Vampire The Masquerade: Bloodlines is one of the best vampire horror role-playing games you could get your hands on.

Hunt: Showdown never really took off as much as I had hoped, and this is why it got into our best horror games list. It’s a horror-styled gunslinger battle royale game where the objective is to get your bounty and escape. It sounds simple in premise but is fairly one of the most brutal multiplayer experiences you could ever get your hands on. Prepare to die, die and die again.

You don’t necessarily have to be the one to kill the bounty only that you return with the mark. Other players will be waiting to acquire the bounty for themselves and it’s an uphill battle of strategic positioning, accuracy, and risky initiatives. One moment you’re walking through the forest, the next thing you know you’re dead because of a headshot.

Hunt: Showdown is a game about sound. There are a lot of things on the map that make a lot of noise. And there is also a lot of the undead roaming around making your life difficult. If you’re patient and enjoy intense gunfights, as being part of our best horror games list then I recommend Hunt: Showdown.

Taking place in an abandoned mansion, Tormented Souls puts you in the shoes Caroline Walker as she investigated the disappearance of twin girls. The game takes inspiration from games such as Silent Hill and offers an old-school fixed camera with the classic combat gameplay of old-school survival best horror games.

A Lovecraftian-themed survival horror that offers very little in ways of combat, The Song of Horror is one scary game on our best horror games list. True to Lovecraftian works, you’re never really given a chance to fight back for real, you’re lucky to survive the encounter.

What’s interesting about Song of Horror is its mechanics. Anytime a character of yours die, they’re killed of permanently and the story moves on without them. This can make it particularly difficult to risk a character you like as each of them can be offed for real. You’re free to select a character at the beginning of the stage and each of them have their own advantages that others don’t. Some have a really helpful light source and others have more mental fortitude.

If you’re looking for a true survival horror experience, then Song of Horror is sure to scare you out of your wits.

Despite being a coop multiplayer game, Phasmophobia is genuinely scary. This was popular with streamers back when it was first released, but the hype for it seems to have gone down. Still, it’s a great game to play alone or with friends for memorable experiences.

The goal of Phasmophobia isn’t to exorcise whatever is haunting a particular area. It’s to find out what exactly is haunting a particular area. You’ll get rewards based on clues that you collect such as photographs, bones, and evidence of other anomalies. What’s interesting is that the game does make use of your microphone and the ghost does respond to whatever you’re saying. Be careful though as if you anger the ghost it will hunt you down.

Phasmophobia is one of the best horror games to play with friends and we recommend it for a fun but scary time.

Fatal Frame is one of the scariest, best horror games by virtue of putting you up and close with ghosts. If you want to have the best possible chance of expelling these corrupted spirits, you need to let them get close to you before snapping a picture with the Obscura Camera.

Each installment of Fatal Frame does feature a different cast and shares the same core mechanic. But it all really amounts to failed rituals that involve the brutalizing of young maidens who have turned into vengeful spirits.

I still remember Alan Wake for the memorable story and the amazing songs. And even to this day, it’s one of those games that remain a classic to me. If the other games on this list are inspired by HP Lovecraft, then Alan Wake is more similar to Stephen King’s works.

Alan Wake is a third-person horror game where you’re placed into the shoes of the titular character himself. Taking a vacation with his wife in a peaceful rural town of Bright Falls, Alan soon discovers that it inhabits a mysterious power that is very deadly. After his wife disappears and he’s left looking for her he finds his own creations as an author has come to life to attack him. He’s left with no choice but to see the story through in order to save her.

That concludes our 10 Best Horror Games that you should be playing right now.