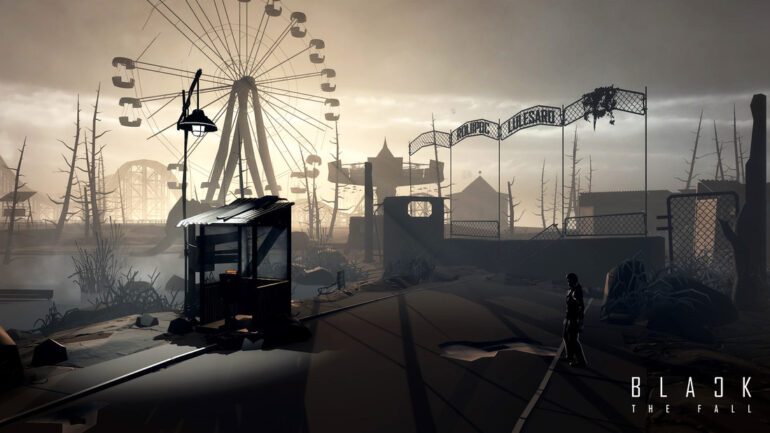 A time where platformers are on the rise again, Sand Sailor Studio created a game that can manage to compete against other side-scrolling platformers, but fail to be unique because of its familiar theme and gameplay. I can’t help myself but compare Black to the 2016 successful dark and gloomy Inside by Playdead. But despite of the similarities of both, Black still delivers a fun puzzle solving side-scroller that will make gamers want more. 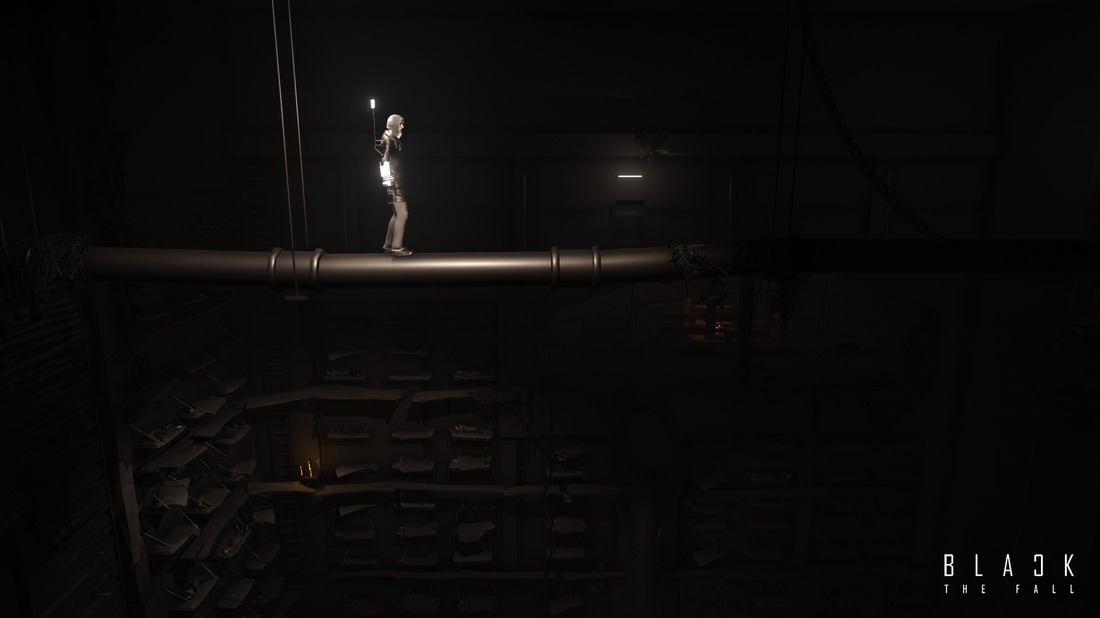 The story begins in a room full of human robot slaves, or robot human slaves (I’m not really sure about what they are) in a post-apocalyptic setting, and your mission is to escape a prison factory where you will be surrounded by guards and turrets.

The game is simple but complex, each room or area contains different kinds of puzzle that you need to solve. Some puzzle needs you ride a bike just to open a certain door or hide yourself from a camera that will kill you instantly. This game also needs you to be stealthy and patient because some puzzles need you to think on how to escape or to distract a guard. Sound simple? Nope, Black’s puzzle solving is so complex that some parts of the game requires you to wear a headset to hear a hissing sound of a pipe in a very dark room where you must avoid the steam just by listening to the pipes. That blew my mind because no other game, or maybe rarely, would let you depend on the sound to complete a puzzle.

Later in the game you will be given a laser point where you can command Robot human to help you escape. Using the laser point gives you the ability to control the robots, open a door for you, distract a guard or even trick them by killing themselves. Also, along the way you will find a robot dog that will accompany you in your escape. This makes the puzzle more interesting and fun, you can control the dog with your laser which you can command your dog where to go or what to do.

The problem I had with the puzzle is not the puzzle itself but it’s actually the game’s background. You need to open your eyes wide to see what you had been missing to complete the puzzle. It’s kind of frustrating because sometimes it takes long to finish one puzzle just because you haven’t notice the missing piece that is barely visible. 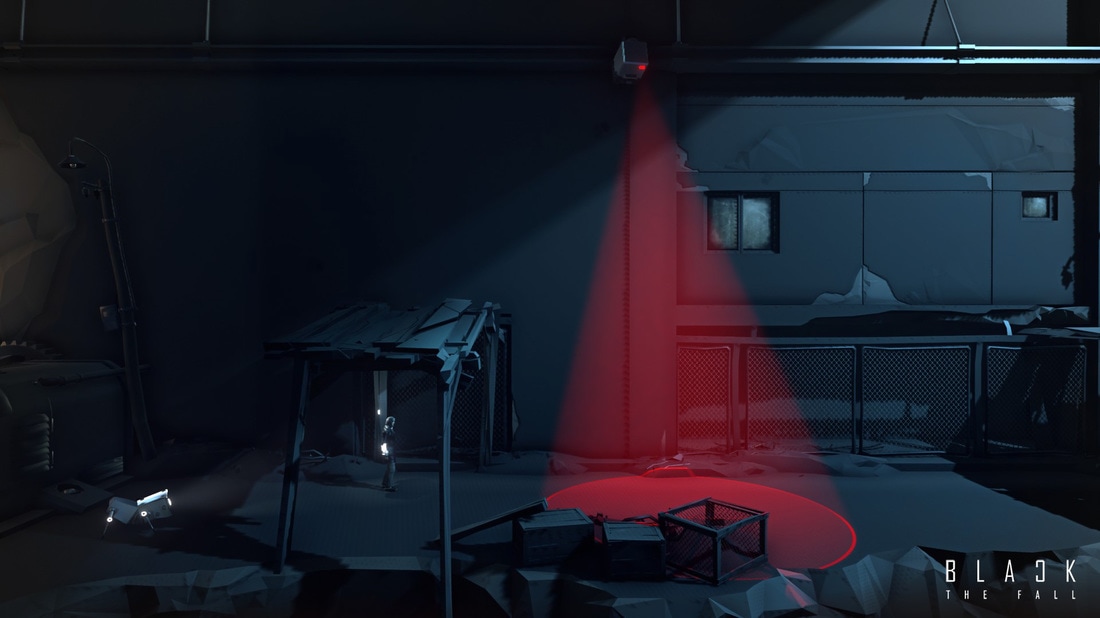 Visually, the game’s looks stunning. It’s made using the Unity engine, Black: The Fall’s dark and gritty theme of black tells us the story of the communist regime area without narrating it. The design of the game’s background already tells us what happened to the people and why it happened. Compared to Inside’s almost all-black background design, Black is more detailed and has depth.

The sound and music are okay but it’s not that great, it’s too quiet sometimes for me, I know that it’s supposed to be that way but I hope they added some music to set up the mood, how about something a little suspense?

Overall, Black: The Fall is a fun and challenging game that is suitable for those who wants a game full of mind-blowing puzzles. It may not be as fun and unique as Limbo and Inside, but Black deserves a credit. It took me 6 hours to finish the game but that 6 hours was worth it, however, that frustrating background design just got to me. But so far that’s my only concern for the game. Black: The Fall is nowhere near Playdead’s almost perfect side-scroller but it still kicks ass when it comes to puzzle solving. 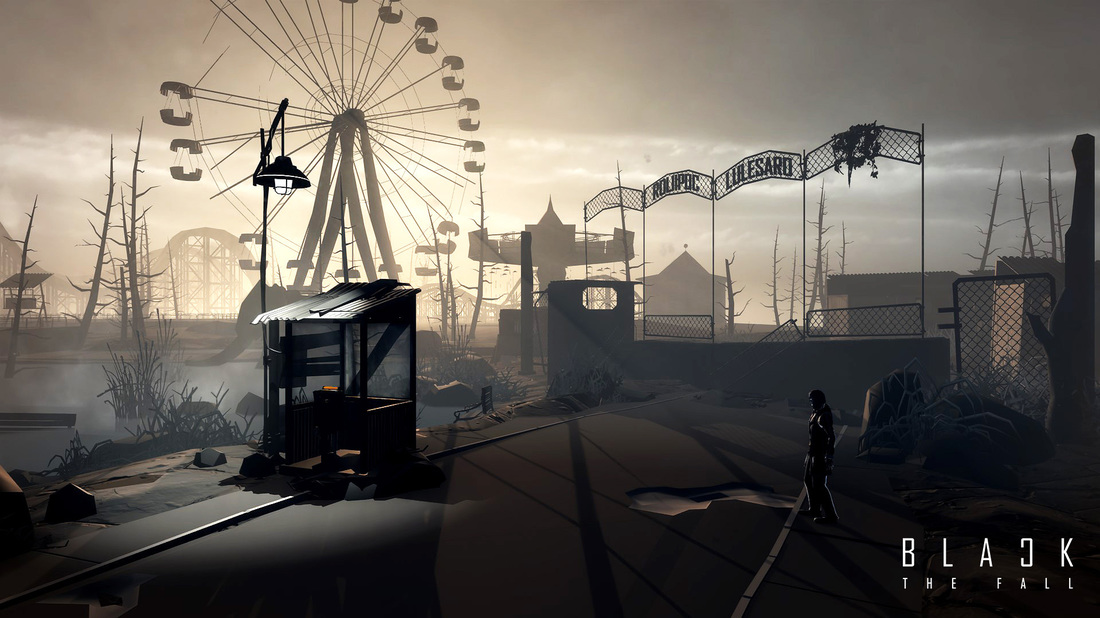 Black The Fall - Review
Score Definition
We tell you, it’s a good game! It’s not average! It might have some problems here and there, but you have to admit it is a “Good” game.
Pros
Tons of Puzzle Solving
Robot Dog
Cons
Few Frustrating Puzzles
Too Quiet
Too Short
7
Good