Have you ever played a game where its main objective is to just keep going until you don’t want to play it anymore? Well I have, I guess that’s why they call it an Odyssey. 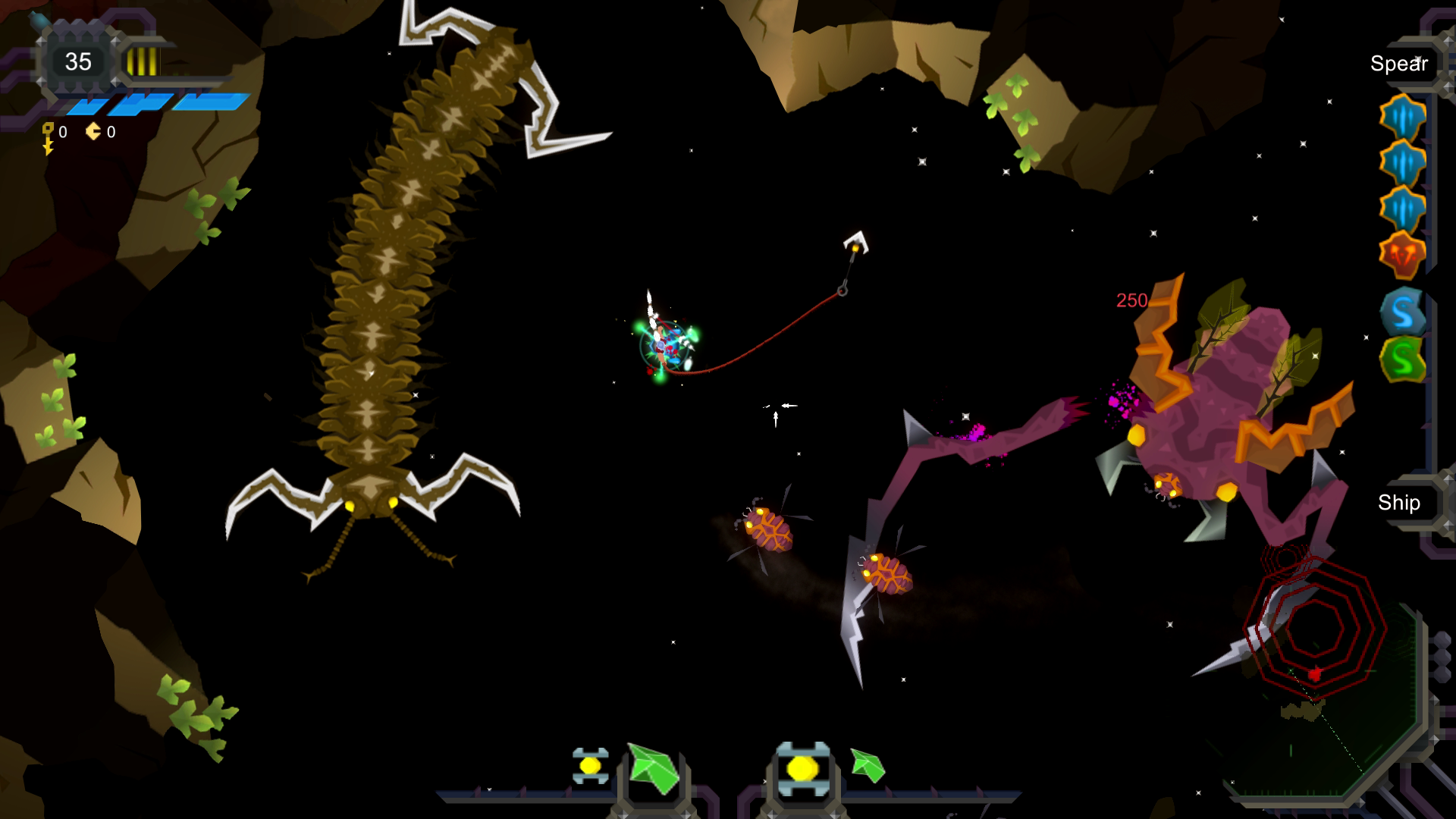 Blacksea Odyssey is a rogue-like shoot-em-up game where there really is no main objective. You just keep hunting countless monsters one after the other. Monsters who all look similar to each other and monsters who have mini versions of themselves that is scattered throughout a very small map which are only there to annoy you until you find that monster that you have to kill for points.

I seriously thought there was more to this game than meets the eye but after just two or three tries I can conclude it’s just that. A pointless meaningless shooter game in which your progress doesn’t even get saved when you go back to the main menu. What happened was I unlocked this new weapon for the character I was playing and I thought my previous progress was going to be saved. But when I entered the game again, it took me back to the first area and I have to start anew with my progress.

This was probably one of the worst experiences I had with a game. There was just nothing memorable about the whole experience and instead of having any fun I felt like I was a lab rat for an unfinished game. Another problem I had with this game was the way you had to unlock new characters. To unlock new characters, you would have to kill certain monsters which could have been found in the later parts of the game. But taking into consideration that all the monsters you are hunting are random, then who knows when you will get to kill those.

Sure you can get stronger because the monsters can randomly drop an equip item that enhances your shooting spear or items that you can activate with a tap of the L1 or R1 buttons. I’m not sure if there really is a button to let you shuffle through the items you have acquired but I have yet to find that out but I did try pushing a button here and there to no effect. So it seems like if you want to use the healing item which is 4th in line, you will have to use all the other items you have acquired. 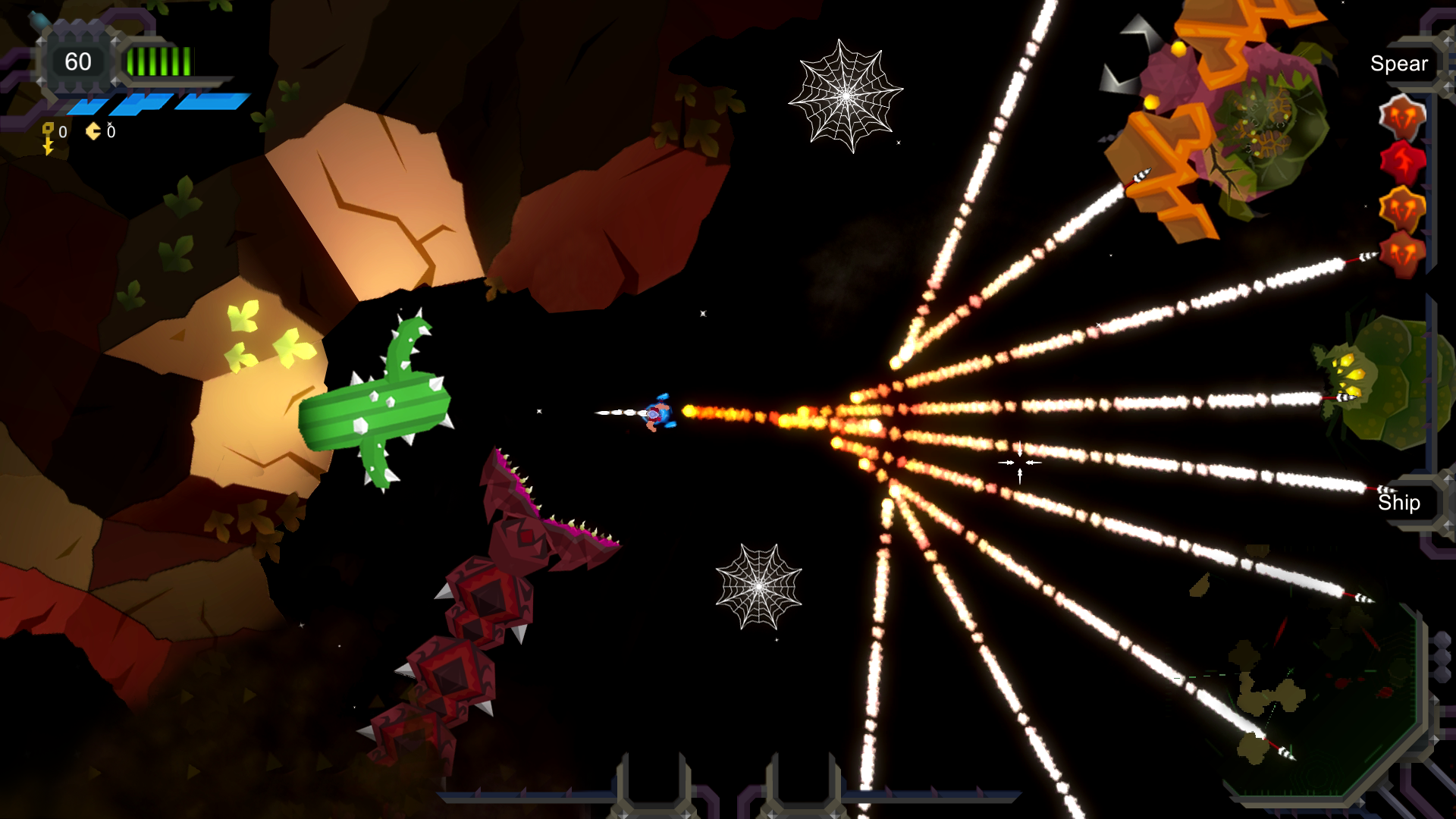 Another thing I found disturbing were the treasure chests scattered in each playthrough. There might be about 4 to 5 in each map but the only way to open them is getting keys that are randomly dropped by the monsters. And by randomly I mean never. Maybe it’s a bad RNG mechanic but in one playthrough you would be lucky to even get just one key. The sad part is once you’re done with a level, you can’t go back to it anymore so there’s really no point having all those treasure chests and you won’t even get to open them. It’s like dangling meat to someone who’s having a diet.

The controls are practically whacked for the ps4 version. It’s a little difficult trying to aim with the right stick and it feels like you need to put much effort just for the aim to actually go to the direction you want it to go. Being that the enemies can come from all directions it’s a little difficult to maneuver that crosshair to hit the enemies. I think that the game is best played on the PC where the controls can be more fluid. It will definitely have some learning curve for people who are not used to playing shooter games.

All in all, that’s what the game really gives you. A pointless meaningless shoot em up. It can be enjoyable for a few minutes but the fact that there really is nothing to be gained once you are done with one area other than the credits that you can or cannot use since clearing one area only gives you a measly amount of points. The only fun I really had with this game was that I can rip and tear the limbs from the monsters with the harpoon. But because of the bad controls then that can’t always really be fun. I guess it’s a dumb-down version of Monster Hunter in space. I would pretty much prefer to play Monster Hunter though than go through this game again.

Blacksea Odyssey Review – A Neverending Struggle
Score Definition
You’ll be left out with a “meh” after finishing the game. What game did we just play?
Pros
Limb-tearing fun
Monster Hunter in space
Cons
No real goals or objectives
Need to kill more monsters to unlock characters
Bad controls
4.5
Below Average