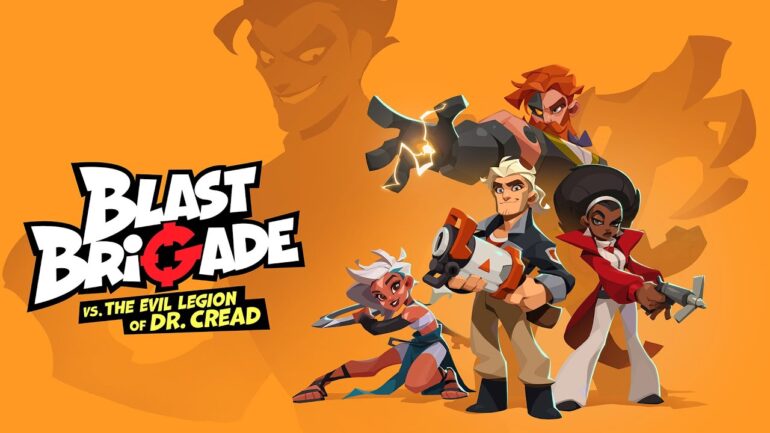 Publisher MY.GAMES and developer Allods Team Arcade have released a demo for their colorful 2D metroidvania platformer, Blast Brigade vs. the Evil Legion of Dr. Cread. The demo will be available to all Steam users.

It will provide a snapshot of the game and will feature 2 of the 4 special agents and two boss fights for player to sink their teeth into.

Players initially start out as the brash special agent Jeff J. Jefferson during the introductory stage. After blasting their way through this first segment and defeating its boss, player will be fast-forwarded to a point further in the game where they have access to a second playable character: Shura. where Jeff is bold and bombastic, Shura is sly and agile, her KGB training and grappling hook giving players a different way to traverse the world and defeat enemies. With Shura on your side, players will also have to defeat a boss to round up the demo.

In the final game, players will have control over 4 different character which can be switched out at a moment’s notice during the action to adapt to challenges in their path. Each character has their own special gadgets to open up parts of the island paradise players are exploring as is customary in Metroidvania games.

Jeff, Shura, Galahad, and Vortex will have to work together to overcome Dr. Cread’s evil robotic minions and to stop him from taking over the world.

Blast Brigade is colorful 2D action adventure game that combines intense platfomer gameplay with Metroidvania-style exploration. Assemble a team of special agents and shoot your way through a tainted paradise island to take down the evil genius Dr. Cread and his army of minions.