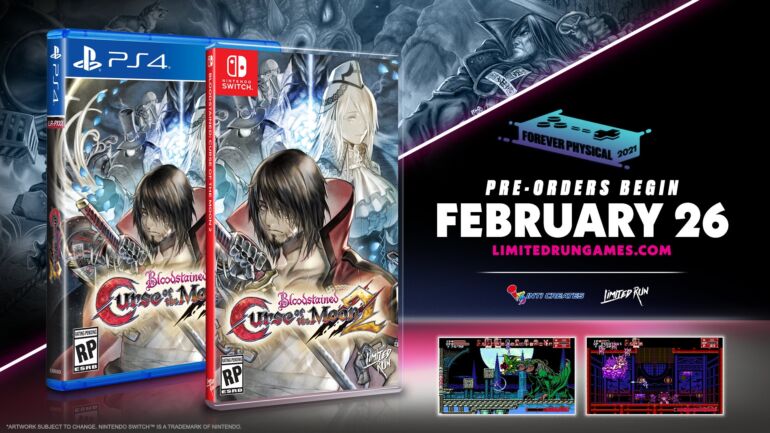 Game distributor Limited Run Games recently announced that Inti Creates’ Bloodstained: Curse of the Moon 2 will be getting physical editions.

The Standard Edition will have the video game sequel and casing for both PlayStation 4 and Nintendo Switch. Preorders start on February 26 at 10am ET on the official website of Limited Run Games.

Aside from the Standard Edition, a collector’s edition was revealed. The Classic Edition will feature a lot of physical goodies and more. It includes the full game, a reversible poster, CD soundtrack, and retro dust sleeve in an NES-style box with art by Tom duBois. Preorders will also start at 10am ET. This will be priced $59.99 only.

Bloodstained: Curse of the Moon 2 is now available on PS4, Xbox One, Nintendo Switch, and PC.