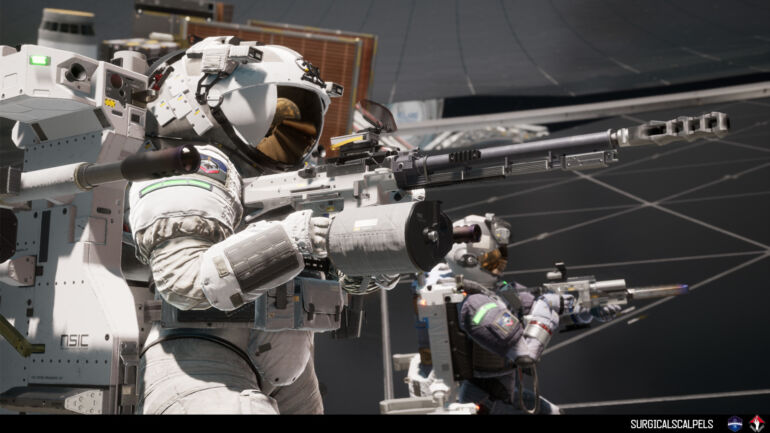 The new gameplay trailer was shown off recently at the IGN Fan Fest 2021 and it features lots of footage from the space guns first person shooter. The game features zero gravity shooting, astronauts with guns calling themselves astroperators, and a cool spaceship with miniguns firing at the player.

Here’s a description of the game via Steam:

Boundary is a multiplayer tactical space-based shooter that puts players in the role of a heavily armed astronaut, called an astroperator, engaging in fierce team vs team zero gravity firefights and executing low-gravity operations on orbiting space installations against other enemy astroperators and other entities.

Powered by your EMU suit, you can now navigate the harsh atmosphere of space and orbiting installations in order to engage enemy combatants in a 3 dimensional battlefield where threats come at you from all angles. This is astronaut combat more akin to dogfighting where your angle of attack and position can make all the difference.

Personalize your protective space suit and your arsenal of modified weaponry. Be a keen eyed sharpshooter executing long range kills from afar or get in close and personal as an Assaulter, taking the fight forward. Modify and upgrade your chosen primary weapon from a wide selection of stocks, grips, scopes, barrels and ammo types to coordinate with your play style and create a weapon and class appearance unique to you.

Heavily Inspired by real life industrial technology and space exploration, Boundary features a varied selection of multiplayer maps including a wreck strewn debris field, Solar Farm and so on. These maps provide astroperators with a range of diverse and challenging combat environments.

Boundary will be released on PC and console platforms within this year.