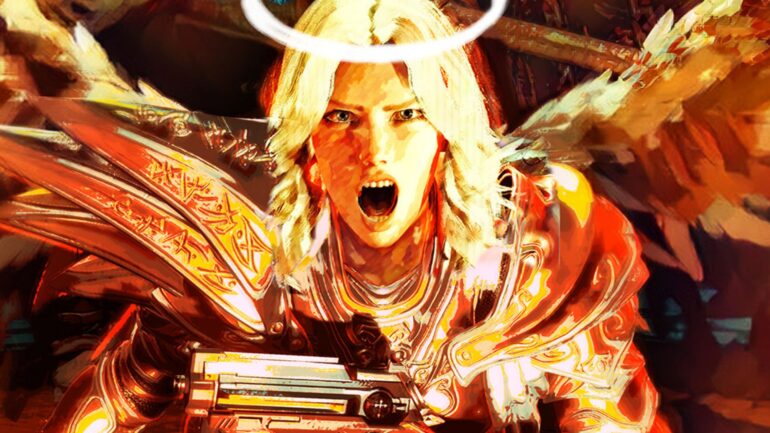 Publisher Playtonic Friends and developer Awe Interactive have recently announced that their game, BPM: Bullets Per Minutes, is set to launch on PS4 and Xbox One on October 5th. It is also playable on PS5 & Xbox Series X|S.

Choose from one of 10 Valkyries to repel the hordes. The game will have you shoot, jump. and dodge to the beat of an epic soundtrack. All to the effect of coordinating actions on the screen.

Oh, and the developers would like to warn you that ‘headbanging may occur’.

About the Game: (From the game’s Steam Page)

All your actions and the actions of your enemies are tied to the beat of the music. In this 90’s retro shooter inspired game, your enemies will perform actions in rhythm to an epic rock opera, while your Valkyrie is able to jump, dash, rocket jump, and bunny hop their way to evade their attacks.

Reaching the end of a randomly generated dungeon is your singular goal. Along the way, you get to collect different weapons, abilities, and items with each repetition of the journey. The gear you pick up will radically alter the way you play the game, ensuring a different experience every single time.

Battle your way through 7 bosses to reach the final boss. The bosses move and attack in certain patterns. Figure out how they move, and use that information to your advantage.

BPM: Bullets Per Minute is already available on PC (via Steam) as of September 15th, 2020.