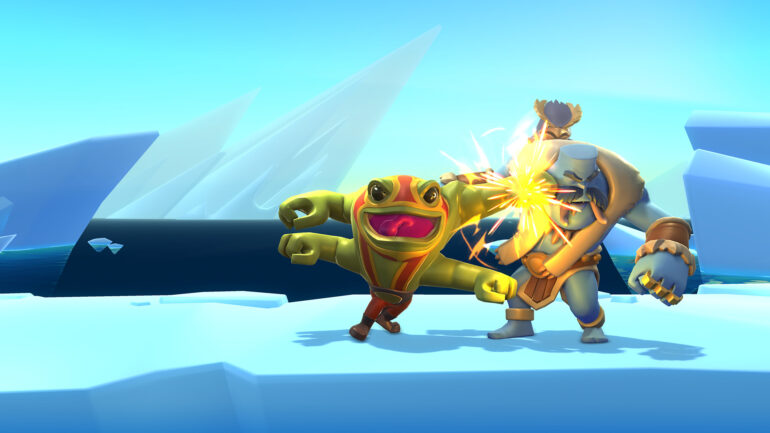 For many years the acclaimed Super Smash Bros. franchise has always been exclusive to Nintendo. Many tried to emulate its gameplay by creating their own versions of the whole “raise the damage meter to knock ‘em off stage” during a 4 or even 8-man match-up.

I remember playing Newgrounds Rumble which is one of those games that paid tribute to Super Smash Bros., the difference being it was a flash game that you could play on your browser many years ago. Today the only triple A counterpart I can think of is PlayStation All-Stars Battle Royale from Sony, but dig a bit deeper on Steam you will find more. A lot more. Just to let you know, I am going to mention Super Smash Bros. a lot in this preview. It is, after all, clearly inspired by it. 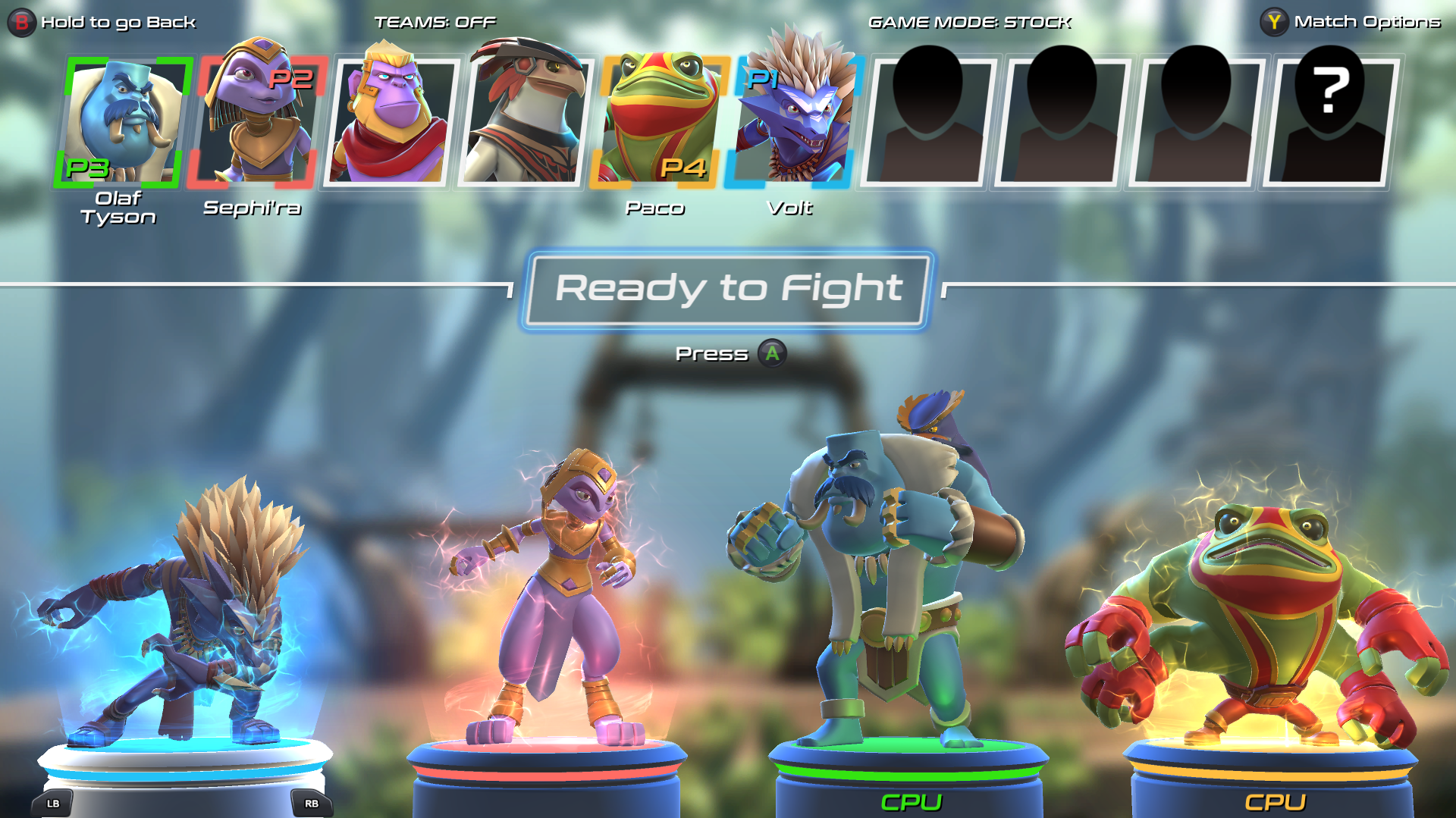 One of these games is Brawlout. Its popularity soared due to many YouTubers playing it, and also for the colorful art style that is displayed in different video thumbnails and screenshots on Steam. The animation is fluid, with motion blur in between frames that help smoothen out fast movements. Particle effects such as fire, ice, lightning, and dust are not overdone but instead, help distinguish each character apart, giving them their own trait.

Unfortunately, the stages are pretty bland, with no background activity, and really only feel like they are there to break the monotony of where the fight takes place. Despite me appreciating the character design, I felt that the absence of voice acting, or at least grunts or hums to complement their personalities severely hurt the presentation in the game. 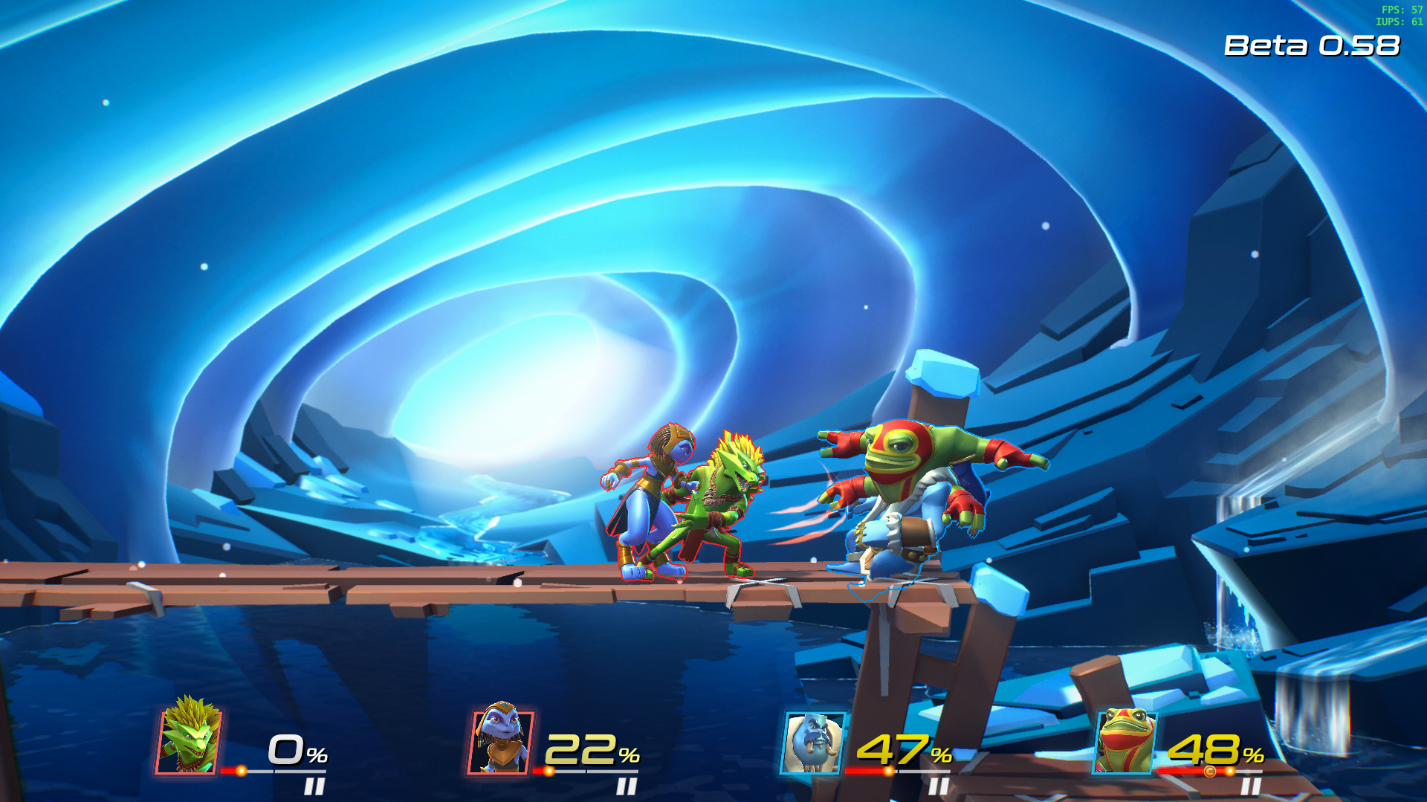 The gameplay consists of different anthropomorphic animals that are imbued with different elements who engage in a chaotic beat ‘em up that can be either a 1 on 1, or go for a 4-man skirmish. You can assign teams for a co-op experience, or you can full chaos, by making everyone your enemy. There is a single player mode, an online mode, and my favorite, a couch mode where different control inputs are supported (mix and match keyboards and controllers).

But let’s face it, if you got a Nintendo console you would probably play Smash rather than this poor man’s version of it. Not that I am trying bad mouth this game, it’s just that it really pales in comparison (yes, I am aware it is an indie title), despite the game trying to be somewhat different. And by somewhat different, I mean it borrows elements from other fighting games that includes: a rage meter you can activate when low on health, and a combo breaker you can activate when your meter is 50% filled that allows you to break free from any barrage of attacks.

Unlike Smash, there are no items that can be picked up which limits the fun factor of the game, and in the end of the day, won’t produce many memorable highlights, other than a few laughs because someone fell off the platform. 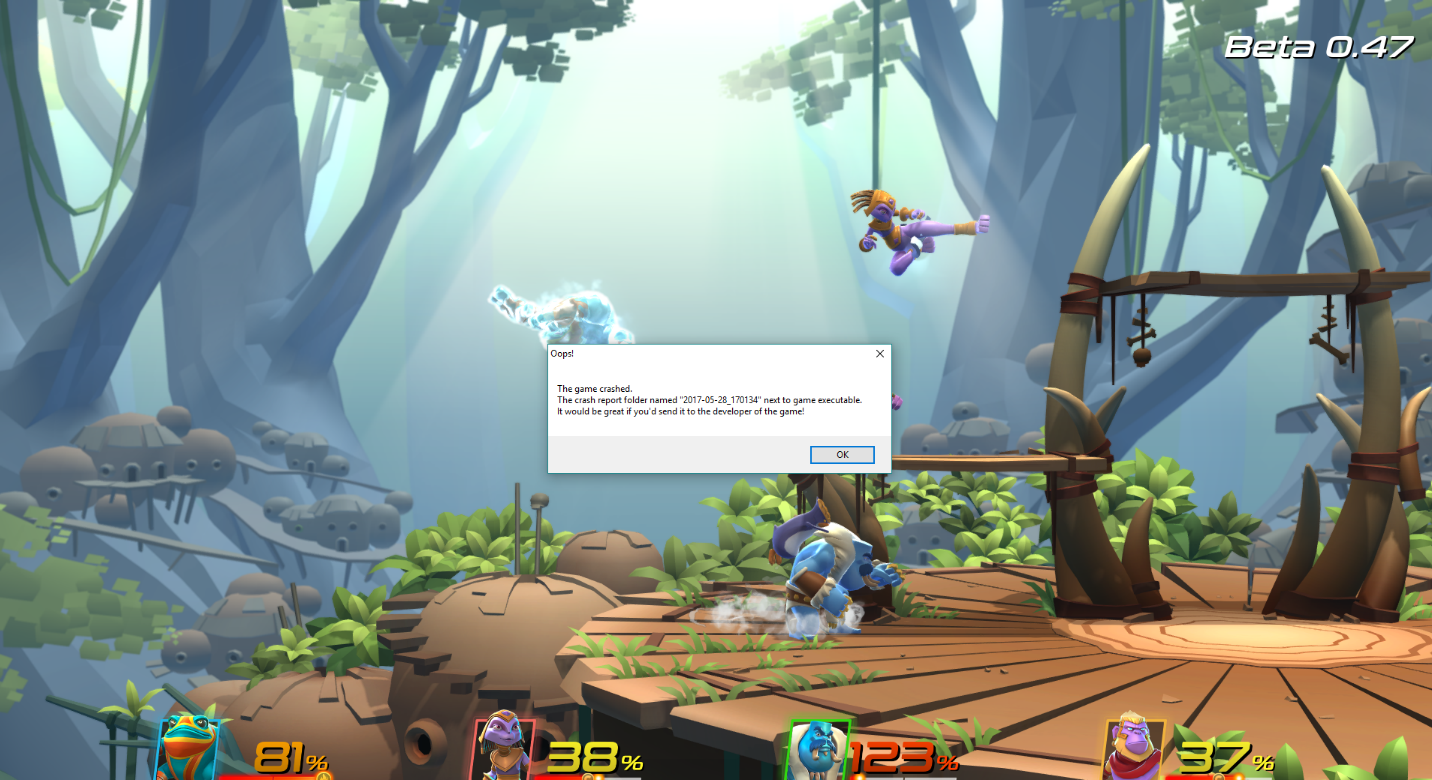 With that said, it’s still an early access game, and there are many things to consider like the ludicrous asking price for what you get as of now. Having six characters just feels like it’s a generous demo instead of something worth forking money over. I have experienced numerous crashes, and severe frame-rate drops despite running on an NVIDIA GTX1080 graphics card. Simple things like proper menu controls are not consistent, the directional buttons on the controller sometimes lets you select a menu item and sometimes it doesn’t.

When picking an alternate color palette for Sephi’ra (the Egyptian-cat Warrior) and using her rapid kick attack will result in the game loading default texture for her legs despite picking a different color for her. And lastly, there is an obnoxious screen shake when things get hectic that can’t be toggled off as of now.

So, should you buy Brawlout? If you pay in US Dollars, that’s a big fat no ($20 for this, really???) and if you pay in Philippine Pesos, maybe wait for a sale that will drop it from 499.95 PHP to something around 250 PHP. The game holds great potential and my friends and I really enjoyed playing it for about an hour since we didn’t really pay for it (review code).

Yet, I don’t see ourselves going back to it unless it offers more in the future. Its simplistic mechanics, and the unfinished feel of the presentation just makes it a hard sale as of now.