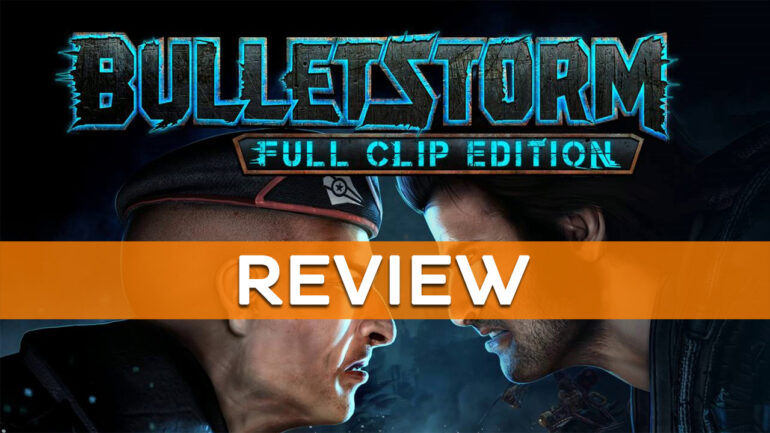 Bulletstorm: Full Clip Edition is a remaster of the PS3 game of the same name. A game that has similar gameplay to that of Borderlands. The original game released way back in 2011 for the PS3 and I have played that one as well. Bulletstorm is an FPS shooter that offers both a single-player and a multiplayer campaign. I’m curious to know if there were any differences from the original game or what changes they made to this one. 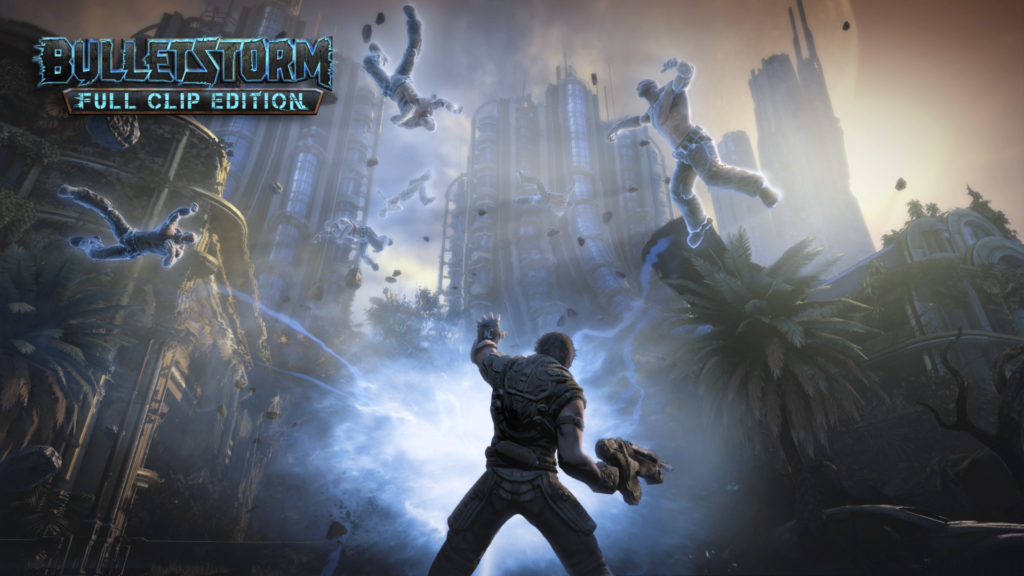 For those who are new to the game, Bulletstorm is about a mercenary named Grayson Hunt. Things happened that led him to go after a certain enemy along with his comrades on a do or die mission somewhere in the universe. What then ensues is a chase around an unfamiliar planet as Grayson fights for his and his crew’s survival and kill the enemy they were pursuing. The protagonist reminds me strongly of Wolverine minus the claws. And the game offers very witty dialogue that makes it very entertaining. The game also has an option for you to swap the main character with the King himself, Duke Nukem. Playing as Duke Nukem will also bring you hilarious dialogues as he talks about how he doesn’t even know what brought him into this story or who the people are in the game. 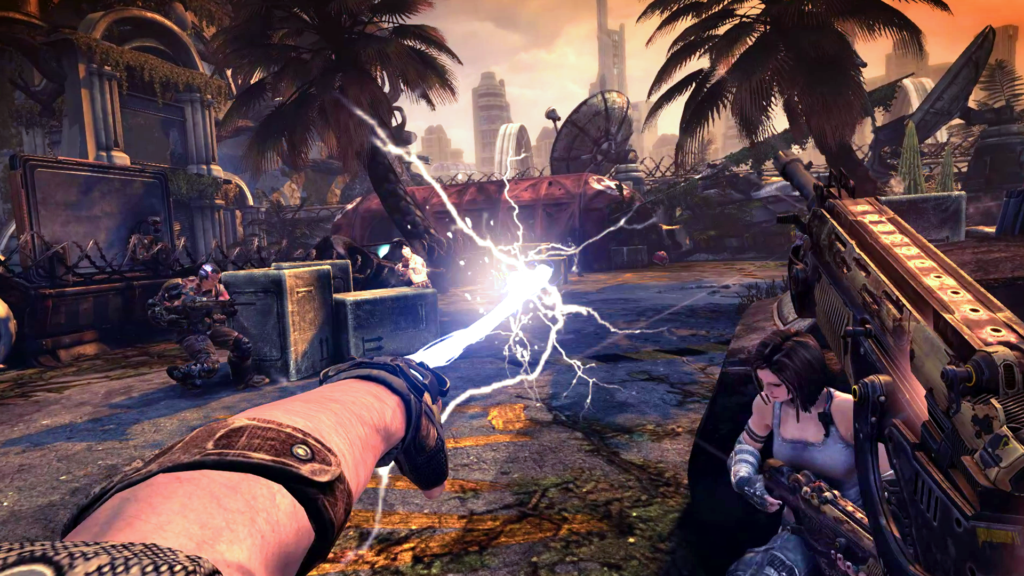 The game also reminds me strongly of Borderlands with its foul language, the chaos during fights, the blood and the gore everywhere. This is one chaotic game and it will definitely fill that void for people who are looking to just unleash hell unto their enemies. With about 7 different weapons to choose from, there are so many ways you can kill the enemy. From the standard submachine gun type weapon to a drill casting weapon that will send your enemies flying right into other enemies or into outer space. Each weapon also has an overcharged mode that turns each weapon to a deadlier version. An example is the submachine gun firing ammo that will disintegrate the enemy in an instant. The weapon that I had fun with the most was their version of a sniper rifle. Normally, in other FPS games, when you shoot with a sniper rifle it directly hit san enemy on a linear path.

Bulletstorm‘s version allows you to steer the bullet once you fire. This works as intended as well since the enemies in this game seem to know how to dodge a sniper rifle bullet. So firing a guided bullet to the enemy makes perfect sense. Don’t even get me started on its overcharged version. The overcharged sniper rifle lets you fire a bullet that you can detonate and it can explode in a wide area that can kill whoever gets caught in it. Now where else could you find a sniper rifle that does that. What’s also good about their weapons is that you have separate bullets for the normal and overcharged shots so running out of normal bullets doesn’t mean you couldn’t shoot with the overcharged ones and vice versa.

Bulletstorm also has access to two melee actions: the kick and the leash. The kick is simply kicking the enemy that gets in front of you. Doing so puts the enemy in a suspended state for a few seconds that will allow you to shoot them accurately as they float helplessly towards their death. You can also kick the enemy towards traps in the walls or to a cliff. The leash does the opposite of this as it hooks the enemy with an electro-whip that comes out from a device that is placed on your left arm and pulls the enemy towards you in the same suspended state. You can follow up the leash with a kick as well or vice versa. The leash has an overcharged version where the area is thumped by a seismic force that will send enemies into the air. You can then follow this up with another overcharged leash to slam them to the ground. These are very effective means to kill your enemies if you ever find yourself running out of ammo. 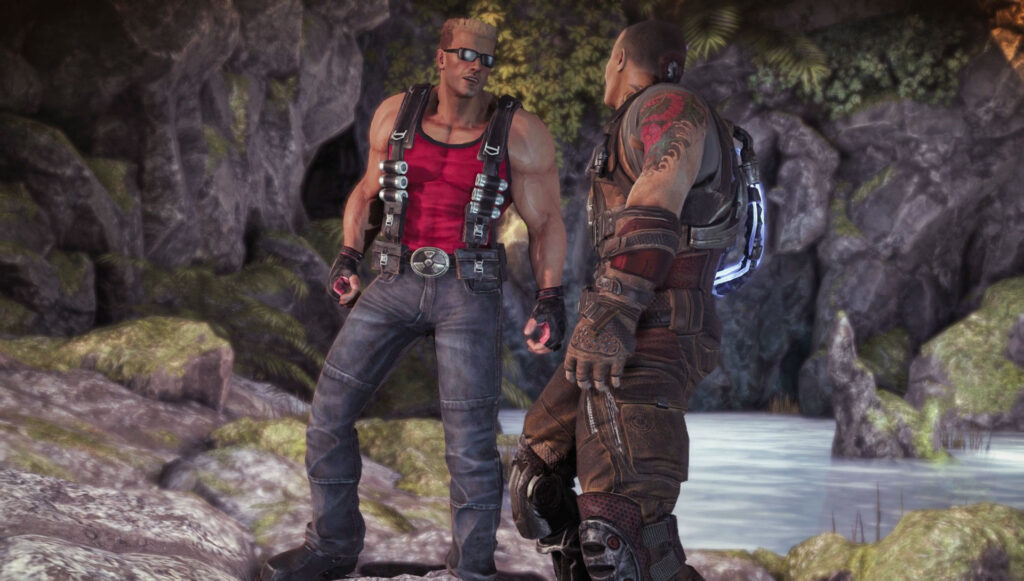 The game has an upgrade system that you can access by leashing onto capsules that are scattered throughout the game. The currency of this game is based on points that you get for killing the enemies in a certain way. Each kill style has a corresponding point and there are about more than a hundred kill style that you can discover in the game. You get awarded a huge amount of points for the first time you use a certain kill style and get a standard amount of points thereafter. You can then spend these points to upgrade your weapon and buy ammunition. With so many kill styles to discover you will find yourself swimming in points in no time. And because of this, it seems like you never run out of points to buy anything. It was really fun discovering the kill styles especially that each of them has a unique name like the flyswatter or vertigo. You can’t help but get entertained by how they name their kill styles.

There is really not that much difference in this version of the game from the original. It has the same single-player story, so if you have played the original then expect to have a similar experience. This game also has the Echo mode from the original game where you aim to get the highest score in a single player challenge levels. It also includes all previous DLCs for the game which includes maps for the Echo mode. Other than that, you have enhanced visuals of up to 4K so if you have a PS4 Pro then this game would look even better on there. I have read somewhere that the success of this game could be a deciding factor on whether the developers will make a second game which I believe they should go for because this game has been very enjoyable. 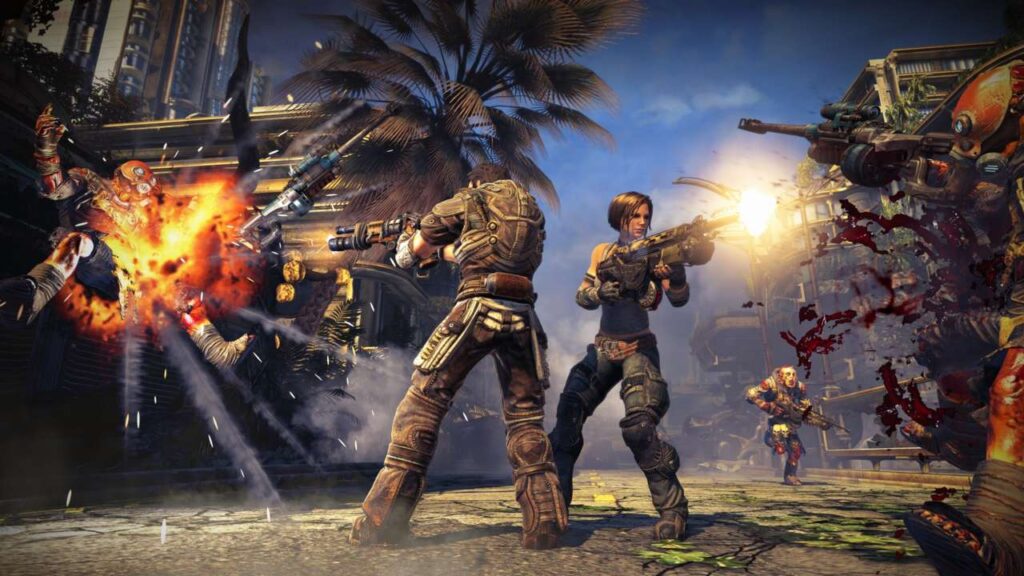 Overall, I recommend this game if you ever feel the need to spend time on a game that offers its own twist to the FPS genre. If you’ve never played the original, this is a good time to play the game since you will be treated to its enhanced visuals. The story is little to be desired but the game shines with its gameplay. The chaos and the carnage it bring is just so entertaining that you wouldn’t really mind about the story at all. This is definitely not a game for children though so please make sure to keep your kids away from this. Lastly, I hope that this remaster will be a success so we can see a Bulletstorm 2 in the horizon.