More and more content to enjoy in this new season. 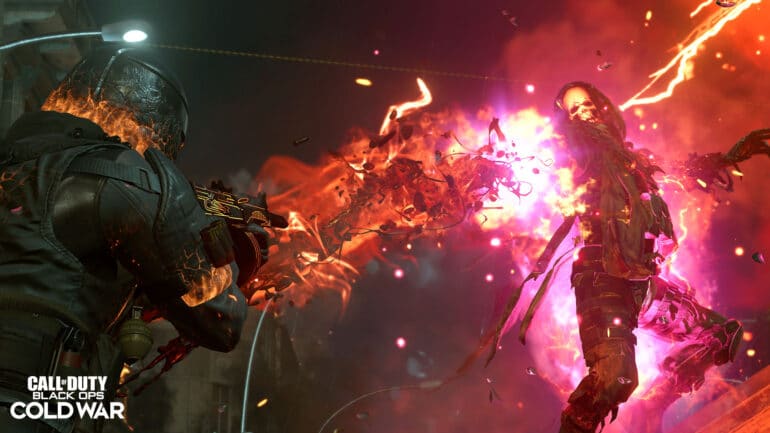 After the trailer was revealed last time, new updates have been pouring out. The upcoming new season four will be launched on July 15, 2021. It will include new Zombies experience, new multiplayer map, and new modes. Warzone will have a new objective mode with Payload and some meta-changing updates.

The Mule Kick Perk-a-Cola will return in this new map and will be stocked within Der Wunderfizz machines across the other round-based maps and outbreak. The Mule Kick perk allows agents to carry three weapons instead of two.

There is new crafting item and a Wonder Weapon to try out, the LT53 Kazimir grenade and the CRBR-S respectively. The prior will suck any undead creatures when detonated while the other starts off as an energy-based pistol with an orbiting repeater that fires an extra shot when fired. Upgrade it into three additional versions to transform it into a whole new different weapon.

PlayStation players will be able to check out the new Onslaught map where they fight the undead and collect Intel as part of the Season Four Reloaded. They can also check out the limited-time mode and a Legendary LMG Weapon Blueprint called the Chemtaminate.

There are free multiplayer contents to check out like the new map Rush from Black Ops II. There are also new modes like the Capture the Flag and Paintball Moshpit. New playlists to try out like Rush 24/7 and Cranked Moshpit.

Two new free weaposn to try out like the OTs 9: SMG, and the Mace: Melee. Both are for close-quarters Operators. A new operator has arrived, Weaver: NATO.

The Special Ops: Pro Pack is also revealed, a six-item bundle that can be purchased for $19.99 USD. It contains the Legendary new skin for Portnova and two Legendary Weapon Blueprints for FARA 83 and the AK-74u with a Calling Card and Emblem.

Black Ops Cold War Update Sizes
PlayStation 5: 17.9 GB
PlayStation 4: 14.5 GB
Xbox Series X / Xbox Series S: 21.3 GB
Xbox One: 11.4 GB
PC: 13.0 GB (without HD Pack) / 21.2GB (with HD Pack)
Note: PC users will also need 63.2-111.5 GB of additional space on their hard drive for the copying process; this is only temporary space that is reclaimed upon completion of the patch installation and is not an additional download.
Learn more about the copying process here.