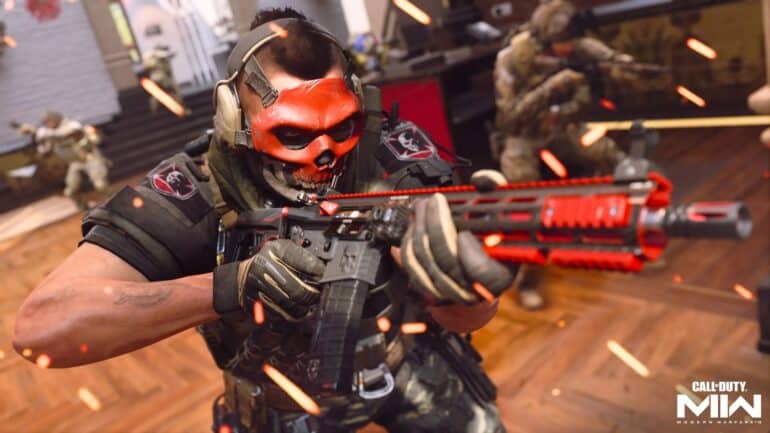 Activision has now released new information about Call of Duty Modern Warfare II multiplayer and Warzone 2.0 during the Call of Duty Next showcase.

Call of Duty Next showcase has recently concluded and has revealed more details of the most anticipated new entry of the Call of Duty Modern Warfare series and also the new version of Warzone. There are new trailers, a lot of information, and reveals that fans are stoked for. Check them out.

There are several new changes in the multiplayer side that comes in Call of Duty Modern Warfare II. Here they are:

Al Mazrah is a new map made for Call of Duty Warzone 2.0 and also part of Modern Warfare II Season One. Check out the changes coming with this:

Players who will pre-order the digital edition of Modern Warfare II will be able to get the early Campaign access up to a week before the full game gets released on October 28, 2022. There are also other pre-order benefits, which can be seen below:

Pre-order the Vault Edition to get the previously listed rewards plus these:

PlayStation owners will be glad to know that there is a PlayStation exclusive DLC called the Oni Operator Pack for pre-ordering the game. This includes the unique Oni Operator together with an exclusive Weapon Blueprint for use in Modern Warfare II and Warzone 2.0.

Hiro “Oni” Watanabe is a warrior and gun-for-hire who descended from a centuries-old samurai clan. Torn between country and family, he honors the code of the samurai while fighting to clear his disgraced family name. This additional Operator also brings with him a high-level Weapon Blueprint.

Modern Warfare II Multiplayer Open Beta will be available for PS4 and PS5 players who pre-order the game. They are given early access to the Beta starting September 16, 2022 at 10 AM PT.