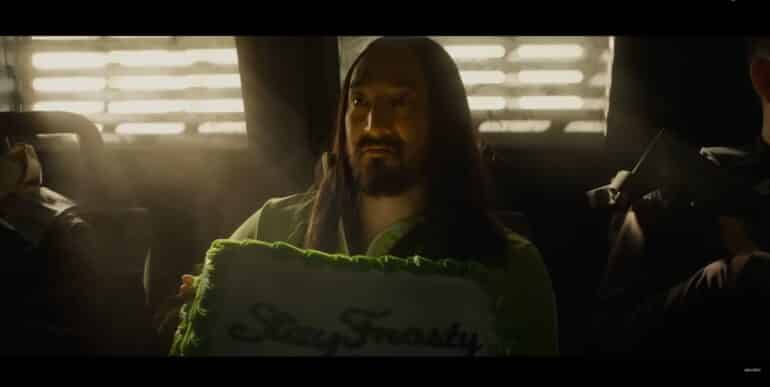 Infinity Ward has recently been hyping up the upcoming worldwide reveal of Call of Duty Modern Warfare II with a series of trailers that feature guest personalities.

So far, there are four trailers now that feature these personalities from comedians, actors, musicians, basketball stars and more. These people tend to break the tension of the trailer with silly antics unique to their own. The original Ultimate Team teaser only featured the original team where they were preparing for a mission inside an NPC while a war was ongoing outside. The next four trailers just broke that all down into silliness and making Captain Price decide to leave that guy behind the truck.

The first one was TimTheTatman, a known YouTuber and internet personality. He removes his scope from his sniper rifle and jokingly passes it around to his teammates. Next personality is Rayford Trae Young, a basketball player for the Atlanta Hawks of the NBA. He plays with his ball that he is carrying around for some reason. The third is Pete Davidson, a well-known comedian from SNL, who jokes of trying to fix his rocket launcher and for some reason almost detonates the rocket he removes from it.

Steve Aoki and the Cake

The latest trailer is from the popular musician Steve Aoki. He is, for some wild reason, carries a cake in the APC. He says some weird puns and eats the frosting on the cake.

You can see the faces of Captain Price and Ghost quite stunned from these guys’ antics. One good way to hype up the big reveal.