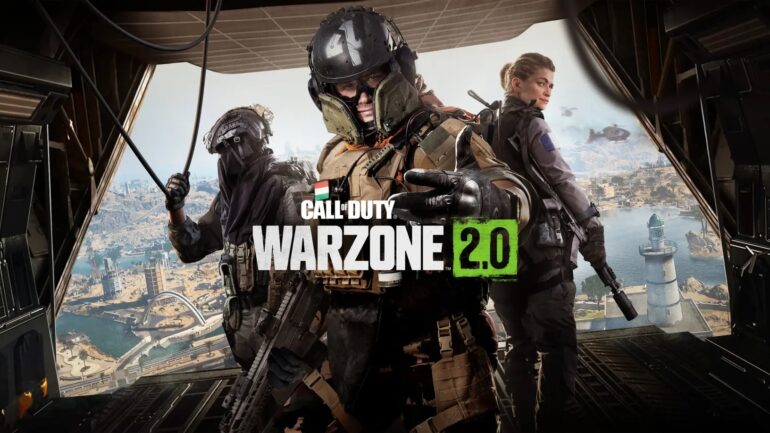 Season 1 will be launching on November 16, 2022. Players will be deploying to Al-Mazrah in the sequel of the free-to-play Battle Royale. They can visit reimagined versions of the Shoot House and Shipment Multiplayer maps, team up for an additional Special Ops mission leading up to the first Raid mission, and more.

The first map for upcoming Warzone 2.0 will be the city of Al-Mazrah within the United Republic of Adal. Some regions of this map are familiar to players like Al Bagra Fortress, Embassy, Zarqwa Hydroelectric, and more.

Loadouts Remain – Custom Loadouts can now be acquired via Loadout Drops deployed later in the match or by clearing a Black Site or a Stronghold. Buy the Primary Weapon from created Loadouts via the in-match Buy Station.

Looting Mechanics – Operators use a backpack system in the new DMZ mode which can organize their items and equipment. Battle Royale will have a streamlined version.

The new Gulag will have a 2v2 environment where randomly paired Duos must fight accordingly in order to survive and win. Players will have a predefined Loadout but at the center of the map, there will be powerful guns to loot.

The Gulag Jailer will appear out of nowhere to interfere and raise havoc. Beat up the Jailer to return to the match.

At the Strongholds and Black Sites, players will encounter AI combatants. They can be found on the in-game Tac Map.

Fight off the AI opponents in Strongholds while attempting to locate and disarm a bomb within the time limit. Black Sites are more dangerous but have a permanent Weapon Blueprint reward and valuable in-match items. Access a Black Site with a Black Site Key, which can be acquired via clearing out a Stronghold.

Improvements in Combat, Vehicles, and More

Circle Collapse – There will be up to three circles within the collapse in Battle Royale modes. These will reconverge later for the final showdown. Players are advised to make strategize before it randomly converges.

Proximity Chat – Comms are now open. Any in-game chats can be picked up by other squads, so be careful.

Interrogation – Players can reveal enemy locations by interrogating player-controlled when they are downed.

New Vehicles – Summon the Heavy Chopper or the all-electric supertruck GMC Hummer EV to cover a lot of ground.

New Fuel System – All vehicles will now use fuel over time and it will run out, which makes it unusable. Find a Gas Can around the map or at Gas Stations to fuel it up.

Be at a Gas Station to repair vehicle body damage and tires. Flat tire repairs can be done anywhere and must be interacted with individually.

Aquatic Combat – Operators can navigate waterways, rivers, and the open sea. When in the water, Operators can only use Sidearms, melee weapons, and Throwing Knives.

Shops – The Buy Station is a new version of this game. It will offer a unique set of items for purchase in limited quantities. This includes Armor Plates, Killstreaks, and more. Players can also buy back fallen squadmates here.

Warzone 2.0 introduce a new experience called DMZ. This will be a n open-world narrative-focused extraction mode where Operators have free rein to complete faction-based missions, take on additional side objectives, engage with enemy Operators or AI combatants, and search for valuable items.

Third-Person Playlists – This is a new perspective mode and will be introduced into the Battle Royale in a weekly rotation later in Season 01. Modern Warfare II players can now try out the third-person view on multiplayer.

PS Plus members can get the exclusive Season 01 Combat Pack for free. This includes the Oni Tactical Operator Skin for Oni, the Oni Revenger SMG, and Oni Oracle Pistol Weapon Blueprints. It also has the Sony Oni Calling Card, Welcome Death Sticker, Fractal Demon Emblem, and the Demon Fang Charm.

Earn four new weapons. Two of these can be earned for free within the Battle Pass.

In the Mid-Season, the other two weapons can be earned later either by buying a Store Bundle or completing a weapon unlock challenge:

Zeus (Launch): Born in the South Niger Delta, Zosar Kalu is the eldest of three children, helping to raise his younger siblings while his parents pursued political aspirations. Following his year of military service shadowing a Nigerian Army Special Forces Battalion, he enlisted and rose through the ranks.

After losing his family to local Al Qatala soldiers, Zeus established the “Thunder” Corps, a counterterrorism group dedicated to hunting AQ wherever they hide and bringing them to true justice. Unlock Zeus automatically with purchase of the Season 01 Battle Pass.

Klaus (Mid-Season): A member of Denmark’s Elite Special Forces, Klaus Fisker can almost be considered a living legend among Operators. His legend was made one night on the Urzikstan border, where he carried a wounded comrade 18 miles to the nearest base using the lessons taught by his father.

Klaus and Gaz can be acquired via Bundles which will be featured during the Mid-Season Update.