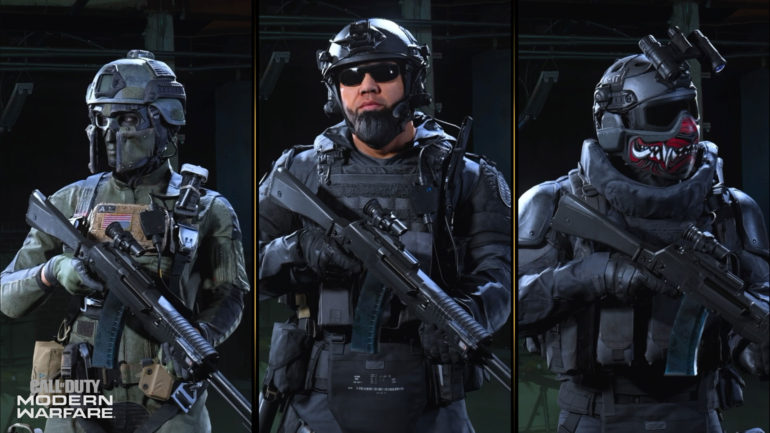 Season 5 introduces a new narrative with brand new content to enjoy. Since the previous season, events have happened and have led to the formation of a new group aligned in name only with the Allegiance faction – Shadow Company.

According to the official blog Activision posted, this was a group of operators that have arrived in Verdansk after the Armistice has crumbled. They are now operating there on their own terms since there has been a lot of distrust in the area.

Shadow Company is an elite PM that operates outside the boundaries of the original Armistice. They have a framework and agenda all of their own. It is a splinter group formed without compromised, ready to take the war directly to Mr. Z and into Verdansk.

There are three new operators of the Shadow Company. These are Rozlin “Roze” Helms, Velikan, and Marcus “Lerch” Ortega.

Check out the descriptions below:

Lerch hails from Plano, Texas and is a former member of the U.S. Marine Corps. Known on the battlefield for his enthusiasm and success in regards to eliminating the enemy, it was better to have Lerch with you rather than against you. Following USMC, civilian life didn’t suit Lerch, so he re-entered the fight in the private sector and is considered a one-man force multiplier. When the Shadow Company CEO came across Lerch’s dossier, he was the perfect combination of skill and moral flexibility. There’s no contract Lerch won’t take on nor challenge he won’t face which is how he finds himself in Verdansk leading the other Operators of Shadow Company.

Not much is known about Velikan. Dressed in full body armor for protection in battle and to hide his identity, little is confirmed about this Operator. A shadow of a shadow. Tales of his exploits are written off as fairytales at best and gross exaggerations at worst. Those who know him never speak ill of him. Whether it’s due to fear or respect, no one knows.

Rozlin “Roze” Helms joined the Shadow Company after migrating from the Allegiance faction Jackals. Previously, Roze cut ties with the Armed Services and returned to support her family and ailing father. Periodically in contact with Mace, now a PMC who left the Army after abandoning his post in protest of combat orders he deemed illegal, Roze gained entry into the Jackals mercenary group. Now Roze is letting her skill prove her worth as she provides support to Shadow Company while remaining on cordial terms with Mace.

Call of Duty: Modern Warfare is now available on PlayStation 4, Xbox One, and PC.