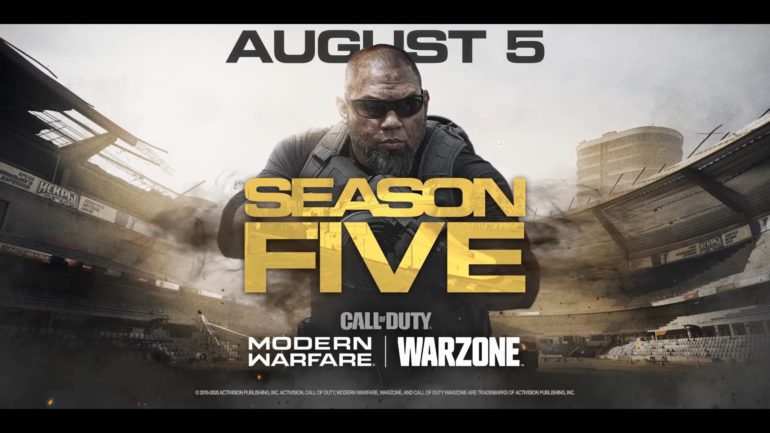 The new trailer features scenes that offer players what to expect on the new season. Season 5 update will include a lot of new maps like Suldal Harbor and Petrov Oil Rig for 6v6, Verdansk International Airport for Ground War, and Livestock for Gunfight.

Warzone will now have a train that will go around the map. It will also allow players to fight inside the stadium instead of just being allowed to camp out on top of it. Vehicles will now have turrets as well.

Season 5 will be launching this coming Aug. 5 for PlayStation 4, Xbox One, and PC.