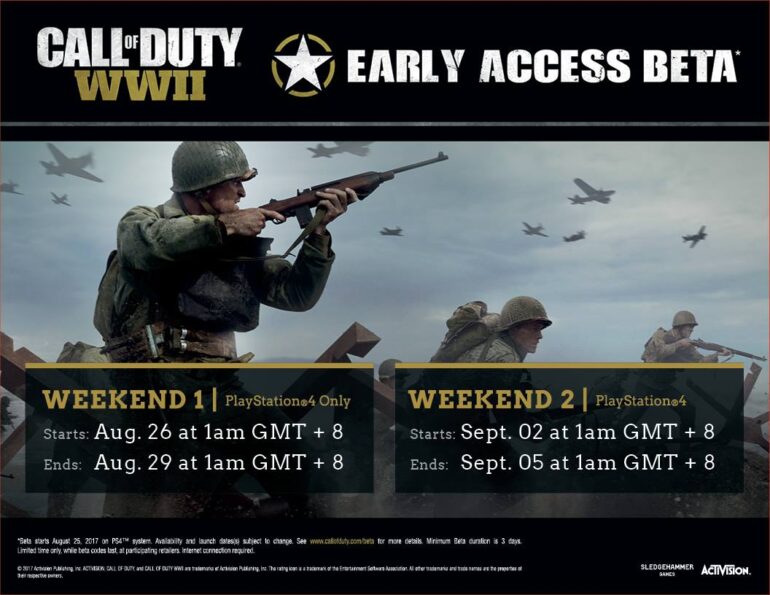 In just 1 day (2 days for SEA), PS4 owners will get their hands on the Early Access Beta of Call of Duty: WWII. Those who pre-ordered will also get their own access to the private beta. For those who lives in Southeast Asia, the beta will be available to all players who are interested to jump right in.

You can already pre-load the beta and it’s surprisingly only 16.2GB.

Here’s what you can expect from the beta: