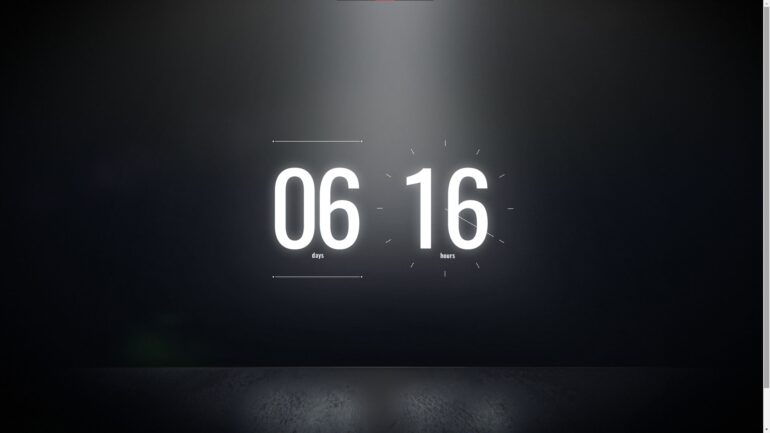 CAPCOM has recently started a new countdown website and it seems to be hinting of something that could be announced later within this month.

The new website has its countdown set to end after six days and now 16 hours. It should be ending at 2 PM JST/ 12 AM EST/ 5 AM CEST on February 21, 2022. The URL just says capcom-games.com, which is little to go on, but some fans have an idea what it could possibly mean.

The official Twitter account of CAPCOM was the one to post the link of the website after a few minutes has passed since it was created. The game company is not saying much and just had two emoticons of an hourglass and a pair of eyes, seemingly saying everyone should watch out for the reveal.

Some fans noticed that the timer’s font and the font of Resident Evil Village’s title were similar. It seems they already figured out the meaning of this announcement and that would be the reveal of the most awaited DLC. You see, CAPCOM announced a while ago they are currently working on new content for the game and planned for release in 2022. It could be possible this is CAPCOM’s intent, but everyone should not jump to conclusions just yet.

Other fans think this is going to be the big announcement for Resident Evil Remake since a lot of rumors have been spreading around. There was one rumor a week ago about the supposedly upcoming remake being scarier than the original and it will have an expanded Ada campaign.

No official word yet on CAPCOM, but this will all be clear after six days.