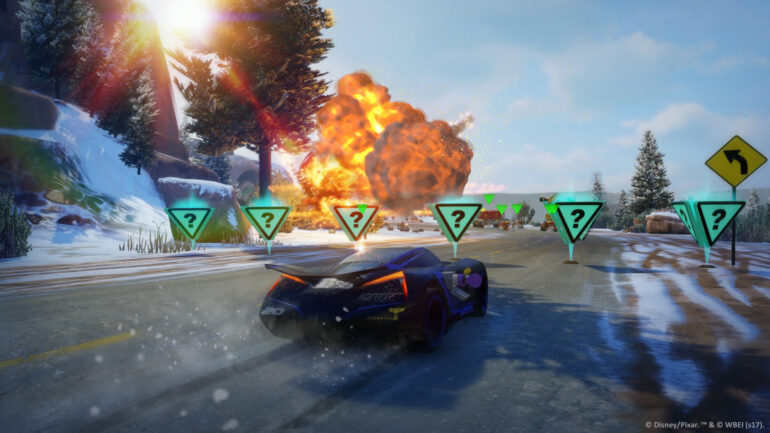 Warner Bros. Interactive Entertainment and Disney have announced the video-game adaptation of Cars 3, Driven to Win, is now available on PS4, PS3, Xbox 360, Xbox One, Wii U and Nintendo Switch. Developed by the makers behind Disney Infinity and Bolt, Cars 3: Driven to Win is a world-class competitive racing title with an entirely new interactive experience.

Players can race as the popular Lightning McQueen, Cruz Ramirez, Jackson Storm, and some other notable characters. Racers can also master the tricks, skills and combat techniques to become the Ultimate Champion! With over 20 customizable characters to choose, including popular heroes from the Cars franchise, Cars 3: Driven to Win will allow players to have their own unique racing adventure.

“With Cars 3: Driven to Win, we created a game that extends the excitement of the film with thrilling competitive racing experiences for players of all ages and levels,” said John Blackburn, Vice President and Studio Head, Avalanche Software. “We know how much fans love the Cars brand and characters, and we are proud to make the game available across all current and previous gaming consoles so that more families can enjoy it together.”