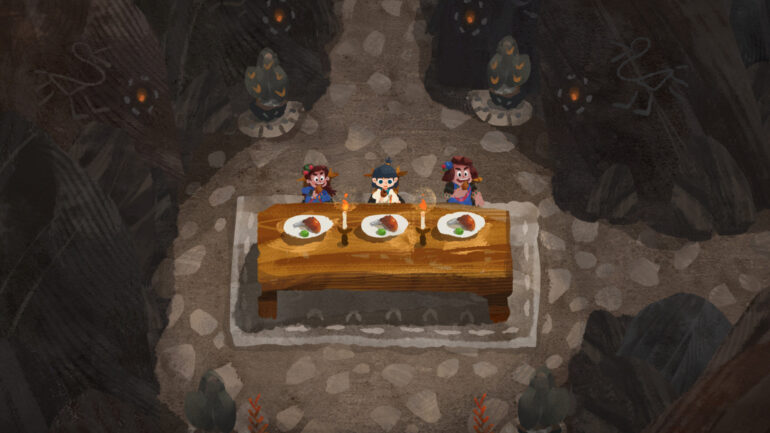 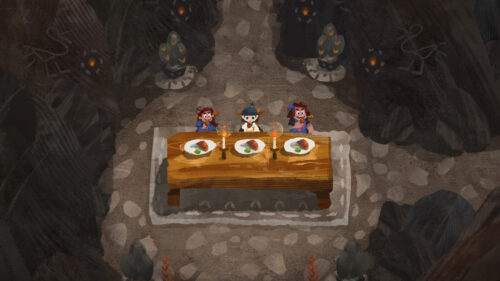 Adventure, friendship, and a map — Carto by Humble Games is a puzzle indie game that touches the inner child in you seeking new worlds and meeting new people.

You are Carto, a young cartographer (as is the name of the game), who travels the world with her grandmother in an airship that traverses through different types of land and culture. These cartographers, however, are different. They hold the power to change the landscapes of the maps they hold to create new paths and directions — this becomes the premise of the puzzles in the game.

Carto was flung into the land below when a storm blew in, as a curious Carto was moving pieces of the map her grandmother had shown her. You, as Carto, find yourself lost in the grasslands searching for the pieces that flew and a way back home. As you find pieces to pieces, you are pushed into the puzzle of solving where each piece should go and how you can get from one place to another.

The concept of a magic cartographer is an interesting idea. Never had it occurred to me that the profession in itself, as a game, can be exciting and challenging. As a frequent player of puzzlers, I enjoyed the take on bridging yourself from place to place by just turning pieces of your map around. Some of the tasks are clever that require one to definitely look outside the box in a highly logical manner. I was stumped on more than one occasion, and highly tempted to ask around or go through google, but I was of sound determination to finish the game without help and through the wits of what my brain could provide.

While I have, in more than one occasion, called an indie game charming — it is still such a perfect description for an art style present in Carto. It’s beautiful and skillfully captures the eccentric yet kind personality of the game quite well. Carto takes you to different lands, from the grasslands to the icelands — and the design and style for each land truly tugs on that craving for adventure and thirst for exploration.

The characters’ whimsical personalities also go with the art in complementary fashion. I fell in love with all of them, though they appeared ever so briefly for each time you travel, they create a lasting impression on the player. Even after completing the game, I still remember the once-anxious Chirb and his adorable companion, the mysterious Story Tender of the Story Chalet, and the optimism of Shainan. Each character in each location represents something fantastical about the world of Carto and I loved being taken into such a unique story, with varying personalities, and truly investing myself into the lore and culture of each land.

Carto, however, is a very short game, depending on how well you can figure out the puzzles. But despite its length, the story feels extensive and varied to a degree. It is not just about young Carto finding her way back home and getting in touch with her grandmother, but about the characters, the land, and its creatures. It truly felt like reading a storybook and getting to experience it through this game. Humble Games had created an entire world in a game that’s less than a week in length, and that in itself is an amazing feat.

Questions, of course, do not escape me, such as, “don’t the characters feel being moved whenever I switch around my map?” or “I wonder if they know exactly what the area looks like without my moving them?” — While these are questions on its lore surrounding the world where Carto resides, it gives me hope that the developers can someday further expand the story in future games that could be similar.

Overall, Carto is enjoyable. The story, art, and even its relaxing music is something worth the play. I do wish it was a little bit longer just to know the world more. I would love to know the grandmothers’ own adventures and understand the beginnings of these magical cartographers. In conclusion, I wanted more from it. 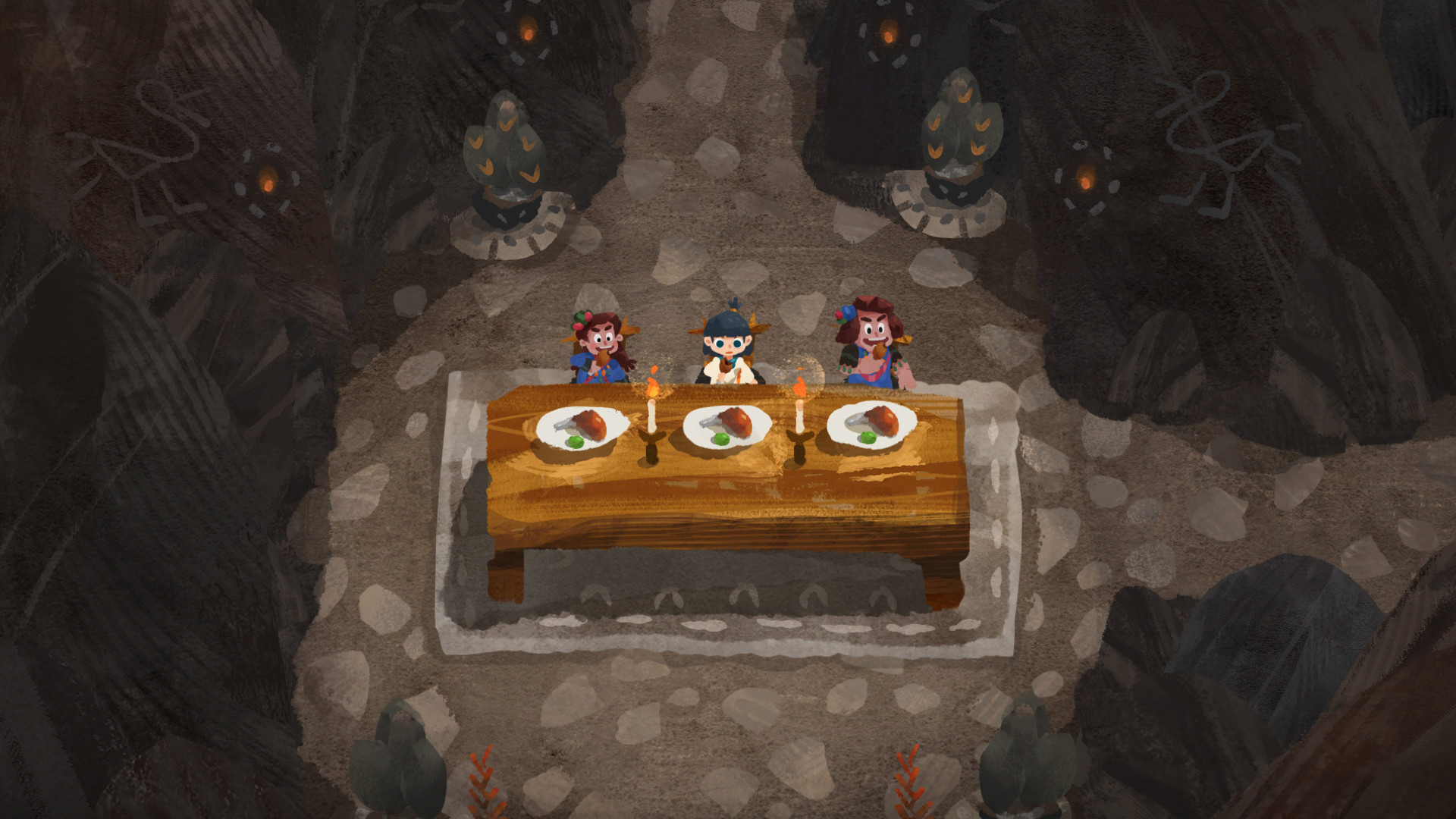 Carto – Review
Score Definition
Almost perfect if not for the nitty-gritty. If it’s quite there but not enough to push the boundaries, it’s still an awesome game.
Pros
Art and Music
Challenging and interesting puzzles
Story and characters
Cons
Very short play time
9
Excellent