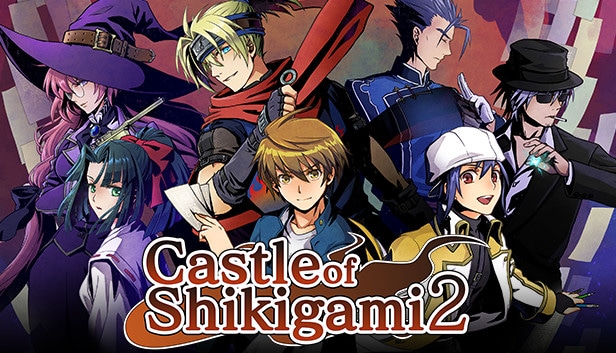 Developer Degica Games have announced a release date for scrolling shooter game, Castle of Shikigami 2. The game will launching on PC (via Steam) this December. Moreover, the game will be launching with two band-new game modes and a completely retranslated English version from the original.

The launch of Castle of Shikigami 2 will also introduce a new Entry Mode for players of all skill levels to appreciate and enjoy. With revamped enemy placement throughout the game, all players can jump into the unique and intertwined storyline of each of the seven main characters and battle their way through five total stages that are broken up into three parts.

Degica Games is participating in the Steam Next Fest and will have a new demo available for Castle of Shikigami 2. Players will get a first look at the game on Steam with 3 playable characters and 2 available stages.

In the game, players choose one of seven characters, each with different unique abilities, and use their shots, special Shikigami attack, and bombs to destroy enemies. The unique backgrounds of each character are intricately intertwined, creating as interesting storyline for the shooter.

In between 5 total stages, different stories will be played for each character, and when playing with 2 players, a completely different story unfolds depending on the combination of characters used, all of which are fully in voiced in Japanese.