Castlevania Producer Said: “Netflix allowed us to make our vision a reality.” 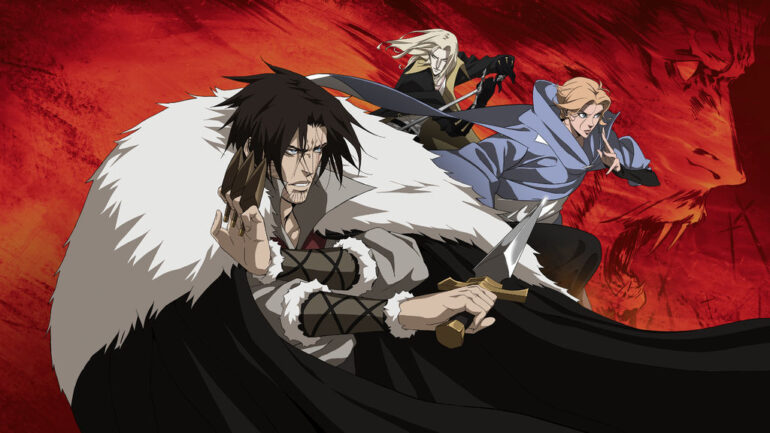 The television series adaptation of Castlevania was met with praise from the gaming community for getting it right. Castlevania’s first season was considered to be the foundation of the story set specifically for Season 2, which will eventually air on Netflix in 2018.

Castlevania’s Executive Produer, Adi Shankar, said in an interview with ComicBook.com that without Netflix his vision and making the series “authentic” wouldn’t have happened.

“Finally, on a personal note, making something authentic for the fans is always a challenge,” he told CB. “Lucky we had Netflix who is an amazing partner and who allowed us to make our vision a reality.”

The support and freedom that Adi had with Netflix made it possible for him to achieve an authentic adaptation of Castlevania.

He also cited what happened in 2012 that another “group” approached him to do a Castlevania live-action movie — which he reassures that there’s no one from that particular “group” is in Netflix. That group Adi talked about wanted to have Channing Tatum to take the role of Trevor Belmont. Adi didn’t feel that the “group” wanted to make an authentic adaptation but to leverage off the “pre-existing brand awareness”.

“As an example of how wrong this could have gone, I was approached in 2012 about making a live action Castlevania, by another group (to be clear, none of whom are involved in this Netflix version). I passed on that opportunity because I didn’t feel like that group wanted to make an authentic Castlevania movie and instead were making a movie titled Castlevania to leverage off the “pre-existing brand awareness” associated with the title.

I was told, for example, that Trevor Belmont had to be American and that Channning Tatum was my front runner. I walked away from what would have been a lucrative deal for me financially because I was a fan, because of my personal relationship with Castlevania, and because I didn’t want to partake in the massacre my childhood. The fact that fans of Castlevania love the show was our greatest victory and the fact that the show has expanded beyond that core audience and into general pop culture has been surreal.”

It’s great to know that Adi Shankar is doing his best to make sure that these adaptations will coincide with the game’s story and atmosphere. It is already confirmed that he’s the executive producer of an upcoming adaptation of an Assassin’s Creed animated series.