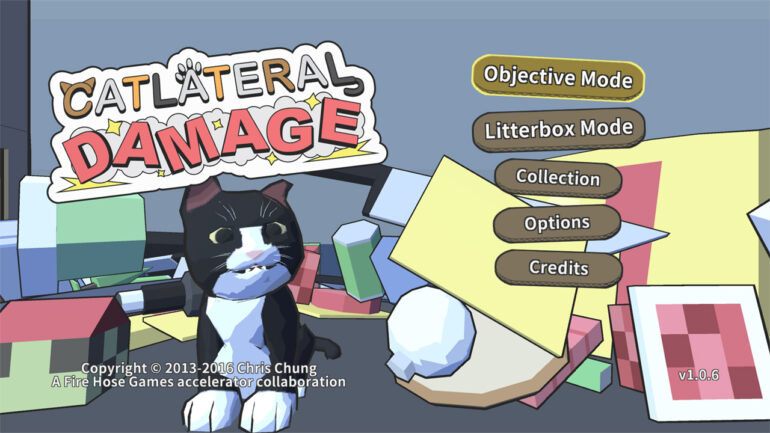 You’ve cat to be kitten me right meow. Catlateral Damage is a FURst-PURRson destructive cat simulator where you play as a cat on a rampage, knocking as much of your owner’s stuff onto the ground as possible. This game rewards your resilience after creating a mess, the more CATastrophic the better, the kind that could make cat owners HISSterical.

You may have a cat. Or Plants. NOT Both.

Whether you may like cats or not, one thing is clear to everyone – cats are incredibly complex creatures and they often do the exact opposite of what you would expect. Call me a crazy cat lady, but most days I wish I was a cat where I’ll say “you can’t find me because I’m knocking things off your shelves right now”. Yep, that’s exactly what I’ll do.

The main objective of this role immersion game is to be a cat. See the world from the perspective of a cat. Move around, jump, and use paws as your weapon. It’s like a dream come true of being in the paws of your own friendly, or not-so-friendly, housecat. But other than that, it’s one of those shallow, never-ending, yet very addictive games that you play and go back to every now and then.

Finishing this game is pretty easy, you’ve got 9 lives (cats don’t die in this game, don’t worry). It has 2 game modes, the timed Litterbox mode where you score as many points in a 2-minute time-frame, and the Objective mode where you can roam freely around and discover stuff. These stuff are collectibles and unlockable, and occasionally you will encounter shiny stuff or glowing boxes that contain boosts or perks. My personal favorite is Catnip. Consuming catnip maxes out your jump, swat and speed for a limited time, and makes the screen go all unsteady, and you as a cat become dizzy, or dazed. 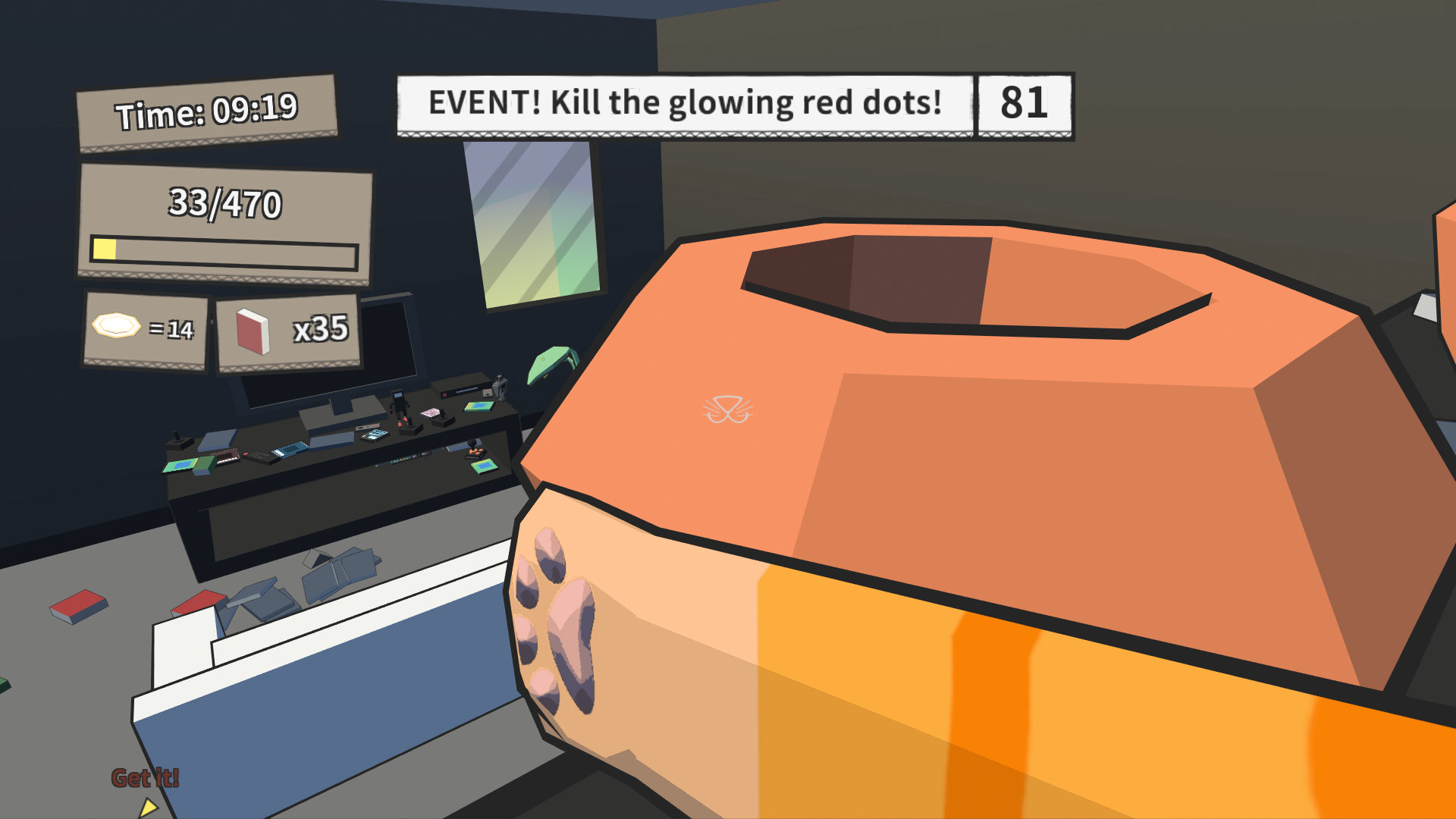 Game controls are smooth, but one has to be good at spatial intelligence especially when playing the timed mode. Timed modes are very challenging because you can’t perfect it in one or three tries. As you play it over and over, you will find yourself more familiar with the places you need to go to and the objects that you need to target. I’ve tried a couple of times, trying to beat my own high score, but there’s just never enough time to explore everything. Left or right, make sure you hit it right. Make sure it hits the ground, otherwise it’d be just crumb.

You also have to be strategic in a sense that you have to know where to climb first to be able to climb up to the next higher shelf. It’s a series of trial and errors for the objective mode. I can say that it’s easier to play this game using a mouse and keyboard, than using a controller. But then again, it still boils down to preference. Catlateral Damage has been available in Steam for the PC for several months now. After a successful Kickstarter and massive exposure on YouTube, it’s finally arrived to be showcased on the Playstation 4 platform.

The game is colorful and very attractive, the graphics are pixelated, undoubtedly made for children, but very engaging. You can change your appearance by unlocking different kitties by knocking over picture frames of cats hanging from walls. Coupled with the music and sound effects, one cannot help but enjoy the experience. Playing this game made my 2-year-old, who was watching me at that time, laugh and squirm. The point is to have fun and we did. 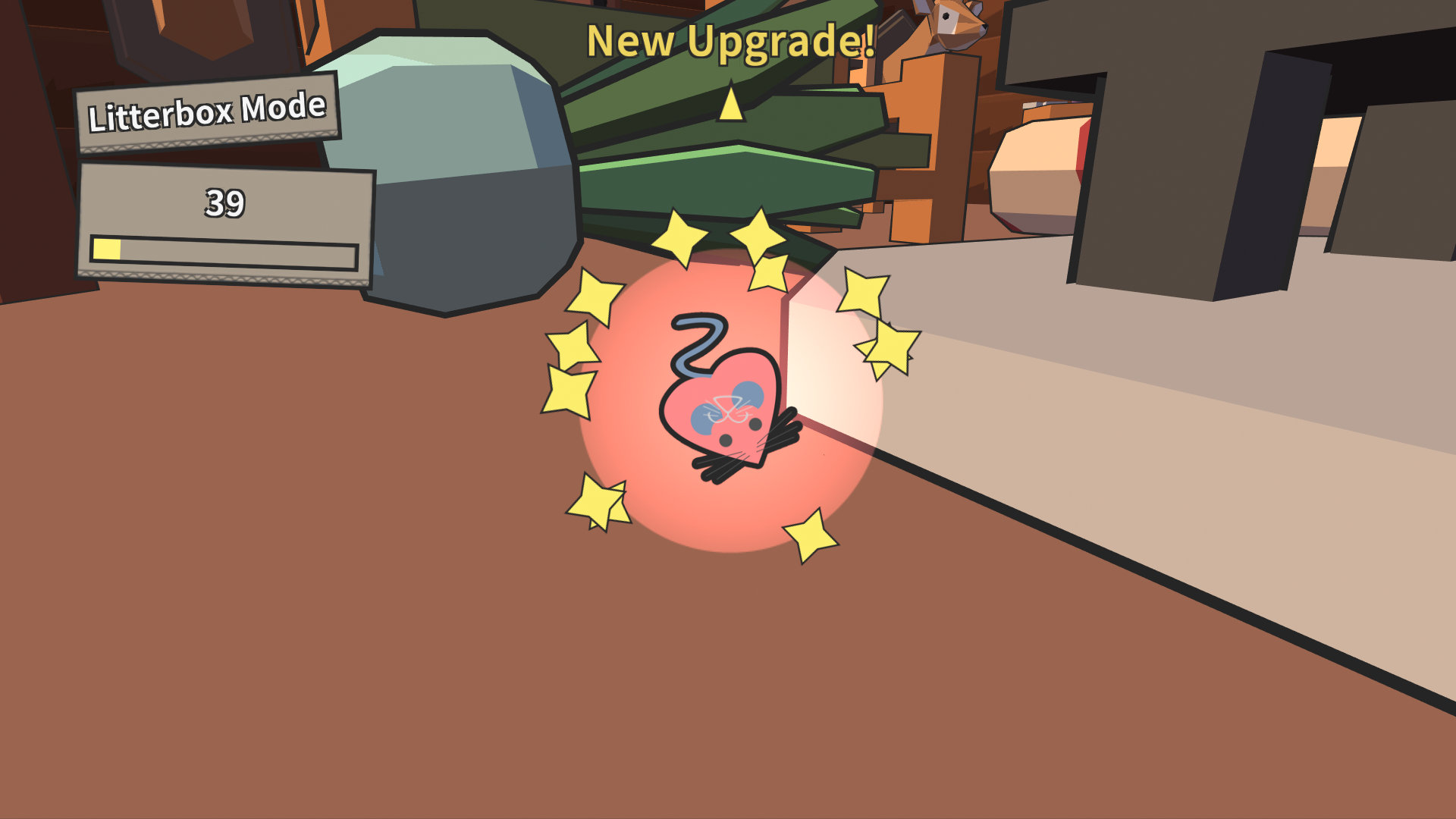 This game first appealed to me when I was reading the blog post from its developer, Chris Chung. Describing it as a highly original and experimental concept that was born out of a game jam, and also knowing that it was inspired by his real-life mischievous cat, Nippy, made it so adorable and made me want to check it out.

If you’re feline like this game is a good PURRchase, for its price of $9.99, it’s worth it. What makes it better is that the developer is planning to add expansions soon, and more for a future with virtual reality compatibility. This game is packed with cute kitties and collectibles, it’s purr-fect for cat-lovers out there.

This review is based off on a copy provided by the developer.