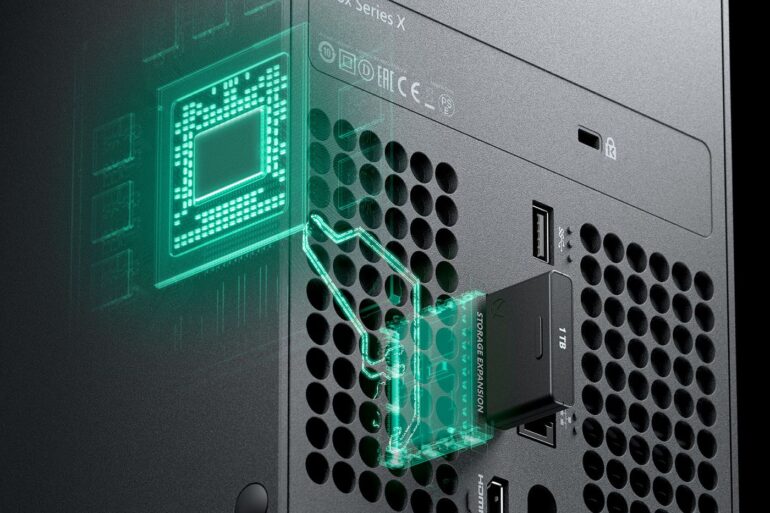 Thanks to a report from Hermitage Akihabara, we now know that a Chinese company has just released a conversion adapter that allows one to install specific M.2-2230 SSDs into the expansion slots of the latest Xbox Series consoles. This would give the average consumer a cheaper alternative when it comes to expanding their storage on their latest generation Xbox console/s and it would also break the monopoly that Seagate has over it.

Mircrosoft’s latest game consoles use proprietary storage expansion cards that are being made solely by Seagate and they cost quite a lot with a 1TB version going for $220. However, the alternative that was developed by Sintech called DIY CFexpress Card PA-CFEM2-C, anyone can put in an M.2-2230 NVMe SSD and connect it to the expansion slot in the Xbox Series console and one can even use it to make their own CFexpress Type-B card for use on DSLR cameras and other card readers. The adapter itself costs $29.99.

However there is a limitation for the adapter because while you can put in any short M.2-2230 NVMe SSD and connect it to the console, the console itself is only compatible with SSDs with a specific firmware and format. There is currently no way to know how many SSDs there are available in the market that are compatible with the consoles.

It’s great to know the there are now other options for the average consumer and that we don’t always have to rely on one company’s products for a few of our needs in gaming. While the Xbox Series of consoles have been incredible and really is an amazing piece of hardware, proprietary storage options feel like a step back in the wrong direction. For one thing this direction was one of the reasons that killed the PSVita and I’m sure we definitely don’t want to see that happen again to any console.