Children of Zodiarcs Review – Decks and Dice and All Things Nice 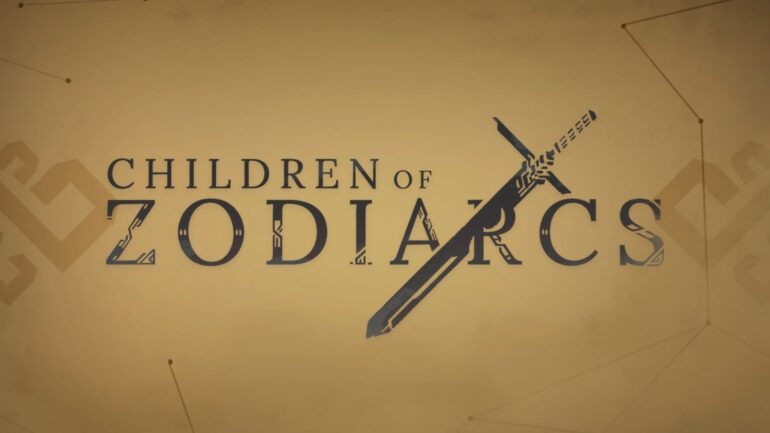 What do you get when you combine tactical RPG and tabletop RPG? That’s what Children of Zodiarcs offers us. Square Enix Collective’s recently backed project by Cardboard Utopia. A game where luck decides who wins or who loses. Let’s get on with the review and see what’s good.

Children of Zodiarcs is a dice and deck building tactical RPG. It reminds me a lot of tabletop RPG and games like Final Fantasy Tactics. Combining both styles of gameplay makes the game challenging and interesting.

The story is about a group of orphans under the rule of a man named Zirchoff. They live in a slum area and are tasked to steal relics from the rich nobles. They possess these weapons called Zodiarcs that hold immense power. The children are on a quest to steal a very ancient relic that will sell for a lot of money which they intend to use to free themselves from poverty.

Your initially start with a group of two people each with their own style and abilities. One is a thief and the other one is a gunner. Along the way you will be meeting different kinds of characters but you will always have three players max in your party. There was never a moment though where I had to swap party members because the story somehow makes it so that you only have three members to control. You will also meet a lancer, a mage and a robot along the way. Although their jobs are not explicitly mentioned, you can tell by the skills that they can use. 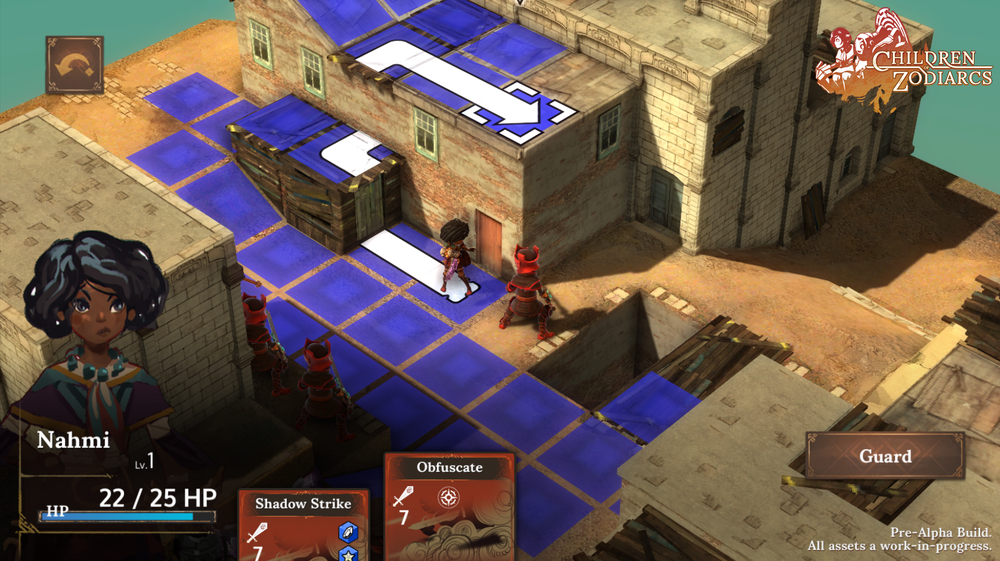 My favorite character would have to be the Brice, the mage of the group. She has a lot of explosive skills that can damage multiple enemies. She also has a wide area of range when using her abilities. The only downside to her is that she can easily be targeted especially since she has the lowest HP out of all your party members. I don’t like her attitude though because she seems to be someone who feels entitled to everything around her. Maybe that’s why I don’t mind if she dies in a battle.

As I mentioned earlier, the gameplay is somewhat a cross breed between tabletop RPG and the classic tactical RPG of Final Fantasy Tactics. You start off in a random area of the map and move your characters in a grid-like area. Although you are moving in a grid, the battle area itself is not flat. It will have elevations and blocked areas that you can’t pass through. Once you have positioned your character, you will then choose between three actions, play a card, draw cards, or guard.

Playing a card involves choosing a card from your hand. You can have as much as seven cards total on your hand. If you draw cards at the time that you have already have a full hand, this will result in an overdraw and it will discard the first card from the left in your hand. If you draw more than one card during this time, it will also discard the equivalent of cards you have drawn. This becomes one of the strategies you need to take advantage of especially if you have cards you don’t like and wish to gamble on new cards. The game does not allow you to discard them manually so you will have to be sure that you are ready for any cards that you lose during overdraw. 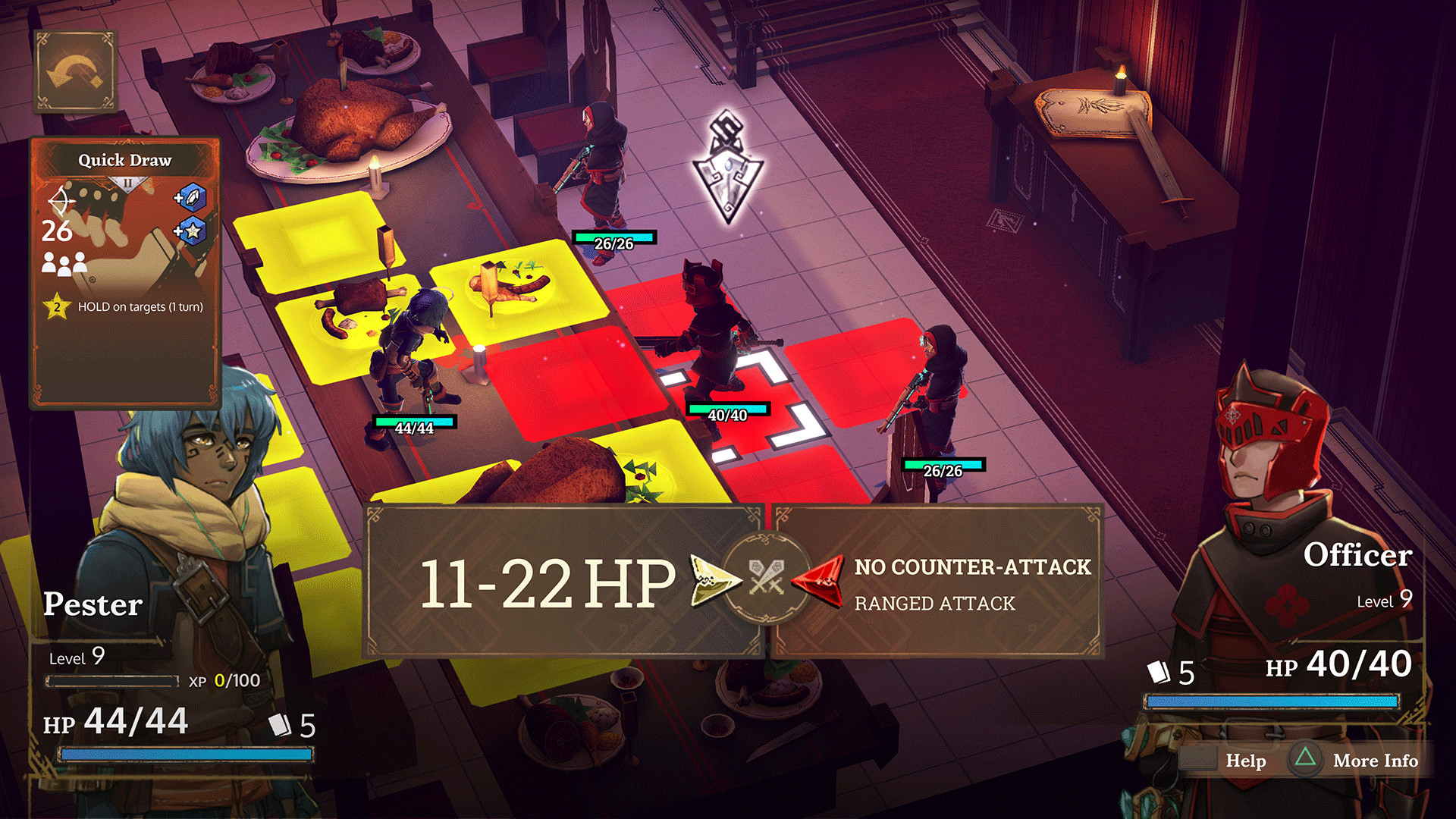 You can build up your deck of cards as much as you like. There are no limits as to how many cards your deck can hold. This also means though that you will have to rely a lot on luck to ensure that the cards you’re drawing are the ones you need in battle. I usually just put all of my cards on the pile to ensure that I have all that I need and then just keep out those cards that I know I won’t be using.

Once you have a card in mind to play, you will then be asked to roll a certain number of dice. How many dice you can roll depends on your level and support abilities you have casted and card-specific add-ons. The maximum number of normal dice you can roll is 6 while you can have as many extra dice as possible. I encountered an opponent once who had about 10 dice that he can roll and you can just imagine the damage that it can dish out. 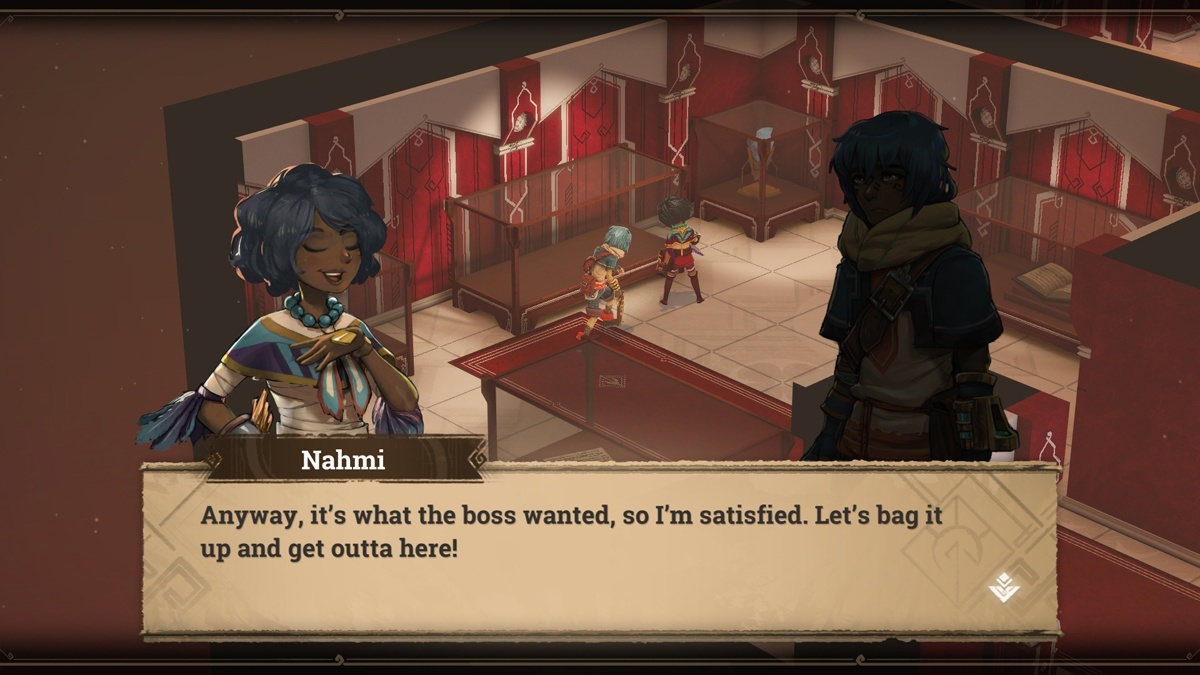 Speaking of the damage you can dish out, it all depends on the dice that you roll. There are six types of normal dice rolls and there are also four types of cursed dice rolls. The six types are the shard, the shield, the heart, the card, the lightning and the special star.

The number of shards you roll will be used as a multiplier to how much damage you can inflict on an enemy. The shield will reduce the number of damage you take from a counter-attack. You can avoid counter-attacks though by positioning behind an enemy to do a backstab. The heart will heal you with +10 HP each. The card will allow you to draw a card on your turn. The lightning will allow you to get a free action right after you execute your turn. And last but not the least, the special star dice will allow you to execute a special ability that is written on the card. The more powerful the ability, the more special dice you need to roll.

On the other side of the spectrum are the cursed dice. They are marked as a red-faced die. Rolling the cursed shard will lessen the damage that you inflict. The cursed card removes one card from your deck and the cursed skull will take -10 HP from your life. You do have a chance to re-roll two dice if you ever don’t like the dice that you have rolled. You can do this every turn and it does help turn the tide of battle in your favor. So use it as much as you want to ensure the win. 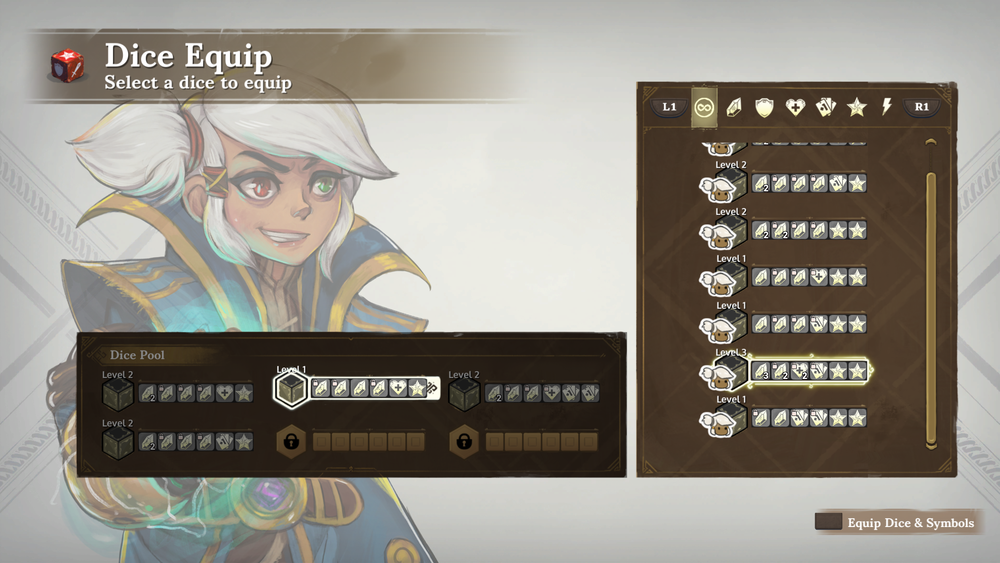 The game also allows you to equip a dice up to six dice slots on your character. This will help you mix and match which dice you will need in each battle since every time a battle ends you get a time to equip and check your cards. You can also craft dice by choosing one die from your dice set and sacrificing a certain number of dice from your other unused dice sets. The dice and cards also evolve the higher your level is so make sure to keep watch on them whenever your character levels up.

Children of Zodiarcs is an intelligent and rewarding game. It’s a game about making the right moves at the right time and also hoping that lady luck is on your side. It is not an easy game to play and you can get easily frustrated if you lose especially since you might be spending a long time in an area just to win it. But it is a very rewarding game and it has a solid storyline that you can follow. There is even a side mission that you can take should you need to take a break from the main missions. There are also skirmishes in places that you have already been to allowing you to level up your character. There is also an arena that will challenge you to the best of your abilities and luck.

If you are a fan of tabletop RPG and classic style tactical RPGs then this is a game for you. The game offers limitless hours of gameplay and you can easily get lost in its environment. A game that will truly challenge you and a game that will reward you for your efforts. It is truly a masterpiece on its own. 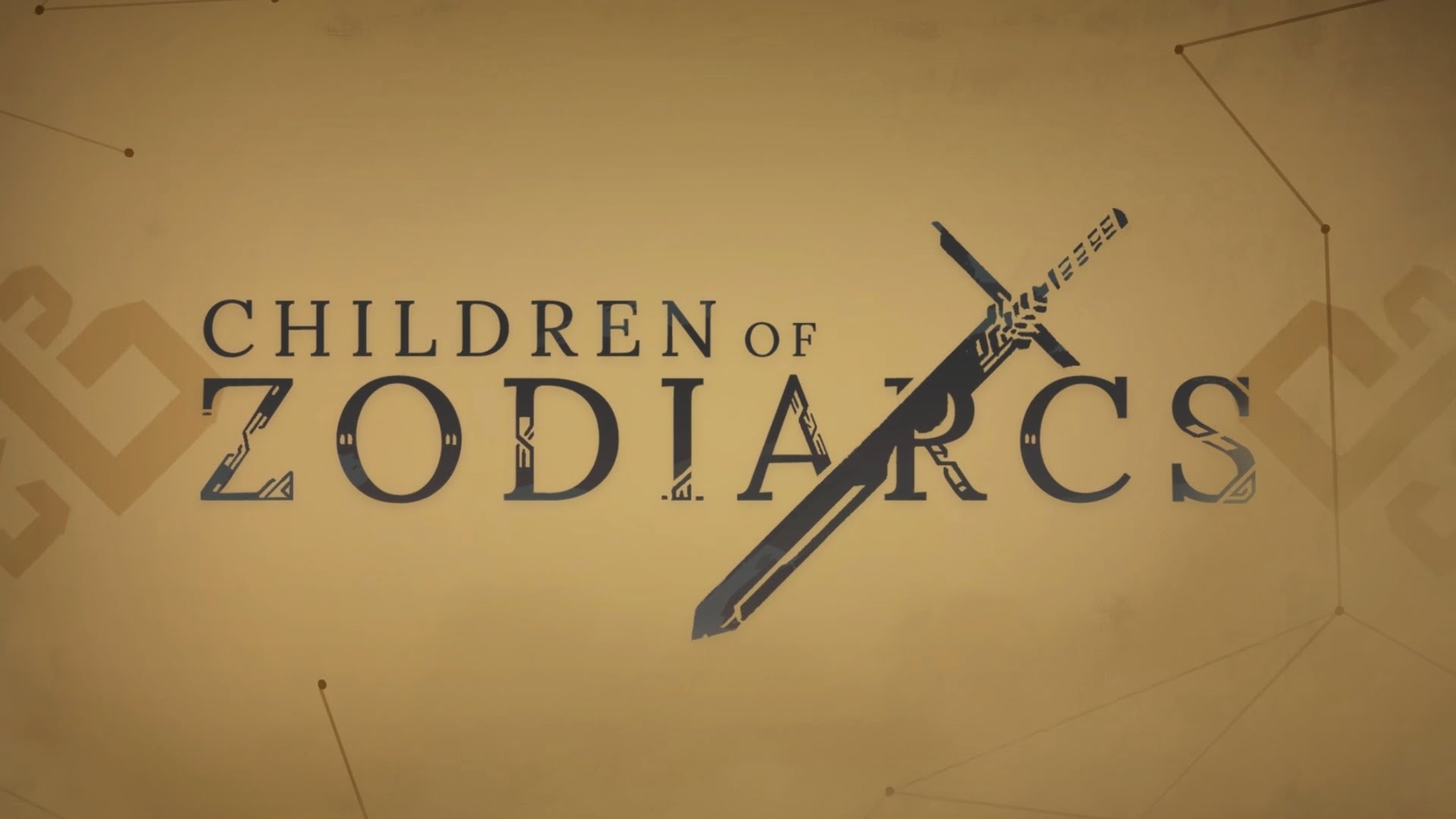 Children of Zodiarcs - Review
Score Definition
May it be the likes of Shadow of the Colossus or Metal Gear Solid, if it’s quite there but not enough to push the boundaries, it’s still an awesome game.
Pros
Challenging gameplay
Cards and Dice!
Variety of Skills and Abilities
Nostalgic
Cons
Fixed camera angles
Too many enemies, too few allies
9.5
Excellent