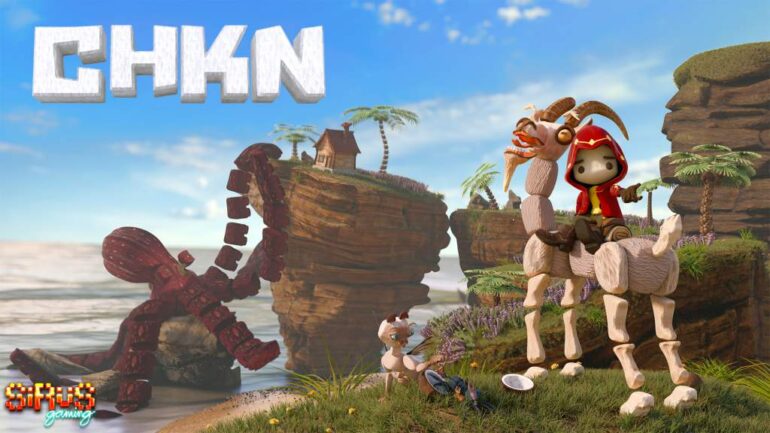 Katapult, a new indie digital entertainment studio, announced today the availability of its first game, CHKN, on Steam Early Access. CHKN is an open world sandbox game where life itself is your strongest tool. Players assemble unique creatures from an inventory of over 80 creature parts – the combinations are endless.  CHKN appeals to gamers of all skill and age levels. Using Katapult’s proprietary AI engine, creatures come alive and often times have a mind of their own!  With Creative, Adventure and Multiplayer modes, there is an abomination for everyone.

“Katapult was founded to make a positive impact on today’s creative generation through technology”, said CEO, Kyra Reppen, who was formerly head of games at Nickelodeon.  “I’m incredibly proud of the development team and the amazing strides they have made already with this game, testing the limits of AI and tools for self-expression. We aim to bring new experiences to the creative sandbox genre with CHKN. As we continue to develop the game, additional creatures, abilities and biomes will be added as well as improved AI and multiplayer mode.”

Pricing and Availability
Beta v0.1.0 is now available on Steam Early Access for Windows, Mac and Linux Operating Systems. Priced at $14.99 the game is slated for full release in six to twelve months.