Chronos: Before the Ashes – Review 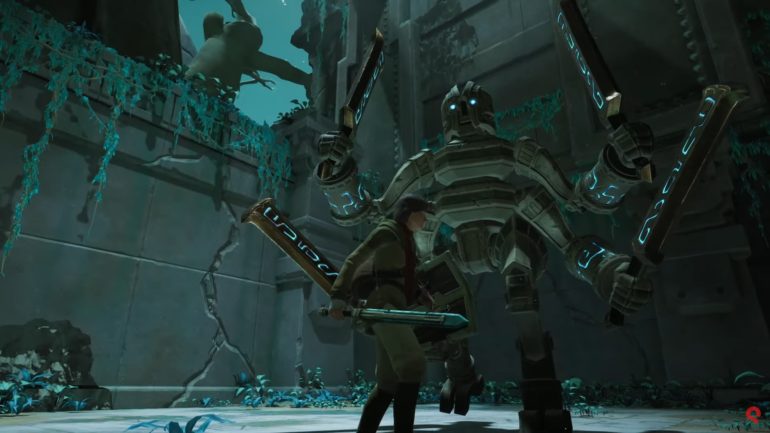 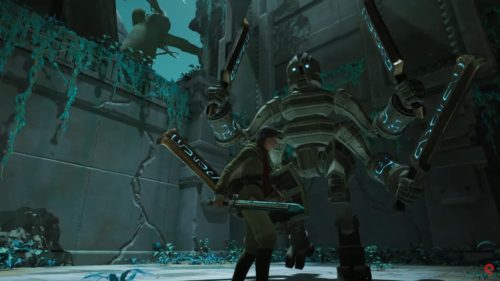 There is no other type of video game that I personally love more than souls-like games. This formula which FromSoft popularized with the release of Demon’s Souls in 2009 has since been paid tribute to, copied, and improved upon by many other video games from a wide array of developers and studios. Chronos: Before The Ashes is another game that falls under the souls-like umbrella.

This third-person action RPG uses mechanics many gamers are familiar with right about now. Almost every year, there are at least one or two games that get released that follow the souls-like formula. Gunfire Games, the developer behind this game, did not just follow the formula to the teeth, though. They added mechanics of their own to make their game distinct and fresh. The art direction is different. The gameplay is different. Some mechanics are borrowed, and new ones are incorporated. Let’s talk about the gameplay first since it’s the most important aspect in souls-like games.

Chrono’s combat mechanic is reasonably fluid. The attacks you perform don’t feel that clunky, which is essential when playing a game that puts gameplay at the forefront. There are several weapons you can carry in the game. A sword, an axe, a spear, and more. The effectiveness of these weapons will vary on the stats you prioritize, but a few of these weapons don’t feel as fun to use as others. The spear, for example, I found to be a dull weapon. Its attacks are monotonous which makes the gameplay boring.

This game is also not as difficult as other souls-like games. The combat is very forgiving. Even the checkpoint placements are forgiving. One is never too far from the previous ones. You’ll eventually gain access to multiple shortcuts. You are never berated with multiple enemies at once. Many of the enemies never seem threatening. There are a few that do make things more difficult than usual and this is where the combat mechanic of the game shines. Well, these ones and the boss fights. The boss fights are very entertaining. There are only a few of them but each is unique in its own way. Once again, these boss battles aren’t too difficult for as long as you know when to dodge and when to attack.

You also have the ability to heal, but the way you do isn’t as quick and seamless as you’re used to. Healing takes a few seconds in this game, meaning you’ll need to incorporate it into your strategy, which is a brilliant addition considering the laxer challenge.

Then there’s the death mechanic. The death and respawn system in this game is very worthy of discussion. Each time you die, you can only re-enter the world one in-game year later. Meaning, every time you respawn, you will have aged a year more. With age come stats. You gain your first one when you reach 20, and another after every decade. Aging will alter your stats as well. The further you age, your strength, and agility will lessen, but your arcane will get stronger. The older you become, the less strong and swift you will be, but you will be all the wiser for it. This is a very unique way of handling the death and respawn mechanic that’s present in every single soul-like title. It is an odd mechanic as well since it almost encourages you to die constantly if you want to attain the other stats in the game.

You will do a lot of puzzle-solving in this game. This is an aspect I personally found to be more challenging and engaging compared to the combat mechanic. You will need to do a lot of exploring to discover an item, which opens a certain gate, which leads to the next area. Many of the puzzles in the game are very interesting to do. One in particular by the end lets you do a literal sliding puzzle that conjures paths upon solving. If you love puzzle solving, you will most definitely enjoy completing this game.

Now, let’s talk about how this game looks. The graphics are decent. Most of the worlds in the game look very mystical and magical, akin to Legend of Zelda or Genshin Impact. However, one particular level, the one that’s most modern, looks very different from all the others. This level almost looks photorealistic–very similar to Remnants, actually–while the others are more brushed and artistic.

The level design itself is more than spectacular. These levels are so incredibly well constructed. They interweave to one another beautifully. Shortcut placements are incredibly smart and seamless. One level by the end of the game has you moving from one area to another via paths that form in the air only as you are approaching. The way these paths take shape from nothing is very satisfying to watch and getting from point A to point B in this manner is equally as satisfying.

On a side note, should Gunfire Games ever consider creating a horror game in the future, I have a feeling that it would be an amazing one. There are a surprising amount of horror elements in this game. It’s not it’s many, but this game can instill terror in you if it wants to. There’s one enemy type, in particular, that’s a reference to Doctor Who, and I’m telling you, those enemies are the first ones that genuinely scare me in quite a while.

One downside of the game is that it is very short, which is unfortunate. If you wanted to, you could play this game from start to finish in just under five hours. It’s understandable given its lower price tag compared to other lengthier games, also considering this game was initially made for VR before it was ported to other consoles.

While I did have an amazing time playing, there’s one thing that bugged me the most. The camera angles. The camera will either be trapped behind a wall or other obstructions, or it will swing around on its own. These most especially occur in narrow spaces. This was incredibly frustrating, thankfully it didn’t happen all that often. Still, I’m hoping this is something that can be fixed in a future patch.

All-in-all, Chronos: Before the Ashes is great. It had a decent combat mechanic, the puzzles are entertaining, the age mechanic is interesting, and the level design is phenomenal. It’s not the perfect souls-like title, but it’s one of the more decent ones you can play. 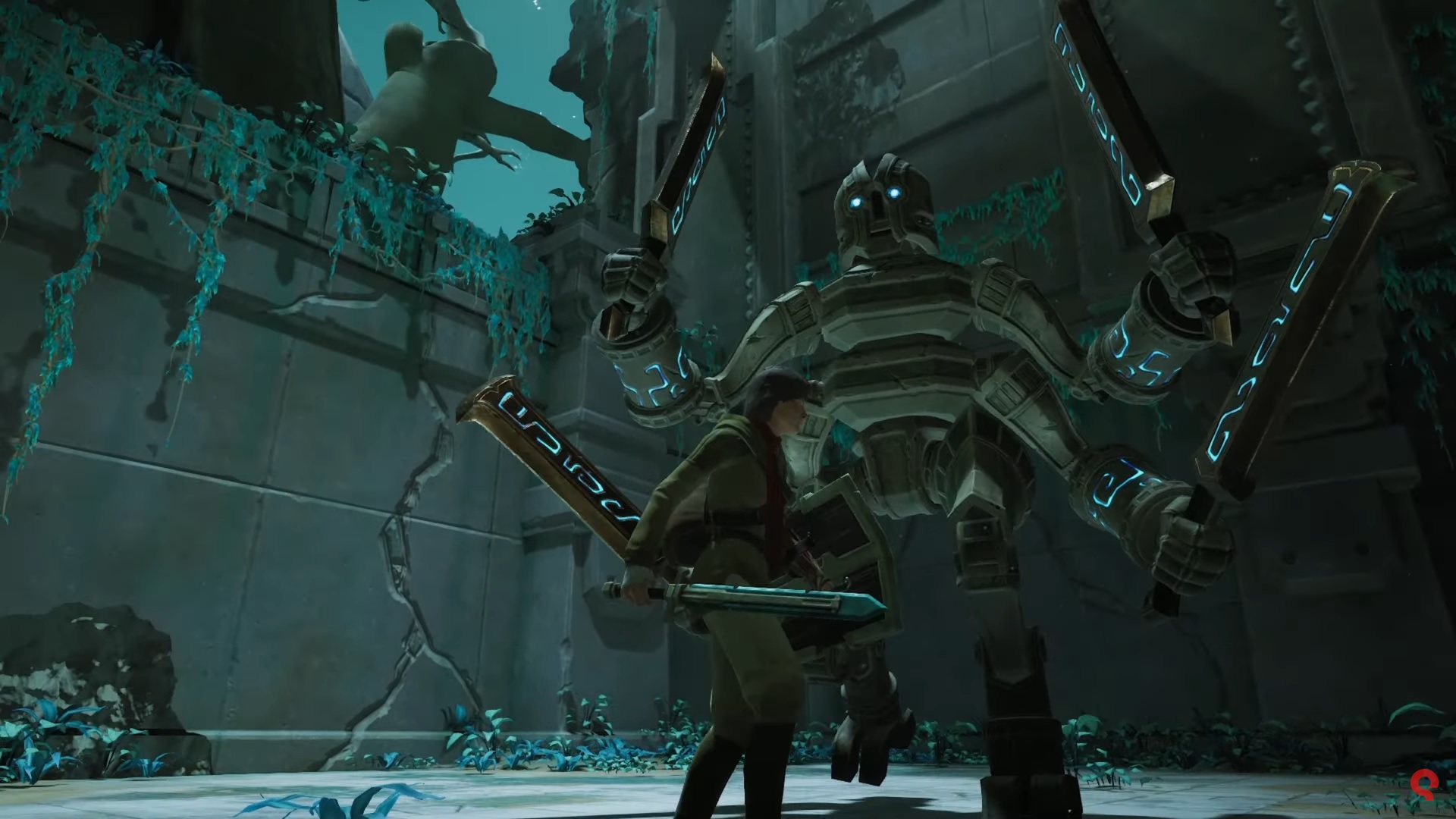 Chronos: Before the Ashes – Review
Score Definition
When the issues of a game are rolled and stomped by its greatness, then it’s something to invest on if you have some spare.
Pros
Incredible level design
Decent combat
Fun puzzles
The visuals are great
Cons
The game is too short
Minor camera issues
8
Great