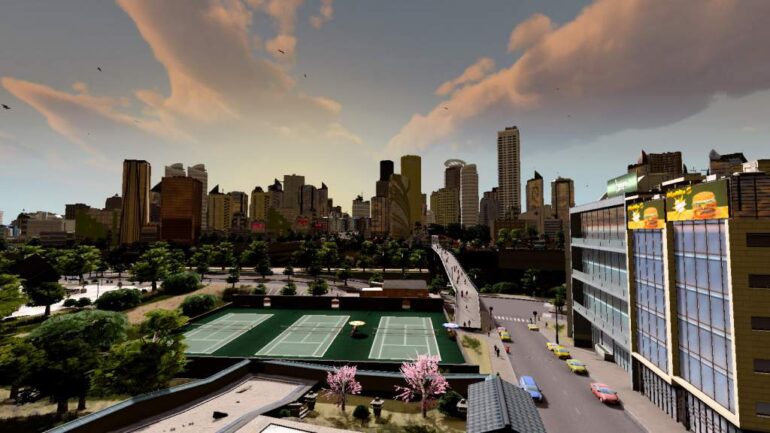 My city started out well. The city districts were properly laid out: easy availability of public transportation, great healthcare services, wide police coverage, quality education, well placed roads, etc.; the trademark of a bustling metropolis. Then one in-game day later, I noticed my people started getting sick and I was like: I have the healthcare, it shouldn’t be an issue. The ambulances started to zip around the city picking up the sick and transporting them to the nearest hospitals. All was well, but soon the amount of sick people started piling up. House to house, building to building, city block to city block, my city was sick, worse my city was now starting to die. Adding in to the mix of ambulances are now the black hearses originating from the cemeteries and crematoriums. In desperation I increased my healthcare budget to the maximum, but it did not solve it. Finally I decided to pause my game and looked at my city though the different layers of information, and lo and behold there was the issue: there was a slight back up of sewage water from my waste treatment plants into my clean water pumping plants. I probably should have paused the game earlier, but it is this sort of situation that gives city-building games its charm. 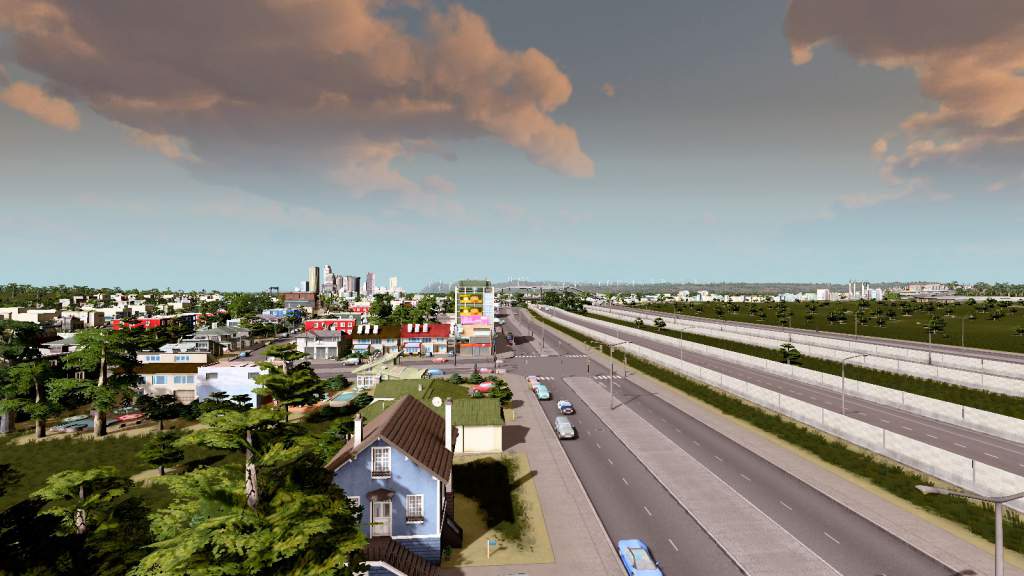 Cities: Skylines starts with selecting what map you want to play on, from there you are in charge of a small 2km by 2km plot of land with a nearby freeway leading into your soon-to-be city. From there you start your little fledgling city with some simple roads, basic utilities, and small plots of residential zones for your citizens to stay, commercial zones where some of your citizens will find work or spend their money on, and industrial zones for your citizens to work and make products for export later. Some of you might be worried by now: didn’t the latest Sim City do the same thing? The concern is warranted, but do not worry. As your city grows, a window will pop-up informing you have reached a milestone, and as you progress, you will unlock the ability to purchase new building options and more importantly the surrounding land around your initial plot.

One of the earlier unlocks in the ability to zone a district, with in a district you can rename it to anything you want, you can put down policies in that district that provide free public transportation, limit water and electricity usage, no pets allowed, and so on. If you were to put in a district an industrial zone, you can control what sort of industry it will be. Do you want agriculture? Wood cutting? Or just the good old dirty industry? There is an issue with zoning though, as there is no way to control how much of a zone you can zone. There are some annoyances with the zoning, as there is no clear or direct way to control how much of an area you want to zone. If you were to put down a long straight road and then zone it for example with low-density residential, it would occupy the entire zone with low-density residential. On the topic of roads, it doesn’t feel as refined as in the latest Sim City; in fact it can feel awkward at times with the roads connecting in weird ways. Lastly are the parks, in Cities: Skylines you can create your own pedestrian lane, but you cannot build off from them. So if you plop down a park, it has to be beside a road, so it is really hard to create a continuous park.

Building a city is half the battle, as managing it also a crucial part and this is where the user interface comes into play. Taking cues from the latest Sim City, the interface is clean and direct. One button shows your finances where you can adjust taxes of different sectors, budgets for your different services pull out loans when you are in financial trouble or need the extra money to kick start your infrastructure overhaul. Another inspiration from Sim City is the overlays, which display various information in colors, such as traffic congestion, land value and health coverage.

All things are sunny and all, but it is always sunny in a bad way. Cities: Skylines does not have a day-night cycle, instead you are plunged into an eternal day time, and it may break the immersion for some players who enjoy seeing their metropolis visually change overnight.  Another gripe is the locking out of some building features until you have reached a certain milestone, and while it teaches planning in advance, it just gets frustrating that you have to tear down the original parts of your city to make way for bigger roads along with the limiting of purchasable plots of land to only nine. Then we have the limited amount of building models, where buildings would often repeat to the point you would might see five of the same buildings one after another on one street. Then again, this is where the community steps in and puts their creativity to work. 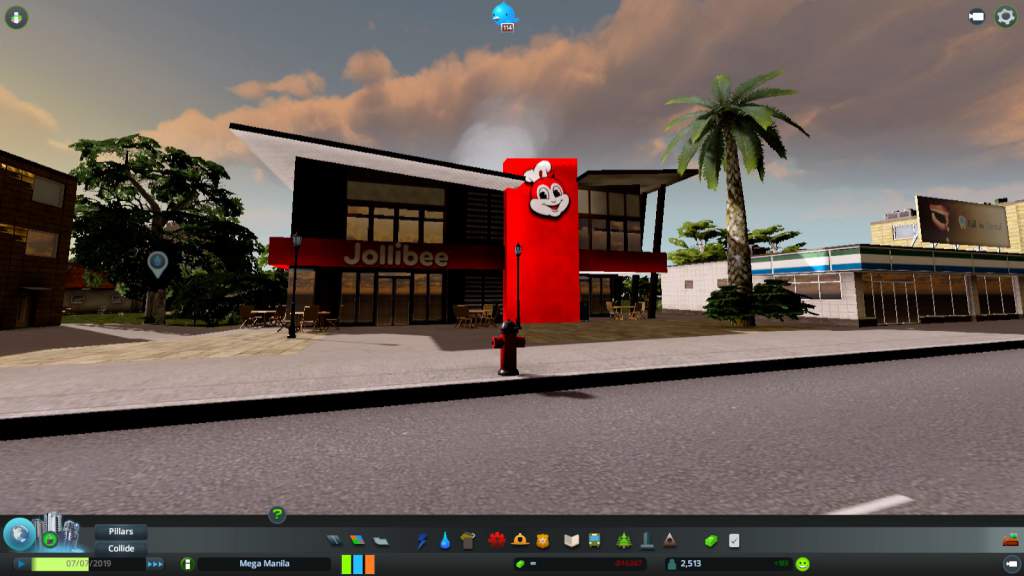 Steam Workshop integration was available since launch, and with it a slew of game modifications appears. From the aesthetic mods that changes the visuals and effects, to building mods that add new or recreated from real life buildings to the game like a Jollibee outlet(a popular fast food chain in the Philippines), to improvements to quality of life mods that improve traffic AI or give the ability to manage traffic in a firsthand approach. A lot of the previously stated issues have been addressed by the modding community, even the day-night cycle has been added although it is very limited, but it proves that the game is very open to modification. Although, I personally would have wanted the day-night cycle to have been implemented from the get go rather than relying on modders to add it in later.

In conclusion, Cities: Skylines fills the void that the recent Sim City failed to live up to, and even with its short comings, it is a good city-building game and is one of the best in recent years.