Do you still remember watching the timeless Disney Classic – Aladdin? That cute street rat from Agrabah that always keeps the town on its toes for its food and money? Ever wonder how it feels to be like him? To beat your way through the bustling corners of the city and claim the treasures lay hidden within? Then this game’s definitely for you. 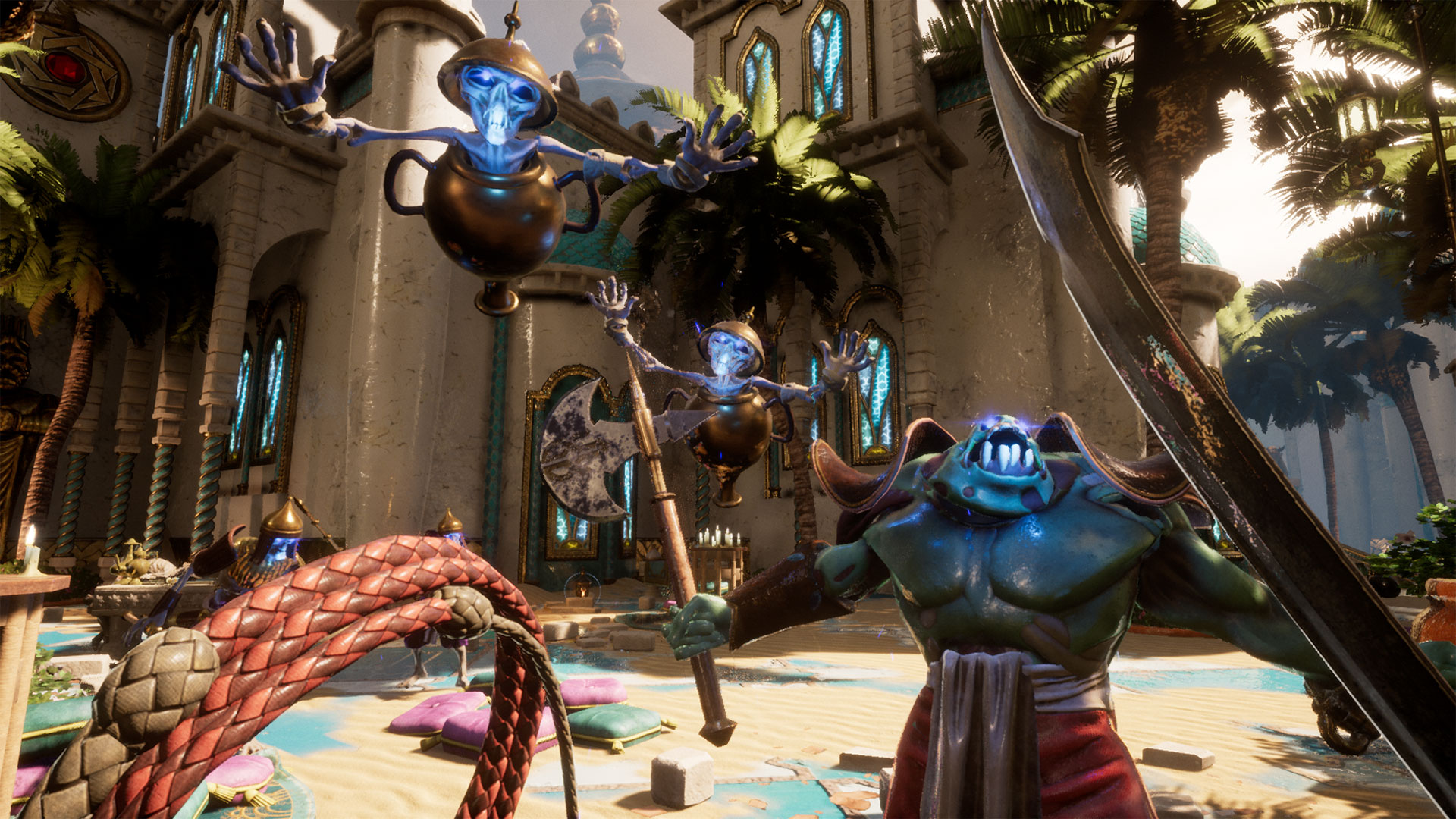 Developed by Uppercut Games, this hack and slash adventure game consists of levels where everything is strategically set — all the player needs to do is to navigate his way through a maze-like city grabbing loot and killing enemies such as skeletons with scimitars as well as ones who don’t but will come at you like a seasoned quarterback.

The adventure takes place in an abandoned, Arabian Nights-based location where you need to avoid traps and obtain lotsa loot to be able to survive the coming levels. Once he gains enough loot, it can be used to purchase upgrades for his character that can be useful to traverse the higher points of the game as well as defeat the genies that have been summoning the skeletons swarming the entire area. It comprises of 12 levels, each with its own unique boss run.

Defeating the boss in each level unlocks a checkpoint that allows the player to start over on that certain level without having to go through the previous ones if he doesn’t feel like it. The set-up is set across four different districts which allows an inconsistently consistent experience since the rules of the game are pretty much linear as it can get. Go through each level, loot, trap, kill enemies; Bring down the big boss to proceed to another level, REPEAT. 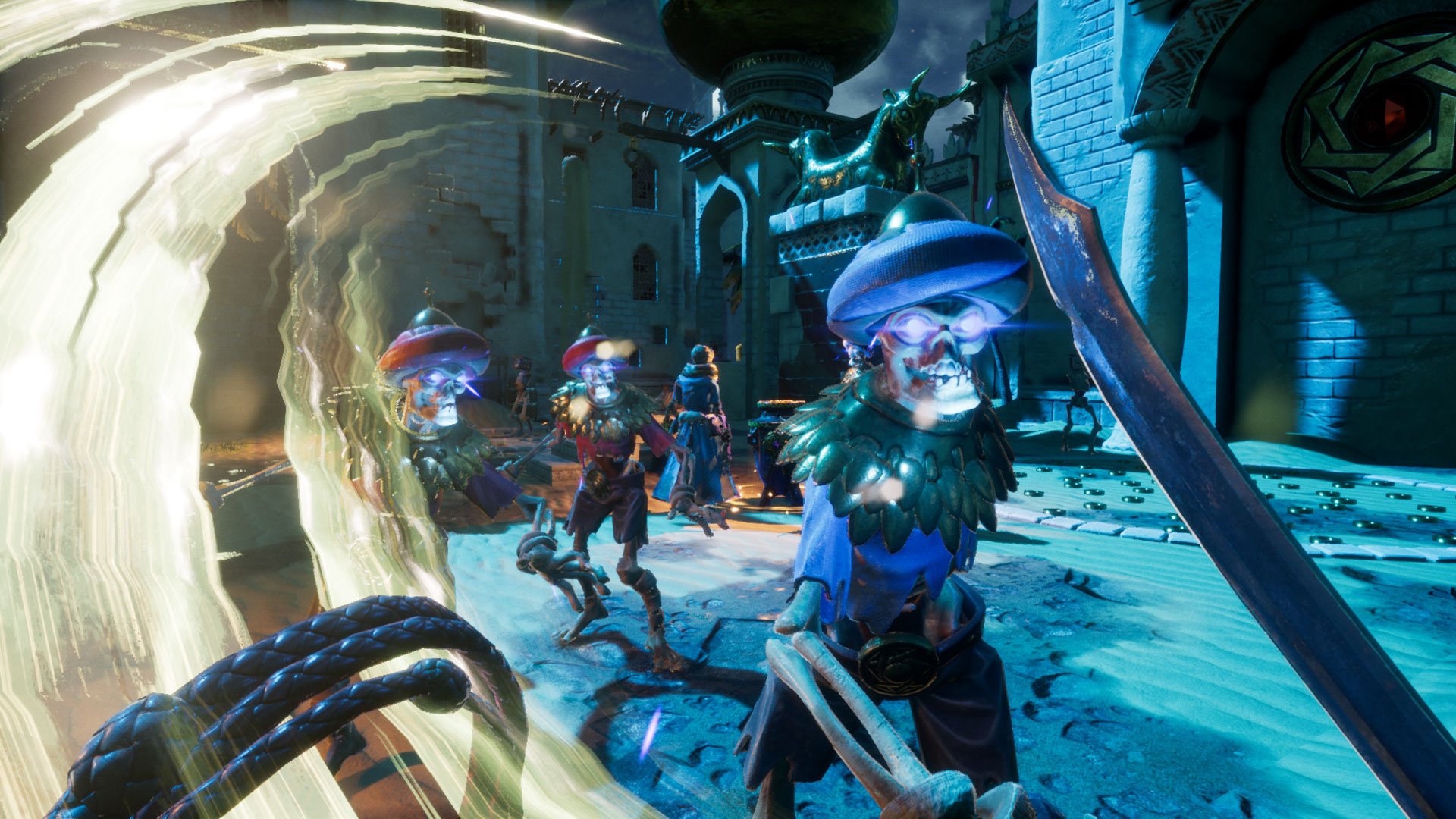 New weapons can be purchased to replace the default weapon you started with. Gold saved can be used to either improve passive abilities or replenished lost health on each traversed level. Upgrading the character as well as its weapons is a necessary requirement to be able to take on the higher points in the game. A unique genie can be purchased as an ally to assist the character in obtaining money, destroy traps found at random places or to fight alongside the main protagonist. Either way, it can be made into a very valuable ally. Though the genie will only be made available on the level where you summoned it and will not progress with you unless you re-summon it again, the feel of having someone accompany you in a place crawling with corpses makes it easier to bear.

What I found particularly unique about this game is the sword-whip tandem which is not that common in a hack n’ slash game. Usually, you would expect a gun & sword, a gun and a rocket launcher or even a gun and laser beam tandem just like in Destiny 1 & 2 or the very cliché sword and shield found in Elder Scrolls: Skyrim. But City of Brass brings new food to the table which I for one can say is refreshing as far as weapon combos go. The whip can be used to attack and disable both enemies and traps while your sword can deliver finishing blows that drive your boney enemies to pieces.

What I find most challenging in this game is its controls especially when handling the whip. Since it can be used for both offense and defense, you pretty much use it all the time! You can avoid being impaled by traps by whipping them, once you decide to give a go, you will end up getting disappointed since sometimes the whip and the trap won’t connect as much as you want them to which can sometimes lead your character to its measly demise. 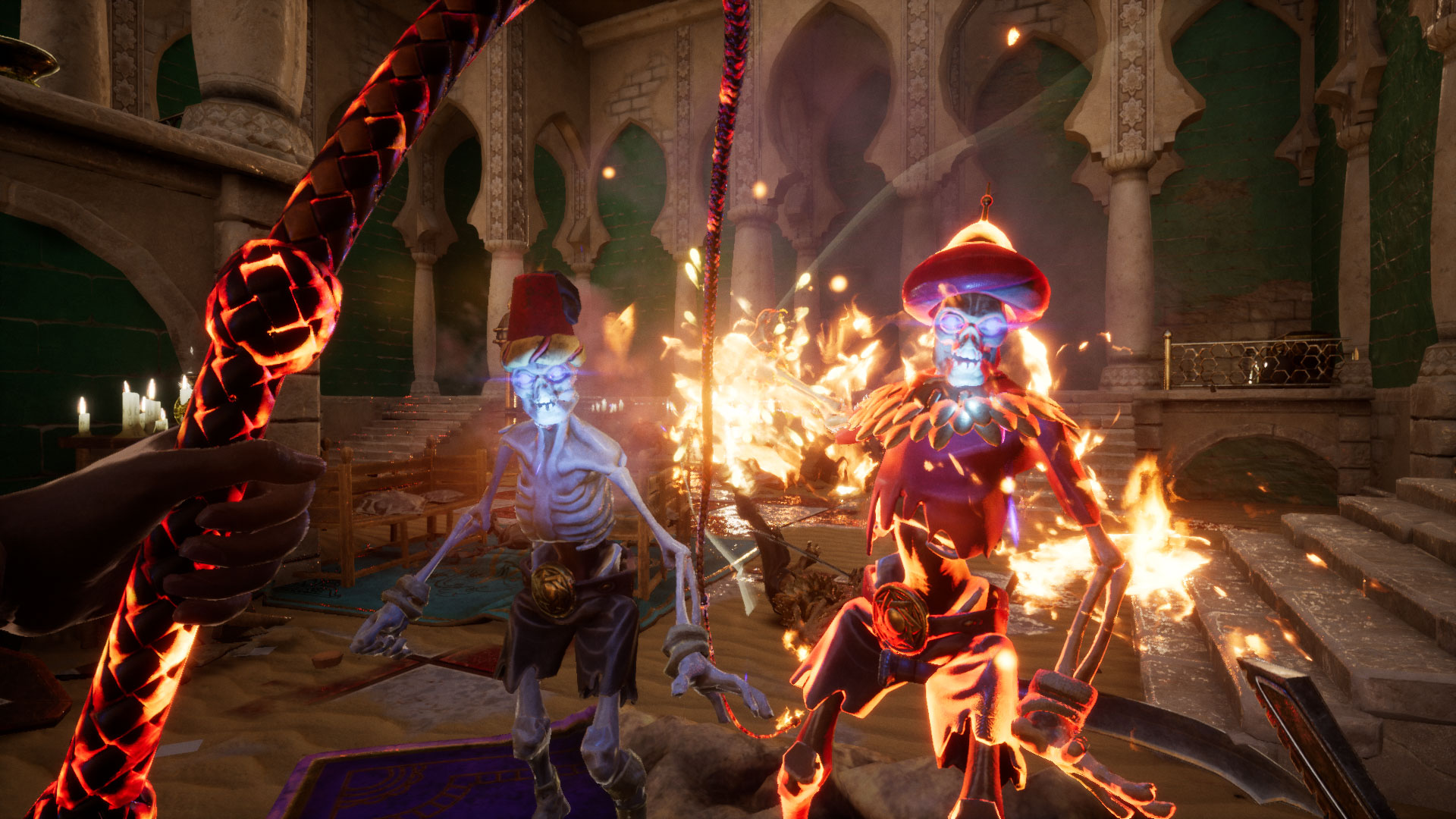 It is quite different from the other first-person hack n’ slash games I have played. The sensitivity, as well as its effects, are quite slow if you compare it to other games like the Far Cry Franchise. Even though I tried to amp up the sensitivity to possibly give it a boost it still didn’t give me the fast-reacting movements I expected especially when turning around corners or evading enemies. The sound effects were repetitive and the music becomes all too familiar as the game progresses.

Since I have played other FPS games like Destiny and Far Cry. I can’t help but long for the fast-paced action these two gave me. But since it is a mortal sin to do so and the game has a charm of its own that sets it apart from other first-person shooter games I’ve come across, I’ll leave my piece with this game as independently as possible. 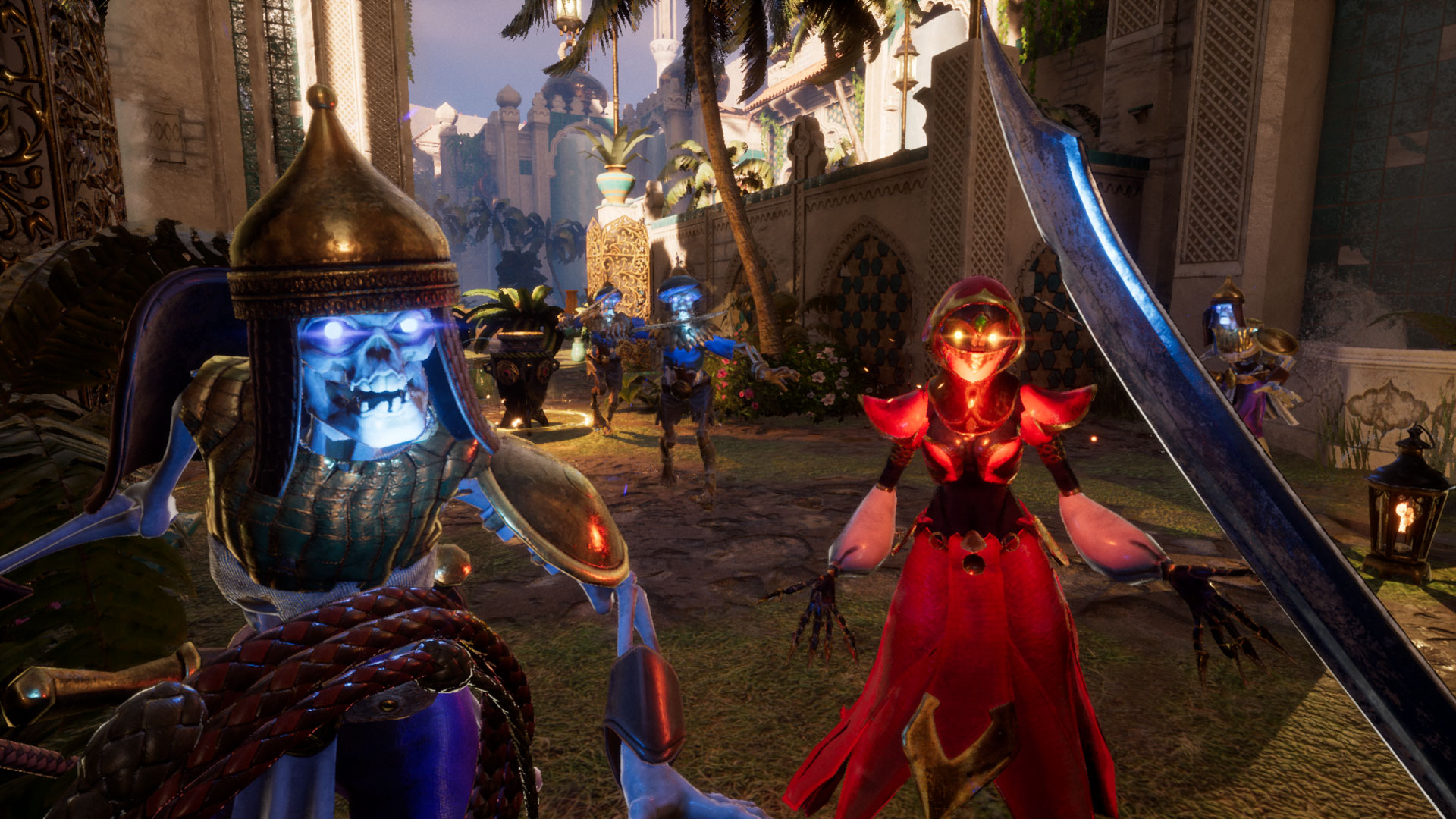 City of Brass - Review
Score Definition
We tell you, it’s a good game! It’s not average! It might have some problems here and there, but you have to admit it is a “Good” game.
Pros
Interesting FPS Mechanics
Unique Weapons: Whip and Sword
Cons
No background story
Quirky Controls: whip does'nt always disable traps
7
Good